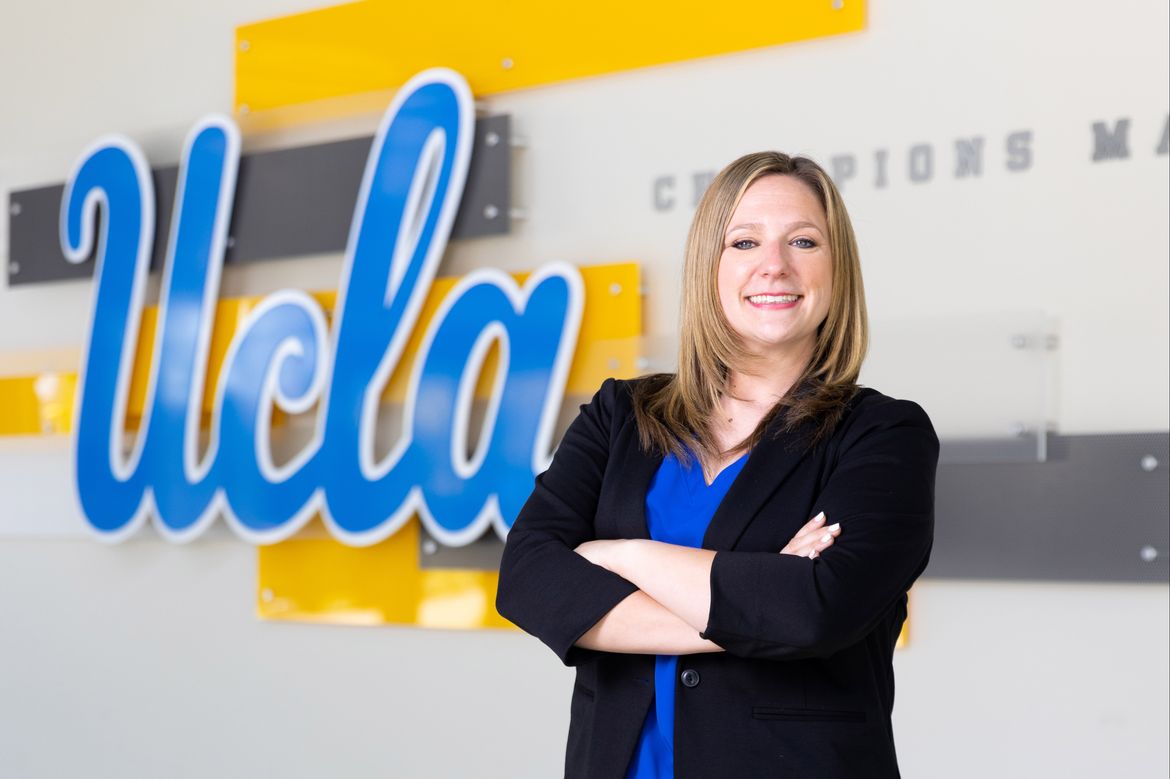 Three weeks after the position came open, UCLA has already found the new leader for its decorated gymnastics program.

“Janelle has been exemplary at connecting with and developing young people at every level of her coaching career,” UCLA athletic director Martin Jarmond said in a statement. “Her enthusiasm and energy is contagious. She understands and respects the Bruin legacy and the commitment to excellence this program deserves as one of the best in the country. I am extremely confident in Janelle’s ability to lead the Bruins and am thrilled to welcome her to Westwood.”

McDonald replaces Chris Waller, who resigned on April 19 after three years as the head coach and 20 years with the program. This past season, UCLA failed to qualify for the NCAA championships as a team for only the fifth time in program history (two years in a row) and dealt with additional turmoil. According to multiple reports, a gymnast used a racial slur that caused discomfort among some teammates and, eventually, caused a gymnast to transfer out of the program.

McDonald will inherit a talented group – Jordan Chiles and Emma Malabuyo just completed their freshman seasons – and is eager to get to work.

“I am honored and so grateful to be joining the UCLA Athletics family! From the moment I stepped onto campus, I could feel the Bruin pride and tradition of excellence around every corner,” McDonald said in a statement. “I would like to thank Martin Jarmond and Dr. Christina Rivera for entrusting my vision and passion to lead this program into its next chapter.”

McDonald helped coach Cal to unprecedented success during her four seasons in Berkeley (2019-22), as the Golden Bears won their first-ever Pac-12 regular-season title in 2022 and earned a seventh-place NCAA finish in 2021, which matched the best finish in the history of the program.

Serving as the team’s uneven bars head coach, McDonald coached Maya Bordas to Cal’s first-ever NCAA individual title in 2021, while the uneven bars squad finished the regular season ranked No. 1 in the nation and tied an NCAA record with a team score of 49.825. During her tenure, Cal gymnasts earned a total of 17 All-America honors, including six on uneven bars.

McDonald was honored in 2020 and 2021 as the Women’s Collegiate Gymnastics Association (WCGA) Regional Assistant Coach of the Year.

“My experiences in Berkeley and with the student-athletes on the Cal gymnastics team have pushed me to become a better version of myself and have prepared me to take on this new opportunity,” McDonald said. “I cannot wait to get started with our team and build with them a culture that will honor and continue the great history of this program.”

UCLA has won 21 NCAA regional titles and seven national championships, all of the national titles coming between 1997-2018 under legendary coach Valorie Kondos Field.

McDonald, who began her coaching career in 1999 while in high school, has …read more