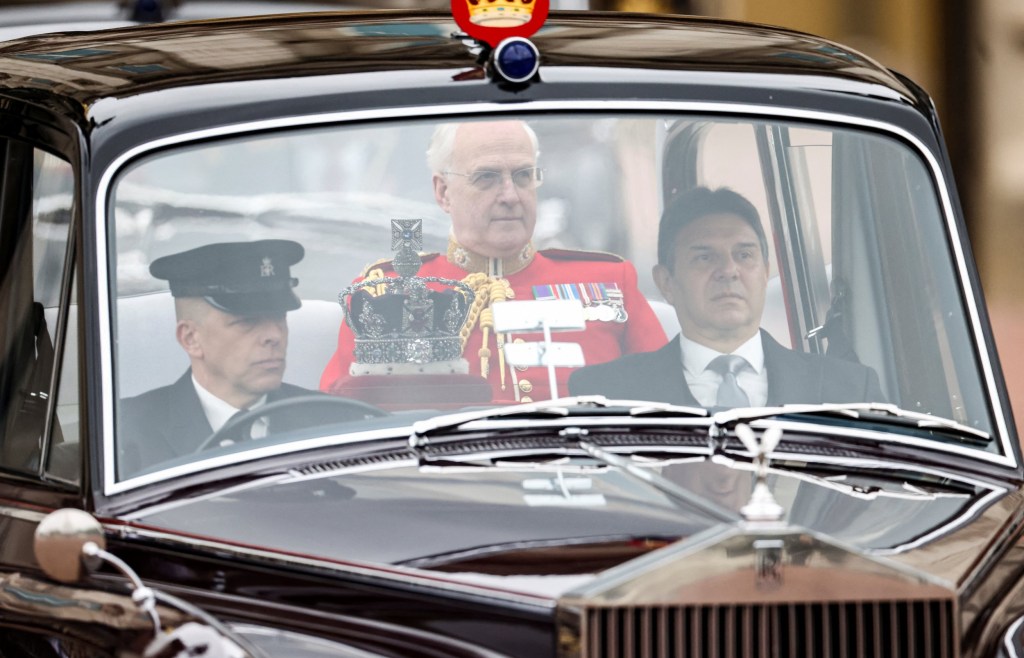 The Queen’s crown will appear in the House of Lords for the State Opening of Parliament (Picture: Reuters)

The Government will set out its plans for new laws in a speech delivered by the Queen to MPs and peers this week.

On Tuesday, the Prince of Wales, on behalf of the Queen, will read the agenda-setting speech as part of the formal state opening of Parliament.

Here is everything you need to know about the nature of the speech and what it is likely to include.

What is the Queen’s Speech?

The speech is written by ministers and details the Government’s plans for new laws.

It is due to be read in the House of Lords as part of the ceremonial opening of Parliament.

Buckingham Palace said on Monday that Charles will carry out the duty on behalf of the Queen.

He will be accompanied by the Duke of Cambridge.

What will be in the speech?

The Government is expected to use the speech to bring forward changes to Northern Ireland’s post-Brexit trading arrangements.

However, Deputy Prime Minister Dominic Raab refused on Sunday to say whether new measures would be included.

“What we’re going to be focusing on this week is what our plans are to drive up the economy, protect the cost of living,” Mr Raab told Sky News.

He added: “We’re going to be talking about reforming the agricultural sector, innovation to create cheaper, healthier food.

Prince Charles will deliver the speech that will outline the business of the next parliament (Picture: PA)

“We’re going to be talking about areas where Britain has a real comparative advantage, tech, financial services.”

Reports of proposed changes come as the Government grapples with the implications of Sinn Fein’s success in the Stormont Assembly elections.

The Prime Minister has also said he has plans for a “super seven” set of Bills aimed at changing laws the UK inherited from the EU.

According to the Sunday Express, a new Brexit Freedoms Bill will aim to cut EU regulatory “red tape” which remains in UK law after leaving the trading bloc.

A coming Procurement Bill is reportedly aimed at giving small and medium sized businesses a better opportunity to compete for Government contracts, and there are also plans to boost animal welfare and crack down on puppy smuggling.

However, the Times has reported that plans to ban imports of foie gras and fur clothing to the UK have been scrapped from the speech, in an attempt by Boris Johnson to shore up support from the Conservative right wing.

Mr Raab has indicated the Government wants to replace the Human Rights Act with a British Bill of Rights.

The Justice Secretary told LBC that a new Bill of Rights would result in “less shifting of the goalposts, less elastic interpretations of human rights”, adding that people find the current law “frustrating in the context of deporting …read more

Defending champs Bucks eliminated in second round by Celtics

Frozen pizza: tips to make it a healthier meal option