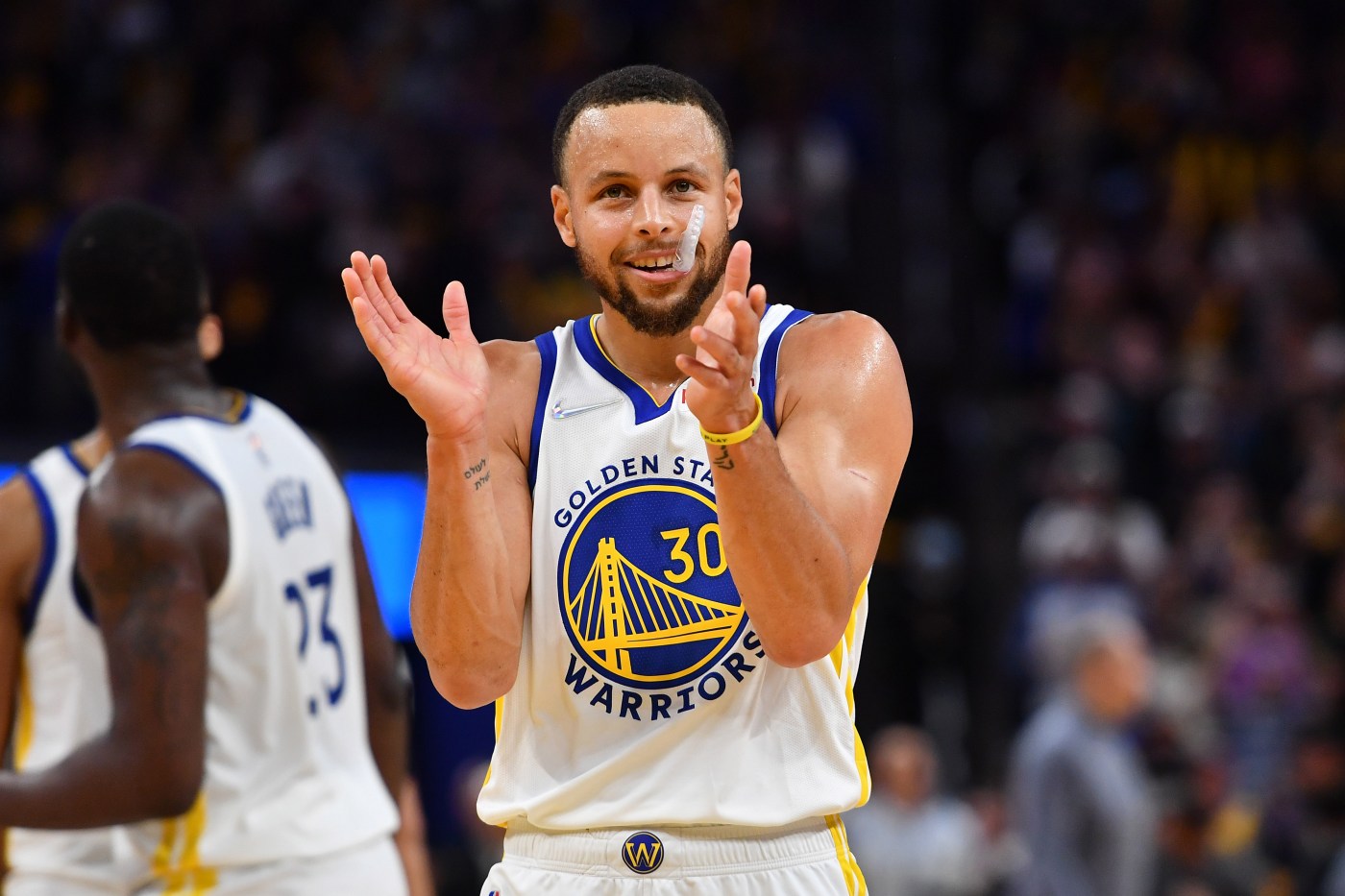 SAN FRANCISCO — The Warriors were minutes away from a potentially series-shifting loss.

Ja Morant, out for Game 4 with knee soreness, wasn’t standing in their way. A 30-point win in Game 3 wasn’t the momentum shifter it seemed to be. With coach Steve Kerr out due to COVID-19, the Warriors were listless. And down 10 two minutes into the fourth quarter, they didn’t seem to have an answer.

Steph Curry entered mid-way through the fourth with a reminder: In the playoffs, he always has an answer. Even if it’s subtle.

Without panic, Curry dropped 18 of his 32 points in the fourth quarter to lead Golden State to a 101-98 Game 4 win. The Warriors took their first and only lead with 45 seconds remaining in the game on a pair of Curry free throws.

Eight of his 18 points in the fourth were on free throws, a testament to the adjustment he made to challenge the Memphis defense and seek contact to get to the line. He also hit two key 3-pointers that lit up a Chase Center crowd sitting on their hands, waiting for magic.

But Curry’s first points of the quarter achieved what the Warriors could have been doing most of the game — exploiting Steven Adams defensively. Curry got Adams on him on a switch and breezed by him for an and-1 layup.

In a rhythm, Curry hit consecutive 3-pointers — one an off-screen 3 and they other from the top of the key to put the Warriors within one. Then he hit a step-back mid-range shot over a couple defenders.

In five shot attempts — and a mid-game shoe change from his kicks honoring Craig Sager to the lavender ones he wore in Game 3 — Curry flipped the game’s script.

“It was just not letting the first three quarters influence the fact that we still had a chance to win the game,” Curry said. “So just understanding we’ve been here before. Whether we won or lost, the intentions of how we could give ourselves a chance in the fourth quarter was all we focused on.”

A seasoned playoff participant, Curry knows any game is winnable. And though some pundits have labeled him a relative non-factor in big playoff moments throughout his career, Curry’s most impactful minutes don’t necessarily come with massive 3-point flurries.

Curry is shooting 36 percent from 3 in the playoffs this year, but he’s been the best and most efficient player in the clutch of anyone. Averaging seven minutes played in the fourth quarter, Curry leads all players with 9 points on average in the final frame.

Phoenix’s Chris Paul and Memphis’ Ja Morant trail him with just under nine points on average in the fourth, but both are doing so in nine minutes on average.

He’s averaging seven points in five clutch minutes on average, which leads the playoffs, too.

Steve Schmidt Was Always a Hack