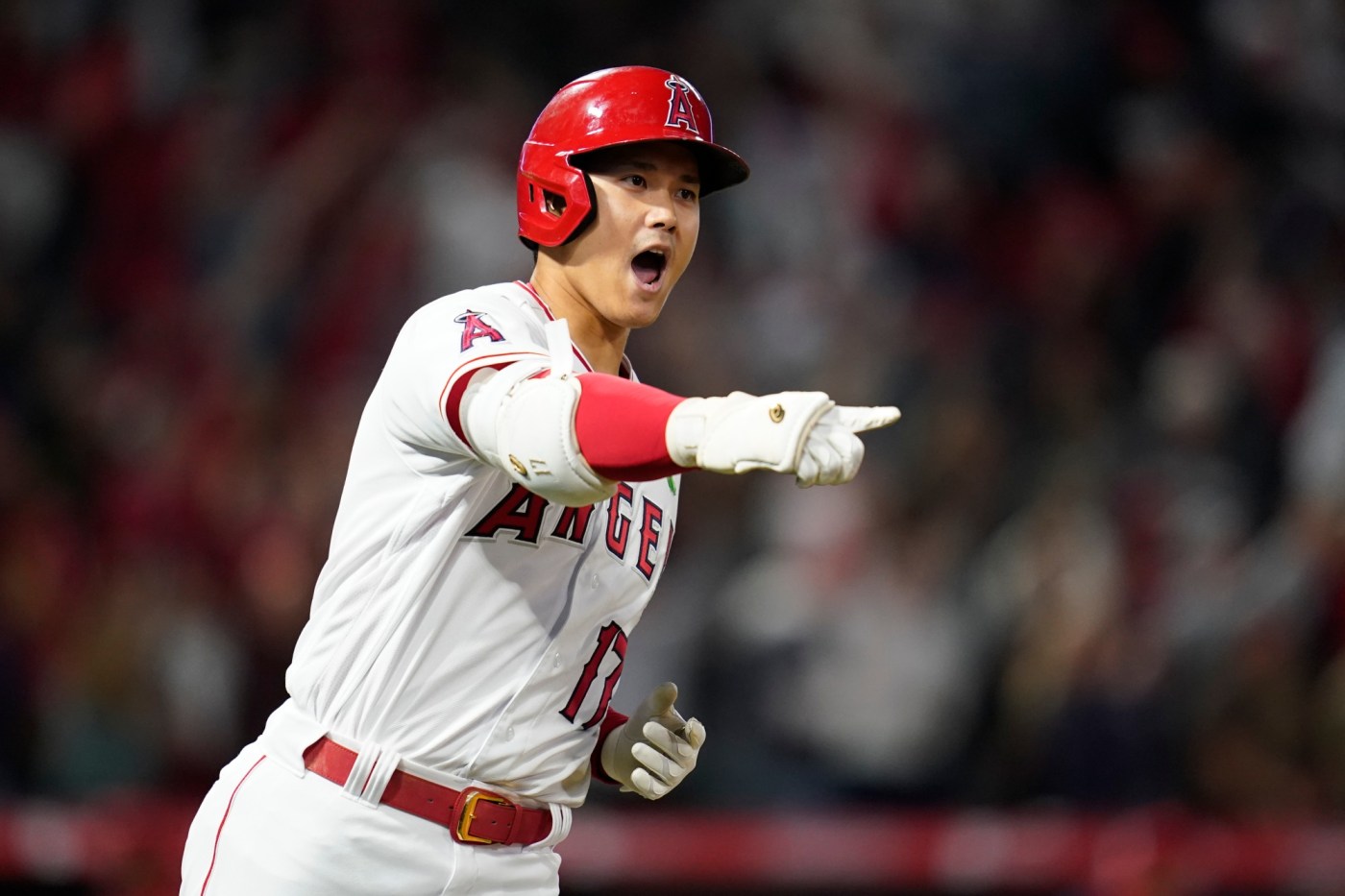 ANAHEIM — Shohei Ohtani had been gradually warming up for more than a week, and he officially exploded on Monday night.

Ohtani hit a pair of home runs, including his first grand slam on either side of the globe, in the Angels’ 11-3 victory over the Tampa Bay Rays.

Ohtani is now approaching his own milestone, with 99 homers in the majors. He had been making slow progress toward the century mark this season, well behind the homer pace he set in hitting 46 last season. Ohtani hit just four homers in the Angels’ first 30 games.

During his early struggles, he was hitting too many ground balls directly into the shift on the right side. When he’s at his best, he’s getting the ball in the air and hitting it from gap to gap.

Since he hit a homer to left center field on April 29 in Chicago, Ohtani has clearly had more of a focus toward hitting the ball to center and left. He knocked balls off the wall in center and left last week at Fenway Park, and his game-tying double in the bottom of the ninth on Sunday was off the fence in center.

This time, he simply hit balls over the fence.

In the sixth inning, just after Trout had pulled a two-run homer down the left-field line to pad the Angels’ lead to 5-1, Ohtani drilled the first pitch over the fence in center.

An inning later, the Angels had loaded the bases and scored a run – on a bases-loaded walk to Trout – to bring Ohtani to the plate.

Right-hander Calvin Faucher, a UC Irvine product making his major league debut, fell behind 3-and-1 and then threw an 88 mph cutter over the inner half of the plate. Ohtani blasted it 413 feet to left-center, turning the game into a rout.

Ohtani’s homer put the finishing touch on an offensive outburst that started slowly.

The Angels didn’t even have a baserunner until Trout’s single in the fourth inning. Ohtani then hit a routine fly ball that center fielder Kevin Kiermaier seemed to lose in the early evening sky. The ball dropped for a single.

That extended the inning so Walsh could get to the plate with two outs, and he delivered a three-run homer into the trees beyond the center field fence.

It was the first homer of the season against a lefty for Walsh, who has gradually improved his performance against lefties. Walsh, who hit .170 against lefties last season, is now up to .308 in the small sample of 26 at-bats this year.

That gave Noah Syndergaard a 3-1 lead on a night when he slogged through without his best stuff.

Syndergaard came up with big pitches just when he needed them to continually escape trouble.

He allowed at least one baserunner in each of the six innings he started. In the second inning, he gave up a leadoff single to Manuel …read more

Religion events in the San Fernando Valley area, May 14-21