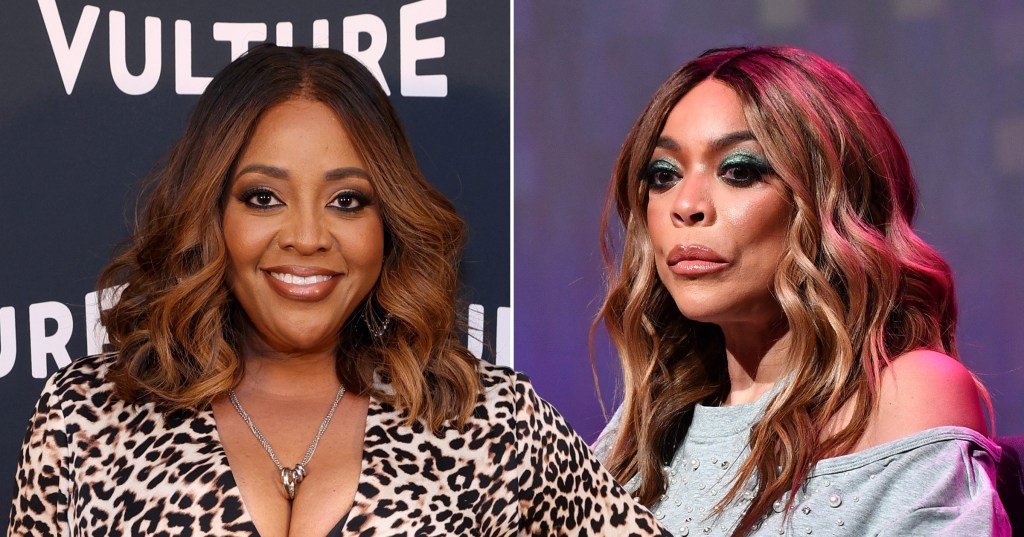 Sherri Shepherd insisted that she’s ‘not mad’ at Wendy Williams after the talk show veteran vowed that she wouldn’t be watching her replacement.

It was recently confirmed that Sherri would be inheriting her time slot later this year, bringing the Wendy Williams Show to an official end.

Speaking in an Instagram Live session over the weekend, the actress was asked her thoughts on the comments, and revealed that she is ‘truly concerned’ for the star.

‘I did hear Wendy say she will not watch me on the new show and that’s okay,’ she replied, via People Magazine. ‘I understand, I’m not mad at Wendy.

‘She’s going through a lot.

‘I would say that everyone should be praying for Wendy right now. I’m truly concerned for her because I don’t feel like there’s anybody over there protecting her.

Wendy Williams vowed she wouldn’t be tuning in to Sherri’s show (Picture: NBC)

‘And it’s really hard when there’s no protection around you, and you just have people hanging on. But I’m not mad at Wendy because she won’t watch my show.’

Sherri announced that she would be officially taking over from Wendy’s timeslot in September, as the former presenter continues to prioritize her health, after a mystery illness caused her to take a back seat at the end of last year.

In the time that she has been absent, Nick Cannon, Fat Joe and Michael Rapaport are just some of the names who stepped into her shoes.

Bosses confirmed that the series will bow out in June, making way for Sherri in September.

Sherri was confirmed to take over the slot earlier this year (Picture: Getty)

‘Since Wendy is still not available to host the show as she continues on her road to recovery, we believe it is best for our fans, stations and advertising partners to start making this transition now,’ producers said in a statement at the time.

‘Like our viewers, we have been impressed by the unique comedic twist Sherri puts on our daily live Hot Topics segment, her creativity and interactions with our guests.

‘Her love for the content and daytime fans is obvious, and we are excited to partner with her to create another long-term talk franchise.’

However, speaking to Fat Joe in an Instagram interview last week, Wendy vowed that she will not be tuning in.

‘I like her but I won’t be watching her because I know what she’s going to be doing and that’s really not my thing,’ she told the musician.

‘Anyway, I love being on my own show and I love that people love to watch it all the time.”

Road resurfaced around BMW after driver failed to move their car

Google Translate embarrassingly translates words incorrectly in its own announcement

Plea from families of gun violence victims: ‘Please do more’ to solve killings