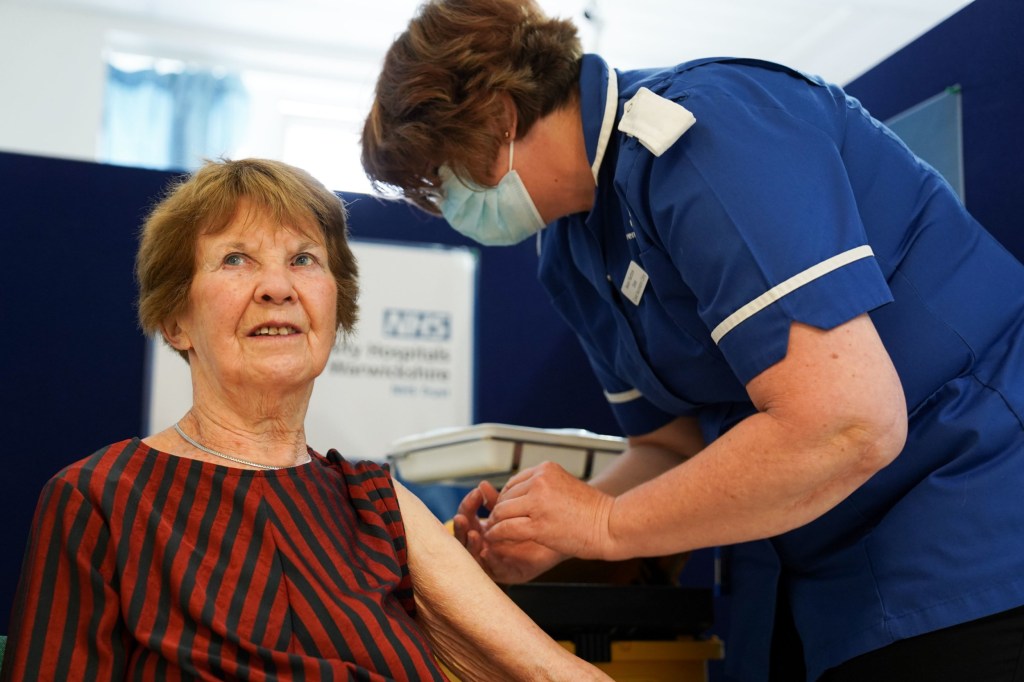 Margaret Keenan, the first patient in the UK to receive the Pfizer jab, gets her Spring booster (Picture: PA)

Millions of adults could be offered a fourth Covid jab this autumn after a study revealed they give protection ‘above and beyond’ that provided by a third dose.

Research led by the University of Southampton found that a fourth vaccine significantly increased levels of antibodies.

In the trial, 166 people with an average age of 61 were given either a full dose of Pfizer or a half dose of Moderna as their booster, seven months after receiving a third jab.

Blood samples showed that in just two weeks they had 12 to 16 times more antibodies.

Another part of the immune system called T-cells were also boosted after the fourth dose, suggesting longer-lasting protection against severe Covid was increased.

No severe side-effects were recorded among participants, with some reporting pain or fatigue.

EasyJet has started removing seats from some of its planes

‘Difficult for Keir Starmer to continue’ if fined over ‘beergate’

But the authors of the study said that it provided a ‘hint’ that a small number of people might reach a ‘ceiling’ in terms of the amount of protection that they could get from a fourth jab.

Researchers said that some people had high levels of immune response ‘even before the fourth dose and had limited boosting from the fourth dose’ including people who had just been infected with the virus.

Trial lead Professor Saul Faust, director of the NIHR Southampton Clinical Research Facility, said: ‘These results underline the benefits of the most vulnerable people receiving current spring boosters and gives confidence for any prospective autumn booster programme in the UK, if the Joint Committee on Vaccination and Immunisation considers it needed at that time.’

Prof Faust highlighted that the recent Omicron wave means most people will have been infected recently and now have high antibody levels, which means they are unlikely to gain much from another dose.

More research is needed over a longer time frame to track how long the immune response lasts from a fourth jab.

Prof Faust said that a new variant may emerge and therefore a tweaked vaccine could be required before a mass booster programme this autumn.

‘It is for policymakers and the joint committee to decide when to deploy, if to deploy, a fourth dose, depending on the pandemic and depending on whether there is a new variant that’s more severe.’

The UK rolled out Spring boosters to over-75s and the most vulnerable in April.

So far more than three million people have received their spring booster in England alone, according …read more