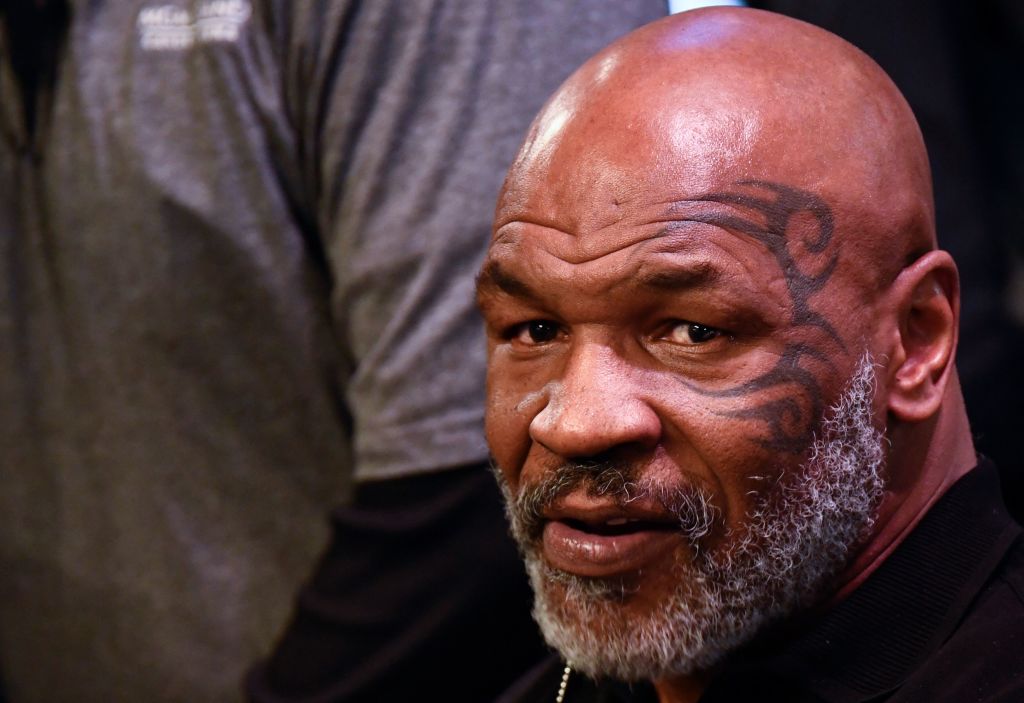 Mike Tyson was in a scuffle on a flight in April (Picture: Getty Images)

Mike Tyson will not face any charges for the scuffle on a flight last month which saw him captured on camera punching a man.

The former heavyweight champion could have been hit with misdemeanor battery charges, but San Mateo County District Attorney Stephen M. Wagstaffe confirmed he will not, saying his office declined to file charges because of ‘the conduct of the victim leading up to the incident, the interaction between Mr. Tyson and the victim, as well as the requests of both the victim and Mr. Tyson.’

Videos emerged of the incident on 20 April which saw a man, later identified as Melvin George Townsend III, seemingly goading Tyson, leading to Iron Mike leaning over his seat and repeatedly punching him.

Townsend was certainly bothering Tyson, but he denied that he threw a bottle at the boxing legend, which he was accused of.

Neither Tyson nor Townsend wanted to go to court over the incident on the Florida-bound flight, according to Wagstaffe.

The victim, Melvin George Townsend III, did not want to take the matter to court (Pictures: Backgrid/TMZ)

Following the incident last month, a statement from Joann Mignano, a representative for Tyson, said: ‘Unfortunately, Mr. Tyson had an incident on a flight with an aggressive passenger who began harassing him and threw a water bottle at him while he was in his seat.’

The passenger was later named as Melvin Townsend III. An attorney for Townsend later insisted his client became ‘overly excited’ after seeing the former heavyweight champion aboard his flight and denied claims a water bottle was thrown.

‘At a certain point, Mr. Tyson clearly became agitated by an overly excited fan and began to strike him in an excessive manner. This situation could have been avoided simply by contacting the flight attendant,’ attorney Matt Morgan from Morgan & Morgan told TMZ.

MORE : Tyson Fury insists he is retired from boxing despite Anthony Joshua and Oleksandr Usyk insisting he will be back

How to make friends at the gym