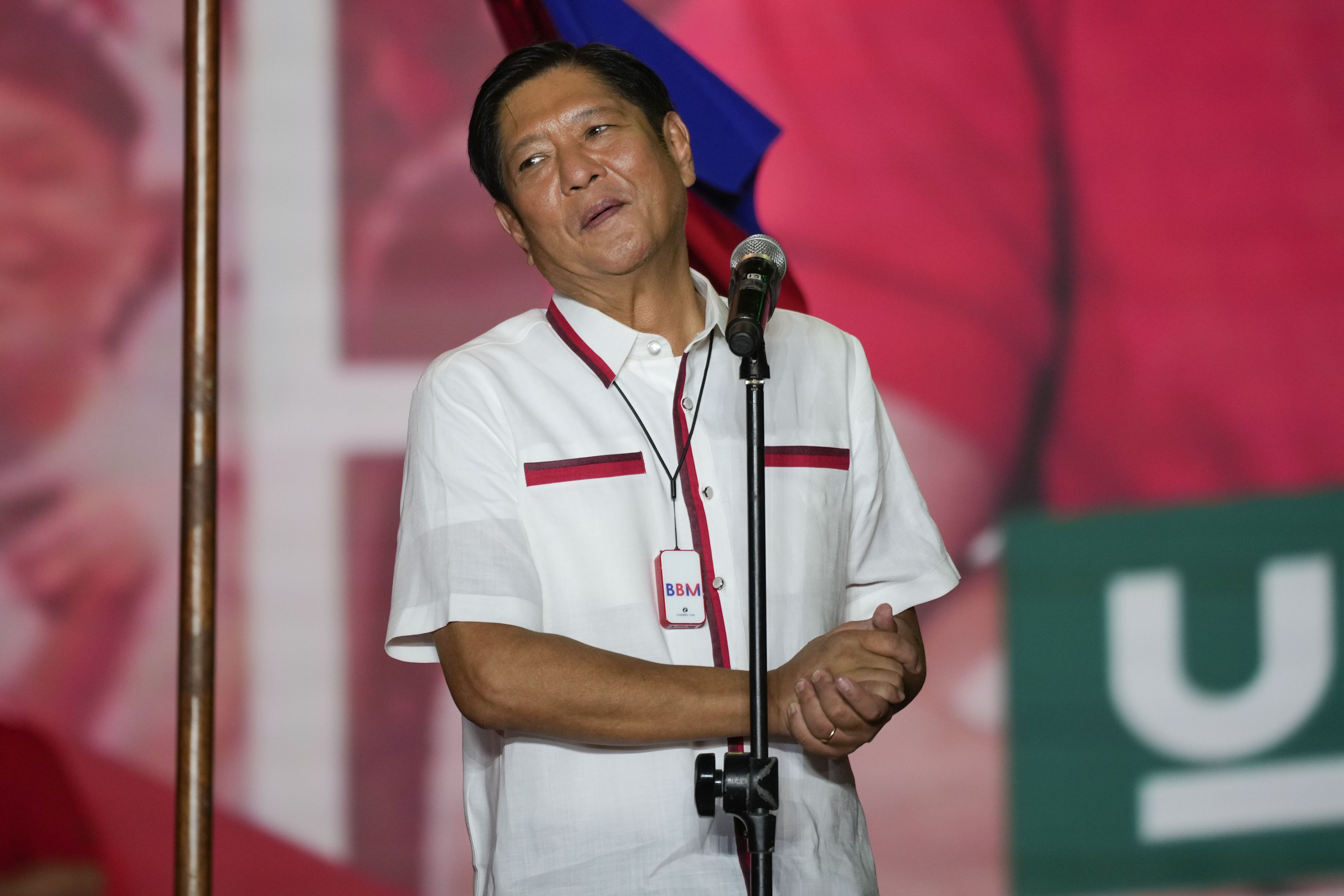 Ferdinand Marcos Jr.’s apparent landslide victory in the Philippine presidential election is giving rise to immediate concerns about a further erosion of democracy in the region, and could complicate American efforts to blunt growing Chinese influence and power in the Pacific.

Marcos, the son and namesake of longtime dictator Ferdinand Marcos, captured more than 30.8 million votes in Monday’s election according to an unofficial count, more than double those of his closest challenger.

If the results stand, he will take office at the end of June for a six-year term with Sara Duterte, the daughter of outgoing President Rodrigo Duterte, as his vice president.

Duterte — who leaves office with a 67% approval rating — nurtured closer ties with China and Russia, while at times railing against the United States.

He has walked back on many of his threats against Washington, however, including a move to abrogate a defense pact between the two countries, and the luster of China’s promise of infrastructure investment has dulled, with much failing to materialize.

Whether the recent trend in relations with the U.S. will continue has a lot to do with how President Joe Biden’s administration responds to the return of a Marcos to power in the Philippines, said Manila-based political scientist Andrea Chloe Wong, a former researcher in the Philippine Department of Foreign Affairs.

“On the one hand you have Biden regarding the geostrategic interests in the Philippines, and on the other hand he has to balance promoting American democratic ideals and human rights,” she said.

“If he chooses to do that, he might have to isolate the Marcos administration, so this will definitely be a delicate balancing act for the Philippines, and Marcos’ approach to the U.S. will highly depend on how Biden will engage with him.”

His election comes at a time when the U.S. has been increasingly focused on the region, embarking on a strategy unveiled in February to considerably broaden U.S. engagement by strengthening a web of security alliances and partnerships, with an emphasis on addressing China’s growing influence and ambitions.

Thousands of American and Filipino forces recently wrapped up one of their largest combat exercises in years, which showcased U.S. firepower in the northern Philippines near its sea border with Taiwan.

Marcos has been short on specifics about foreign policy, but in interviews he said he wanted to pursue closer ties with China, including possibly setting aside a 2016 ruling by a tribunal in The Hague that invalidated almost all of China’s historical claims to the South China Sea.

China has refused to recognize the rulin g, and Marcos was quoted as saying “that arbitration is no longer an arbitration if there’s only one party.”

Marcos has also said he would maintain his nation’s alliance with the U.S., but the relationship is complicated by American backing of the administrations that took power after his father was deposed, and a 2011 U.S. District Court ruling in Hawaii finding him and his mother in contempt of an order to furnish …read more