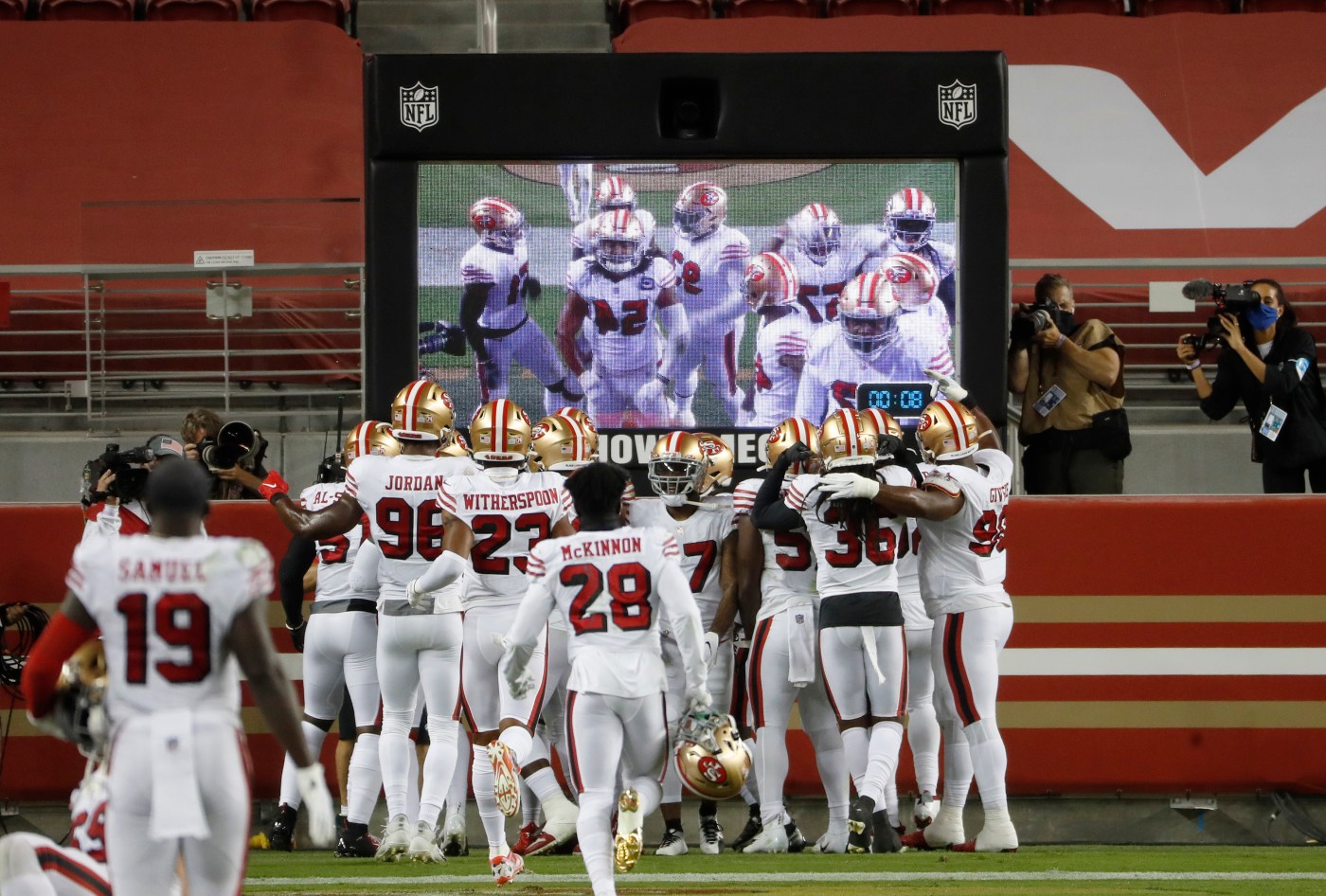 Specific dates, prime-time honors, and road-trip plans are being leaked from television partners this week, leading into Thursday’s full-schedule unveiling at 5 p.m.

The NFL Schedule is now a week-long affair? Absolutely, and why not? The NFL Draft isn’t the only hypothetical beast worthy of our “fantasy” football projections.

The schedule actually offers a more immediate impact on the coming season than any sixth-round offensive lineman in the draft. So savor the sked.

Who’s up for Vegas?  Who has their passport ready for Mexico? Who’s hosting Christmas? Rants will flow, and you may immediately morn how the NFL ruined the season before September’s opening kickoff.

We already learned last week the Cardinals are hosting the 49ers in Mexico City on Nov. 21. Did you know: the 49ers still could pay a visit this season to Arizona’s State Farm Stadium, site of Super Bowl LVII on Feb. 12?

Come 5 p.m. Thursday amid your Bay Area commute, we’ll know the 49ers’ roadmap to their elusive sixth Lombardi Trophy. What could that look like? Here is my mock schedule:

Sunday, Sept. 11: The 49ers’ last two playoff seasons each opened with back-to-back road wins (in 2019 and ’21). The first leg of this East Coast swing must be Carolina, because Elton John is booked for Week 2 there. (Alternate dream: open at home against Tampa Bay and the quarterback they fished out of a retirement home.)

Sunday, Sept. 18: The Mercedes-Benz Superdome is one of two new venues the Niners check off their list this season; Vegas’ is the other. Carolina and Atlanta are the 49ers’ furthest locales on the 2022 itinerary, so they’d stay east, perhaps back at IMG Academy in Florida (see: 2019) or The Greenbrier in West Virginia (see: 2020 and ’21).

Sunday, Oct. 2: For the first time since 2011, the 49ers won’t have to face Seattle with Russell Wilson; he went 17-5 against them. Caution: Wilson now lurks with the Denver Broncos further down the 49ers’ schedule.

Sunday, Oct. 23: If Kyler Murray hasn’t gotten his contract extension by this point, the Cardinals may want to check his market …read more

Dear Abby: Is there a polite way to ask why his wife vanished?

Don’t bend to calls for a global tax cartel

Religion events in the San Fernando Valley area, May 14-21