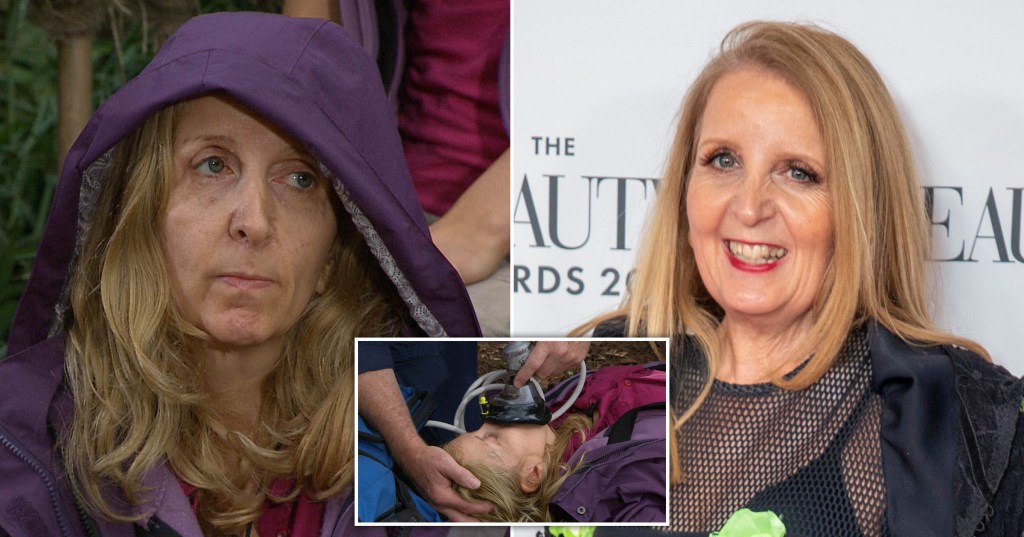 Gillian McKeith has been vocal about her previous stint on the show (Picture: ITV/REX)

Gillian McKeith is reportedly set to face her jungle fears in the I’m A Celebrity’s All Stars series next year.

The TV personality, 62, has been open about her experience on the hit ITV series – which left her suffering with PTSD – after viewers repeatedly voted for her to take on grisly Bushtucker trials.

Despite starring on the reality show over a decade ago, one of the stand-out moments to date, was when Gillian fainted live on-air after being tasked with another gruelling challenge.

A show source told Metro.co.uk: ‘The team behind I’m A Celebrity are making a brand new spin-off of the hit series, this time set in South Africa. It will be hosted by Ant and Dec and will feature the most loved, favourite campmates from previous years.’

According to reports, it seems as though the presenter is leaving the distressing memory in the past with bosses ‘confident’ Gillian will guest star in the upcoming spin-off

‘Gillian’s performance in 2010 was nothing short of legendary,’ a source told the publication.

Gillian infamously fainted after being told she would do the Bushtucker trial live (Picture: ITV)
Ant and Dec will resume hosting duties, of course (Picture: ITV)

Adding to The Sun, the insider revealed: ‘Talks are still ongoing and advanced, but everyone is confident she will put pen to paper and head to South Africa for filming in the next few months. It’ll be telly gold.’

Gillian addressed the highly-talked about moment in December last year, and explained that she ‘didn’t care’ if people thought she put on an act.

Speaking to Metro.co.uk she said: ‘I wish I could understand why, but it’s either if I’m really excited or in the case of the jungle, I was literally weak from no food, I hadn’t eaten.’

The writer stated that on the day of the live show when she fainted, she had consumed ‘minimal’ food for the previous two days, while also enduring rain overnight that left the celebrities ‘freezing’.

I’m A Celebrity Get Me Out of Here: Who could return for the all-star spin-off?

Over the last two decades, the jungle (and Gwrych Castle) have welcomed everyone from Gemma Collins to Caitlyn Jenner.

With I’m A Celeb alumni including other notable names such as Katie Price, Alison Hammond and Joey Essex – who could be set for a return for the all-star special?

Elsewhere, fans were delighted to hear that the main show will be taking its rightful place in Australia after two years.

I’m A Celebrity… Get Me Out Of Here! returns later this year to ITV.

Metro.co.uk has reached out to ITV and Gillian McKeith’s reps for comment.

If you’ve got a celebrity story, video or pictures get …read more

Calling someone bald at work now counts as sex harassment