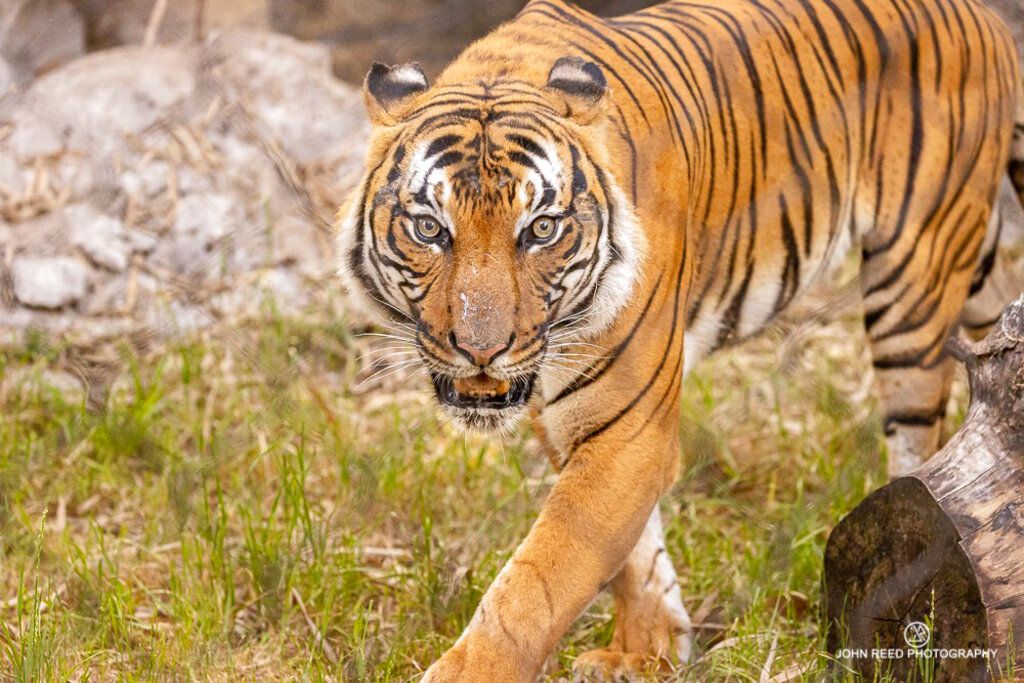 A 13-year-old Malayan tiger named Bashir is adjusting to new surroundings after arriving at the Jacksonville Zoo and Gardens as part of a species survival plan, officials said.

“Bashir is acclimating nicely and at his own pace,” Tirzah Nichols, the zoo’s senior mammal keeper, said in a news release. “We pay close attention to his comfort levels in his new surroundings, monitor his progress and only introduce him to new areas when he is ready.”

Staff at the zoo have been helping the tiger settle into a new habitat. They said Bashir is “relaxed, but very charismatic, vocal and expressive.”

Getting a tiger adjusted to new surroundings can be a long process, according to Sheryl Staaden, the zoo’s assistant curator of mammals.

“Tigers are solitary by nature, so they are only together for a brief time for breeding. The timing of an introduction is important with different steps in the process accomplished prior to the actual introduction.”

The species survival program considers genetics to “make the best pairings to ensure these endangered species thrive,” she said.

Bashir is recommended to breed at the zoo with a Malayan female named Cinta. For now, the tiger can be seen in the Land of Tiger exhibit at the zoo.

What to know: Sunday night’s total lunar eclipse in Jacksonville