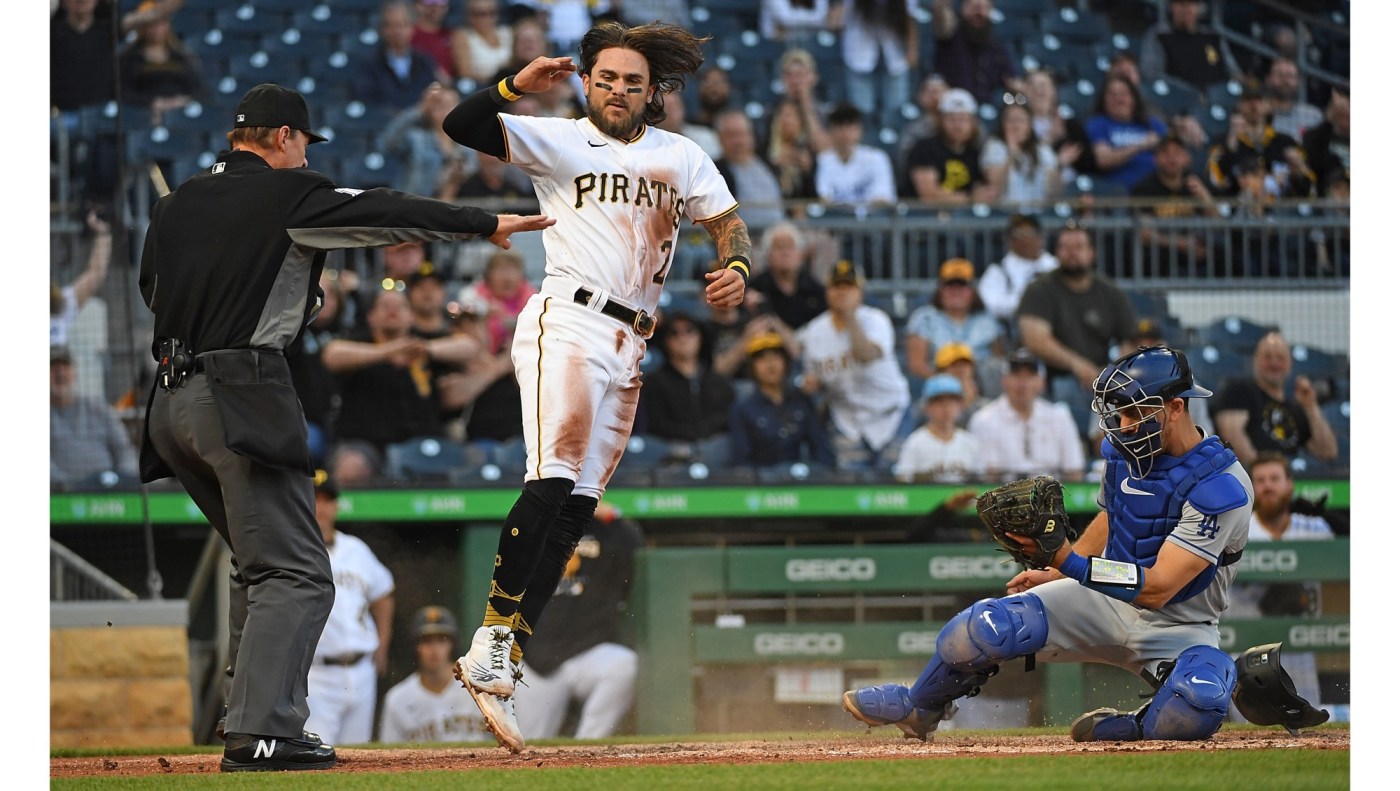 The Dodgers were held to four hits at PNC Park on Monday night, watching their best offensive efforts die in the gloves of Pirates outfielders in a 5-1 loss. The Dodgers narrowly avoided their first shutout loss of the season with a pinch-hit home run by Edwin Rios in the ninth inning.

The Dodgers hit six balls with an exit velocity of more than 100 mph in the first eight innings. Only one of them resulted in a hit – a single by Trea Turner in the fifth inning.

Justin Turner’s 105.9 mph drive to left field in the first inning had the look of an RBI double (and an expected batting average of .930, according to Statcast) – until Pirates left fielder Ben Gamel made a tumbling catch at the warning track.

Trea Turner’s 101.5 mph fly ball in the third inning had an expected batting average of .700 before settling into the glove of Pirates center fielder Jake Marisnick. Chris Taylor’s 103.7 mph drive later that inning met the same fate on a diving catch by Marisnick in left-center field.

Marisnick eventually left the game with a thumb injury suffered on the play. And Taylor later left the game after suffering a bone bruise when he fouled a ball off the inside of his left knee in his next at-bat.

Slumping Justin Turner squared up another ball in the fifth inning, sending a 103.4 mph ground ball right at third baseman Ke’Bryan Hayes for an inning-ending forceout with two runners on base.

The Dodgers went 0 for 5 with runners in scoring position in the game, struck out seven times and flew out 12 times against Pirates starter Jose Quintana and three relievers.

Dodgers could lose Blake Treinen, Victor Gonzalez for much of the season

The Pirates had far better luck getting baseballs to land on grass – or over the fence.

They had 11 hits against Dodgers starter Julio Urias and 15 in all – including home runs by catcher Michael Perez and outfielder Jack Suwinski (his first in the majors).

Dear Abby: I know they’ll ask where my husband is. What should I say?