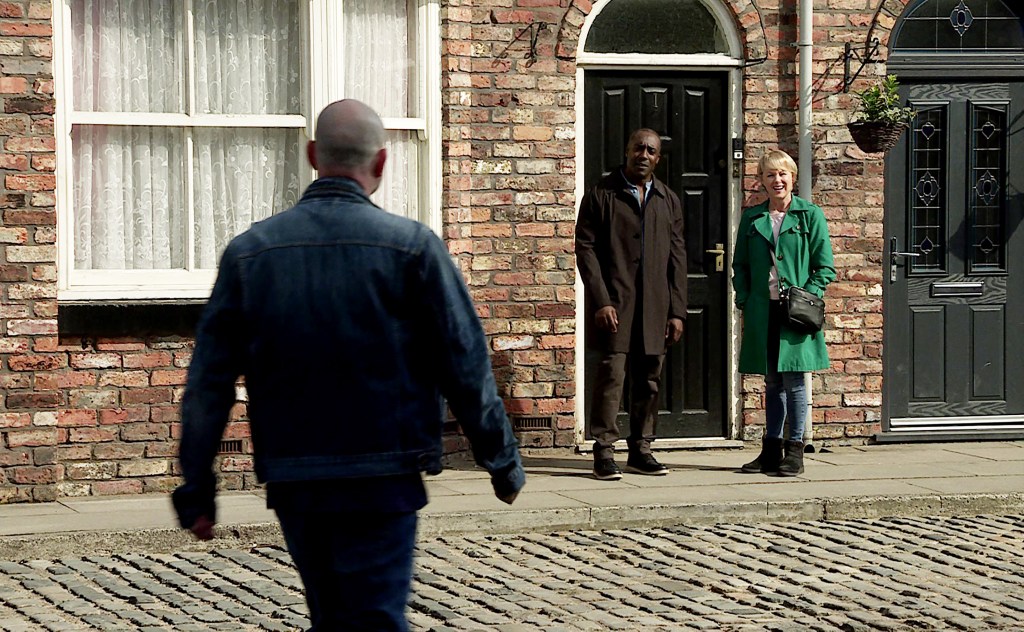 Tim Metcalfe (Joe Duttine) is a man who would much rather grab a pint with Peter Barlow (Chris Gascoyne) in the pub than head to the doctors to talk about an embarrassing issue in Coronation Street.

He’s developed impotence, something common for men to experience after the operation – but it’s made things incredibly awkward for him and Sal (Sally Dynevor).

Coming up, Tim manages to win a night away in the raffle being held in memory of Oliver.

Completely ignoring the dangers, Tim purchases some erectile dysfunction tablets ahead of his date with Sally.

In the hotel, as Tim and Sally kiss, Tim’s heart starts to pound, and he becomes short of breath.

Tim risks a heart attack for an erection in Coronation Street

Tim confesses to Sally that he’s taken an erectile dysfunction tablet and collapses on the bed.

Later on, as Sal and Ronnie (Vinta Morgan) pass by No 1, Tim hears Ronnie telling Sally that he’s sorry her romantic getaway was such a flop.

Leaping to the wrong conclusion, Tim punches Ronnie in the face – but what will happen next?

How much does Ronnie know about their night away?