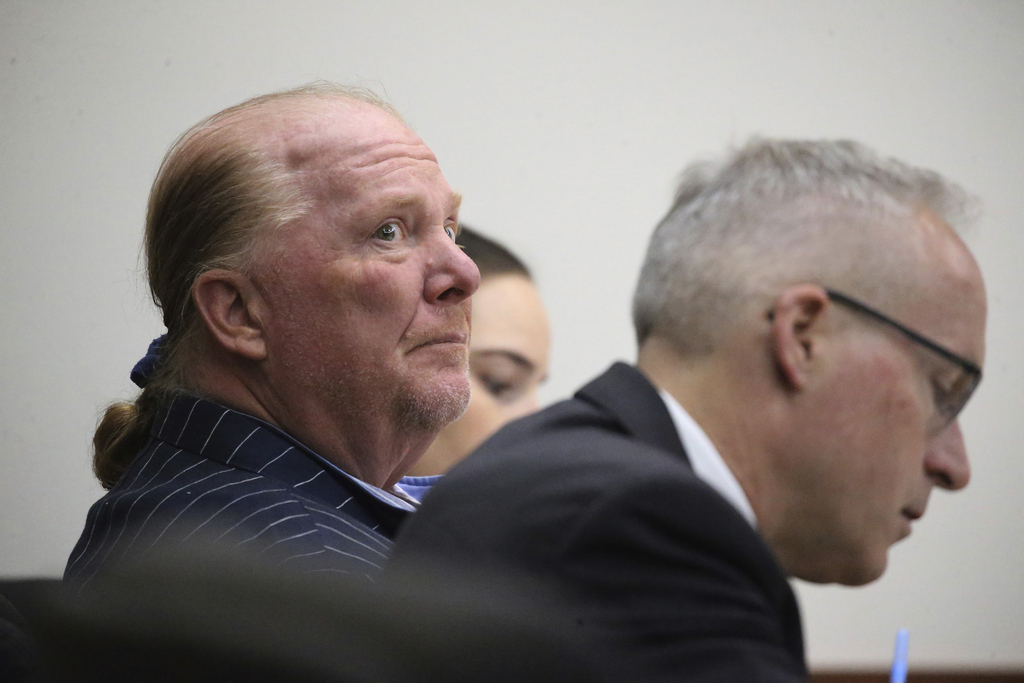 Celebrity chef Mario Batali was found not guilty Tuesday at a bench trial on charges of indecent assault and battery related to the alleged groping of a star-struck patron at a Boston restaurant in 2017.

Judge James Stanton noted Batali’s conduct was “not befitting of a public person of his stature” that night five years ago but said his accuser has “significant credibility issues” that supported the defendant’s “contention that her motive was financial gain.”

Batali, wearing a sport coat, smiled after the verdict and thanked his attorneys. His accuser hurried out of the courtroom as soon as the judge declared the defendant not guilty.

The verdict came one day after Natali Tene took the stand at Batali’s criminal trial in Boston, testifying that he groped her during an impromptu selfie session in 2017.

Suffolk County District Attorney Kevin Hayden, in a statement, said the verdict was disappointing and that his office “will not waiver in our support for the victim in this case.”

“It can be incredibly difficult for a victim to disclose a sexual assault,” Hayden said. “When the individual who committed such an abhorrent act is in a position of power or celebrity, the decision to report an assault can become all the more challenging and intimidating.”

Hayden said he was grateful to the accuser for coming forward and “to every survivor of sexual assault who makes that difficult decision. My office is available to anyone who has experienced sexual violence in Suffolk County to ensure that (they) are met with the level of compassion and care they deserve.”

Tene said she posed for photos with Batali while, out-of-frame, he took advantage of her as she was standing close to him for the photos.

“His right hand is all over my breasts, all over my rear end, all between my legs,” Tene said. “I’ve never been grabbed like that before … squeezing my vagina and pulling me closer to him. As if that’s a normal way to pull someone in.”

Batali was charged with indecent assault and battery, according to the Suffolk County District Attorney’s Office.

He denied the allegations and pleaded not guilty. Defense attorney Anthony Fuller said during his opening statement Monday, “The photos and videos don’t support her testimony.”

Batali waived his right to a jury trial in favor of a bench trial, which the judge accepted. He was charged in 2019 and faces a civil suit over the same incident.

Stanton said Batali’s conduct, appearance and demeanor at the restaurant “is a lesson for all of those people in public or celebrity positions” and that he “paid a high cost in terms of diminished reputation and financial loss.”

But the municipal court judge said the case was about credibility and called Tene’s conduct as a sworn juror in another case “egregious and … offensive to the rule of law.” He said testimony about an alleged scheme by Tene to evade a $200 gym membership with a “fictitious legal document” also …read more

In Wacky Email, Better.com’s Volatile CEO Says He Might Lose Everything He Owns

They said it: Who can afford a Bay Area home?