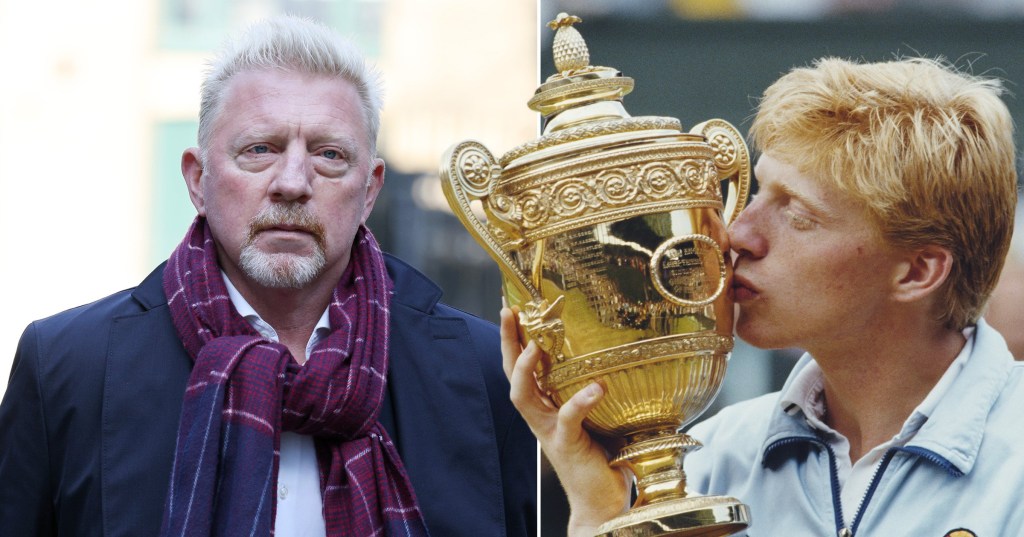 A tell-all documentary exploring Boris Becker’s life will provide exclusive footage charting his rise to stardom up until his recent imprisonment.

Becker, the German former world number one tennis player, is serving time behind bars and faces deportation following a jail sentence for hiding £2.5million worth of assets and loans to avoid paying his debts.

The 54-year-old was found guilty by a jury after admitting to blowing a £38 million fortune amassed during his glittering career.

Over the last three years, Oscar-winning filmmakers Alex Gibney and John Battsek have been documenting Becker’s personal and professional life, with the feature-length also highlighting the challenges of his financial commitments.

Speaking about the untitled project, producer Gibney said: ‘It is both a candid insider’s look at the world of professional tennis and it is also a poignant portrait of the man himself.

‘Like the Rudyard Kipling quote at the entrance to Wimbledon Centre Court, Boris is an individual who appears to “meet with triumph and disaster and treat those two imposters just the same.”‘

Becker was catapulted to stardom after winning his first Wimbledon Championship at the age of 17 (Picture: Getty)

The documentary – which is set to launch at a film festival with a full release later – will also speak to the major figures in Becker’s life, including members of his immediate family and stars from the world of tennis such as John McEnroe and Bjorn Borg.

‘Thrust into the global spotlight aged just 17, his unique achievements in tennis both on the court and then as a successful coach to world number one Novak Djokovic merit cinematic treatment,’ Battsek added.

‘His life off the court trying to manage his private relationships and his spiralling financial commitments have become the stuff of gossip and falsehoods.

‘Boris has been incredibly brave revealing all to us, Alex and I share a big responsibility in making this film.’

Following his sentence, Becker’s daughter Anna Ermakova thanked members of the public for their support.

Keeping it short and sweet, she shared an image of a calm sea and clear blue sky on Instagram.

‘Thank you for all the support,’ she wrote alongside the picture.

Becker was declared bankrupt on June 21 2017, owing creditors almost £50m, over an unpaid loan of more than £3m on his estate in Mallorca, Spain.

Judge Deborah Taylor said he had shown no remorse or acceptance of guilt following his conviction.

Man shot to death in East Side