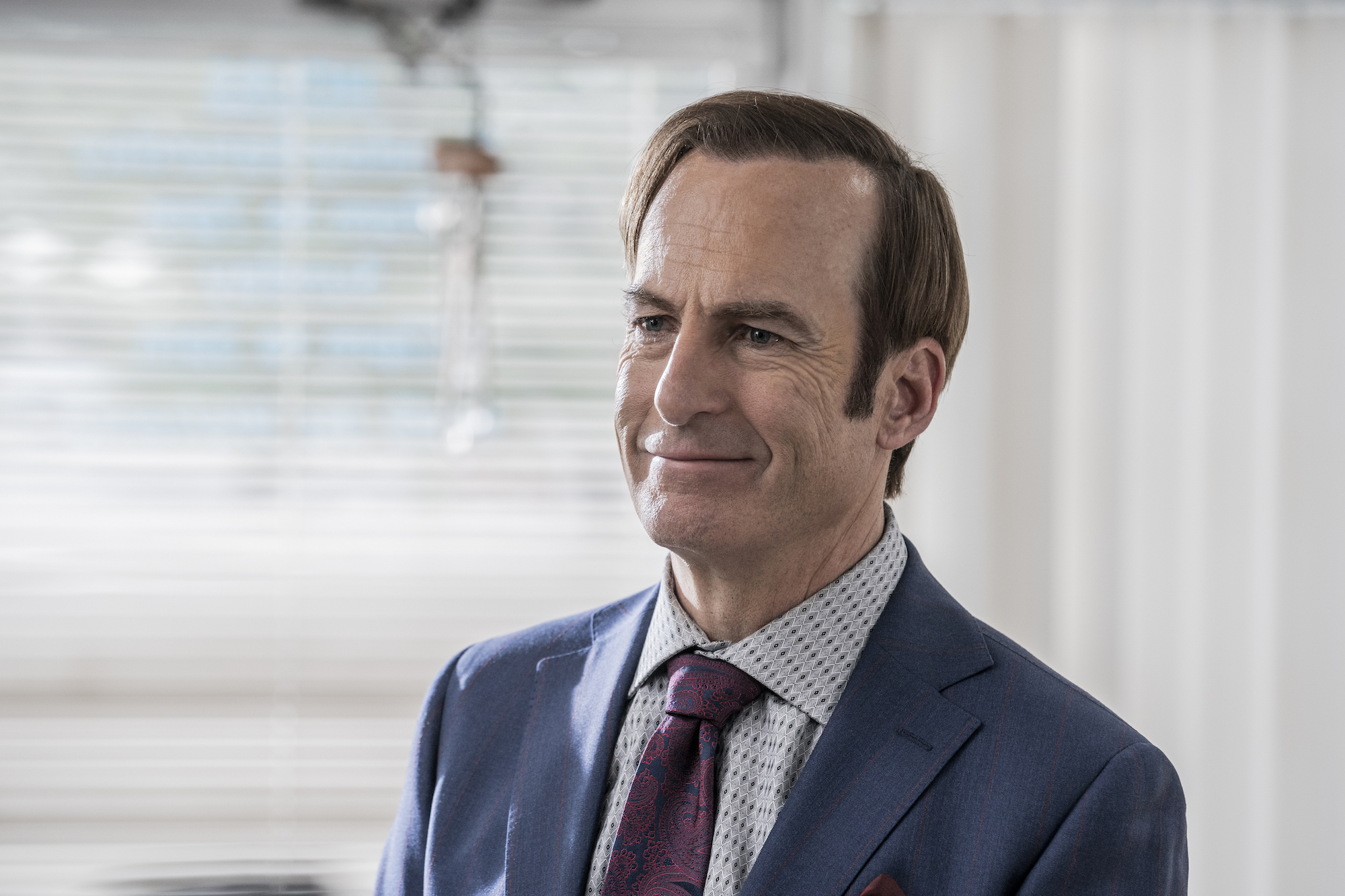 One chair isn’t going to cut it.

Though, to be fair to Kim (Rhea Seehorn), it’s the kind of thing that’s worked in the past for her and Jimmy (Bob Odenkirk). The name changes, the career changes, and the last-second strokes of genius have all been temporary fixes to head off the worst that’s coming their way.

After plenty of moments tracking Jimmy lying awake, unsure of what’s coming next, “Better Call Saul” shows Kim pacing around the living room, hoping that a 2 AM cigarette will do more than the piece of furniture shoved in the door to fend off anyone seeking revenge. Jimmy may be the one who’s already changed his name, but Kim is the one who’s fully processing the fundamental change that his choice to be a “friend of the cartel” is going to have on their lives.

A few scenes later, not long after director Melissa Bernstein frames her face in a cup of coffee during a catch-up chat, Kim is doing what every character in “Black and Blue” is being forced to do: confront their own worst tendencies head-on.

Part of that for Kim comes from a nagging bit of self-doubt. As she listens to glowing words from former paralegal Viola (Keiko Agena) about Kim being a kind of legal compass, you can see her reinvigorated public defender attitude slowly start to erode bit by bit. She’s still giving Jimmy career advice and is still on board for the partnership the two of them have together — her smile when she sees him drive into the parking lot below their balcony! — but without saying it explicitly, this seems like Kim questioning whether she’s still able to accept that kind of praise from a colleague.

The blows that visit Jimmy here are far more literal. Howard (Patrick Fabian) pieces together the source of his recent misfortunes and decides the best way to square things up is to, well, square things up. When Jimmy answers a bogus house call — one made entirely believable by the line of clients that continue to stretch out the door and around the corner at the new Saul Goodman HQ — Howard is standing ringside, ready to make their metaphorical back-and-forth a far more literal one.

Once the two get wrapped and gloved and shorts’ed, Bernstein finds an interesting balance in just how effective this cathartic fight is for each man. These are not two elite-level fighters, but they’re certainly fueled by a desire to be able to claim victory in a part of this fight that one of them didn’t even know he was a part of until recently. (Fabian has been so good this season — that “Cancel my week” has all the sharpness of a man equally committed to revenge and maintaining his composure.) They trade some combos and right hooks, but …read more

Glenn Close Wants ‘Fatal Attraction’ Series to Empathize with ‘Fragile’ Killer, Explain ‘Her Side of the Story’