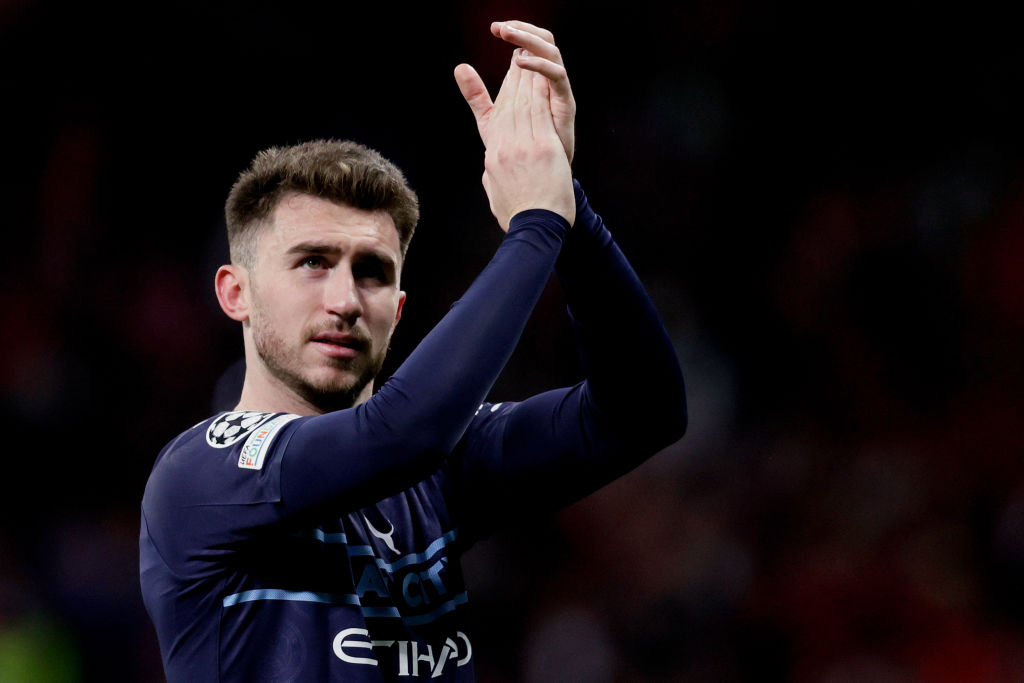 Manchester City defender Aymeric Laporte is delighted that Erling Haaland will be his teammate next season and there is no chance he will be lining up against the prolific forward in the years to come.

The Premier League champions confirmed that a deal has been struck to bring Haaland to the Etihad over the summer, although personal terms are still to be agreed.

A statement read: ‘Manchester City can confirm we have reached an agreement in principle with Borussia Dortmund for the transfer of striker Erling Haaland to the Club on 1st July 2022.

‘The transfer remains subject to the club finalising terms with the player.’

Those terms are not expected to be any issue and the Norwegian is likely to be paid around £375,000-a-week by his new employers.

Laporte is not on anything like that amount of money, but far from jealous, he is just glad to have the 21-year-old on his side next year, instead of terrorising him if City met Borussia Dortmund in the Champions League.

‘Happy not to be running after this guy for the next couple of years. Welcome Erling,’ he tweeted.

Happy not to be running after this guy for the next couple of years ððð
Welcome Erling âð»ð¥ https://t.co/aTdTWTPlmV

City boss Pep Guardiola attempted to stay quiet on his new arrival in a press conference on Tuesday, but when asked what impact signing a new number nine will have, Guardiola replied: ‘We have a number nine now.

‘New players always helps to be a stronger team. But not one defender or striker will solve our defensive or scoring problems.

‘The club always has to have a vision for the future. The decisions the club makes I am aware and supportive of 100%.’

Haaland’s release fee at Dortmund was only around £51m, which City have triggered, although with agent fees and bonuses the deal is likely to cost them over £80m.

MORE : Erling Haaland had no interest in Manchester United move as he felt they could not match his ambitions

Stock Market: Suez Canal Update! Floating!
Boris wants people back in offices and not at home ‘raiding the fridge’