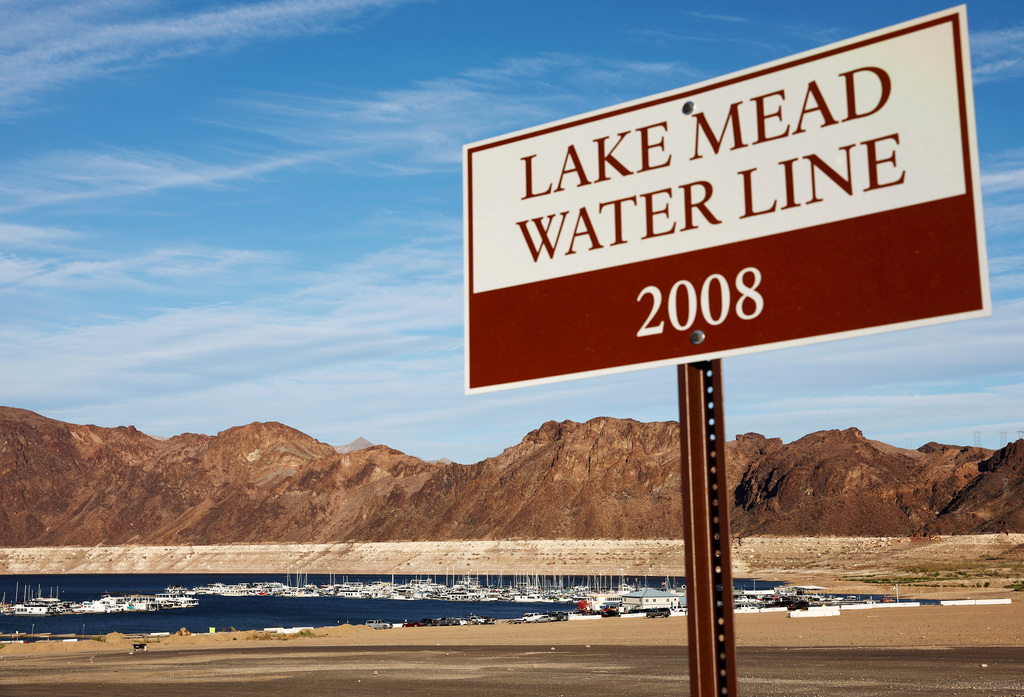 The reservoir on the Colorado River is about a 30-minute drive from the mob-founded Las Vegas Strip.

Goodman was a defense attorney who represented Mafia figures including ill-fated Anthony “Tony the Ant” Spilotro before serving three terms as a martini-toting mayor who made public appearances with a showgirl on each arm.

He declined to speculate about who might turn up in the vast reservoir formed by Hoover Dam between Nevada and Arizona.

“I’m relatively sure it was not Jimmy Hoffa,” he laughed, referring to the former labor boss who disappeared in 1975. But he added that a lot of his former clients seemed interested in “climate control” — mob speak for keeping the lake level up and bodies down in their watery graves.

Instead, the world now has climate change, and as a result the surface of Lake Mead has dropped more than 170 feet (52 meters) since 1983. The lake that slakes the thirst of 40 million people in cities, farms and tribes across seven Southwestern states is down to about 30% of capacity.

“If the lake goes down much farther, it’s very possible we’re going to have some very interesting things surface,” said Michael Green, a University of Nevada, Las Vegas history professor whose father dealt blackjack for decades at casinos including the Stardust and Showboat.

“I wouldn’t bet the mortgage that we’re going to solve who killed Bugsy Siegel,” Green said, referring to the infamous gangster who opened the Flamingo casino in 1946 on what became the Strip. Siegel was shot dead in 1947 in Beverly Hills, California. His assassin has never been identified.

“But I would be willing to bet there are going to be a few more bodies,” Green said.

The following weekend, boaters spotted the decomposed body of a man in a rusted barrel stuck in the mud of newly exposed shoreline.

The corpse has not been identified, but Las Vegas police say he had been shot, probably between the mid-1970s and early 1980s, according to the shoes found with him. The death is being investigated as a homicide.

A few days later, a second barrel was found by a KLAS-TV news crew, not far from the first. It was empty.

On Saturday, two sisters from the Las Vegas suburb of Henderson were paddle boarding on the lake near a former marina resort and noticed bones on a newly surfaced sand bar more than 9 miles (14.5 kilometers) from the barrels.

Letters: Marleau’s legacy | Missing for Mahan | No on Arenas | Return to democracy | A mother’s words