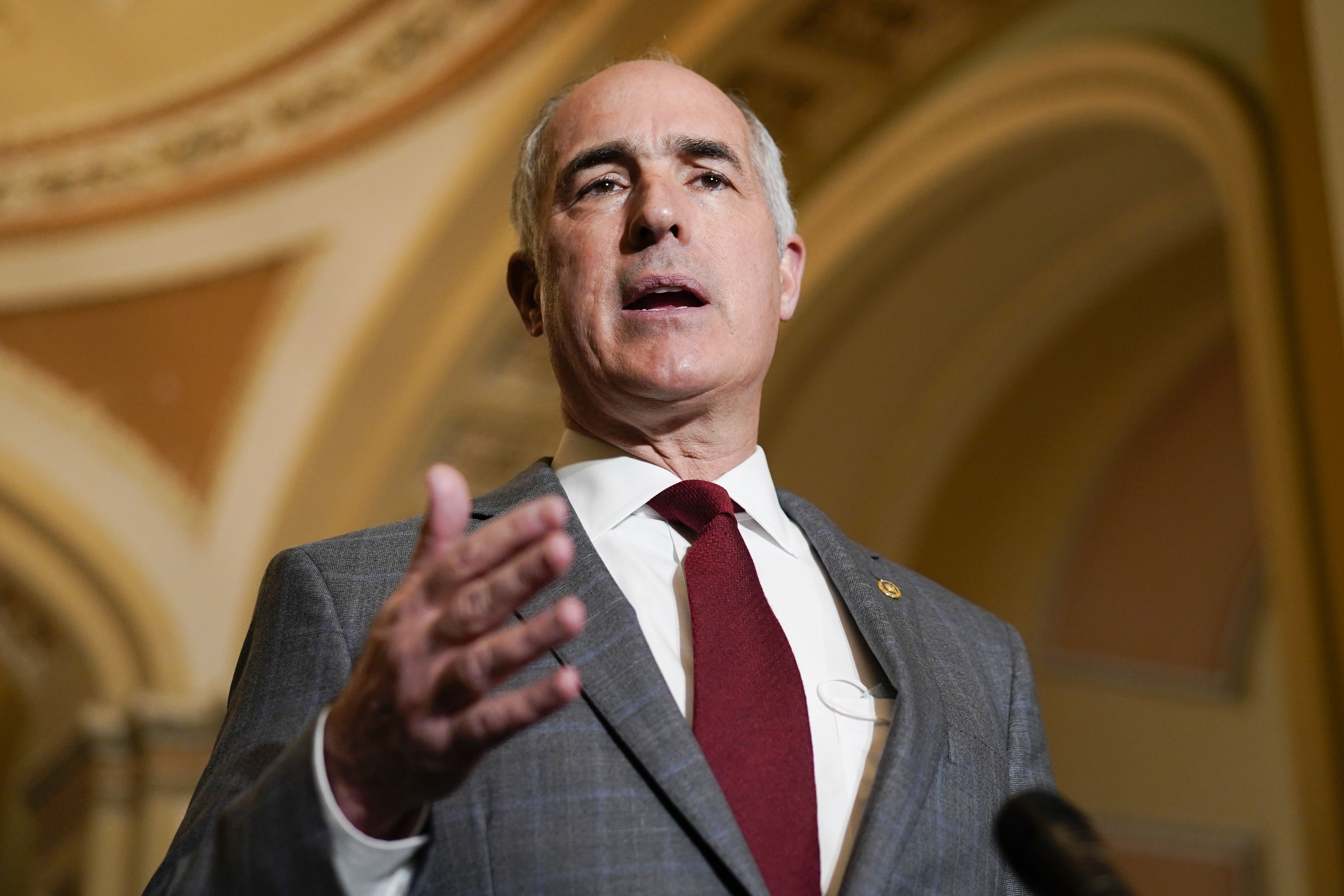 Sen. Bob Casey of Pennsylvania, one of the last lawmakers on Capitol Hill calling himself a “pro-life Democrat,” said Tuesday he would support a bill to write abortion rights into federal law following the Supreme Court’s leaked draft decision that would overturn the landmark Roe v. Wade ruling.

Casey, serving his third term, is not just any Democrat in the abortion debate. His father, a former two-term governor of Pennsylvania who opposed abortion rights, signed legislation that spawned another landmark abortion case, Planned Parenthood v. Casey.

Now Sen. Casey is in the position of watching the Supreme Court potentially overturn Roe v. Wade two years before he faces reelection while his party’s activists mobilize against any such decision.

He is casting his new position as a reaction to what he characterizes as an unforeseen move by Republicans in Congress to try to effectively ban abortion nationwide.

Casey said he will support the Democrats’ bill, if there is a final vote on it. And he said he has never voted for — and does not support — a complete ban on abortion.

“I think a lot of Americans are just beginning to understand the Republican position, which is, in many cases, not just a ban, but in a lot of states a ban without exception,” Casey said in an interview.

He told Politico in 2018 “that the description of pro-life Democrat is accurate:” for him.

But he told the AP on Tuesday that Republicans in Congress have moved from decades of saying they wanted states to have a say over abortion to pursuing legislation to ban it everywhere after six weeks — before many women even know they are pregnant.

“I think that’s a new and substantial development in their approach,” he said.

A vote on legislation by Senate Democrats to preserve abortion rights nationwide will not come to the floor if Democrats can’t come up with the votes necessary to bypass procedural hurdles. They are expected to fail on a Wednesday test vote.

Casey has won his Senate races campaigning as an anti-abortion Democrat, even as advocates accuse him of abandoning the cause through his more moderate positions.

“Because of his actions and words, I think Sen. Casey has abandoned legitimate use of the pro-life label,” said Michael Geer, president of the Pennsylvania Family Institute, which opposes abortion rights.

After the draft opinion emerged last week, Casey said he had “serious concerns about what overturning almost 50 years of legal precedent will mean for women in states passing near or total bans on abortion.”

As for the Senate, he said, “Congress should be working to reduce the number of abortions and unintended pregnancies and doing much more to support women and families.”

In the past, he has pushed for policies that he says are proven to reduce the number of abortions, such as boosting support for health care, contraception and programs that support women and children.

Still, Casey, in 2018 and 2020, broke with Democrats in voting to advance bills to ban abortions after 20 weeks and has said he supports …read more

Inside the manhunt for an escaped murder suspect and jailer

House passage of $40B Ukraine aid bill expected, Senate next