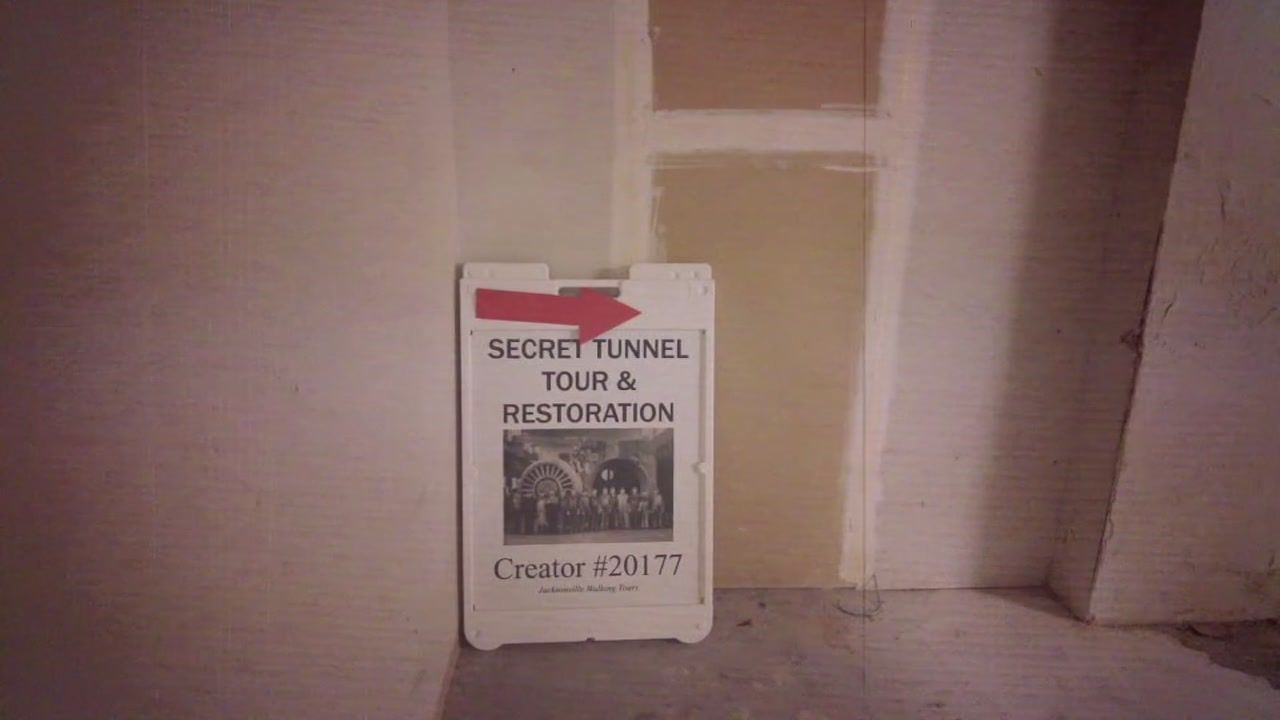 More than 100-year-old tunnels once connected downtown Jacksonville, and you can still see some of them for yourself today.

I recently went to Hogan Street, where I met with Gary Sass, who does a walking tour of the underground tunnels. He was dressed the same as Gen. Andrew Jackson during the War of 1812. Jacksonville is named after Jackson, who was the first governor of Florida and the seventh president of the United States.

We then headed into the Truist Tower. The underground tunnels now look like your typical corporate building’s hallways, but they were built to house hidden underground bank vaults a century ago.

“We’re actually walking through a series of tunnels that was, at one time, connected to the Atlantic National Bank,” explained Sass. “The banks decided to settle on this hill here where they could dig down on a hill and not hit water and then put the money underground, put their vaults underground. No one would suspect that anything was underground, so you would never be robbed.”

We went north and then back east under Hogan Street.

“A common question, you know, people say, ‘Is there any money still down here? Buried treasure?’” Sass said. “I’ll show you some of these old safe deposit boxes that have yet to be opened up.”

We entered a tunnel under the old Atlantic National Bank Building built in 1909.

According to Sass, they were the three largest banks in Florida at the time, and they all secured their money in underground vaults. As the buildings grew, so did their subterranean hideaways — a network of tunnels that laid the groundwork for Jacksonville’s future.

“We still maintain being a financial center with lots of insurance companies, as well,” Sass said.

The oldest tunnel was built in 1909. The original vault is still there. I tried to shut it, but it was very heavy. Sass, however, knows the trick to closing it — just a little pressure is all it takes.

“This way, if anybody did come down, you know, you would catch the robbers,” Sass shared. “You’d have plenty of time.”

The huge vault guarded the treasure of some of Jacksonville’s wealthiest residents. Some of the lockboxes remained locked to this day.

“Nobody knows the combination,” Sass revealed.

Sass believes the vault was in use until 1955 when he found the last inspection records. He said it became a trash pit until he started clearing it out and discovered a mountain of emergency drinking water. The date on them? 1962.

“So during our Cold War, they took this old vault and they decided to turn it into the bomb shelter,” Sass said.

Board approves conceptual designs for Jones on Hogan development

TRUST INDEX: President Biden blames inflation on the pandemic and the war in Ukraine