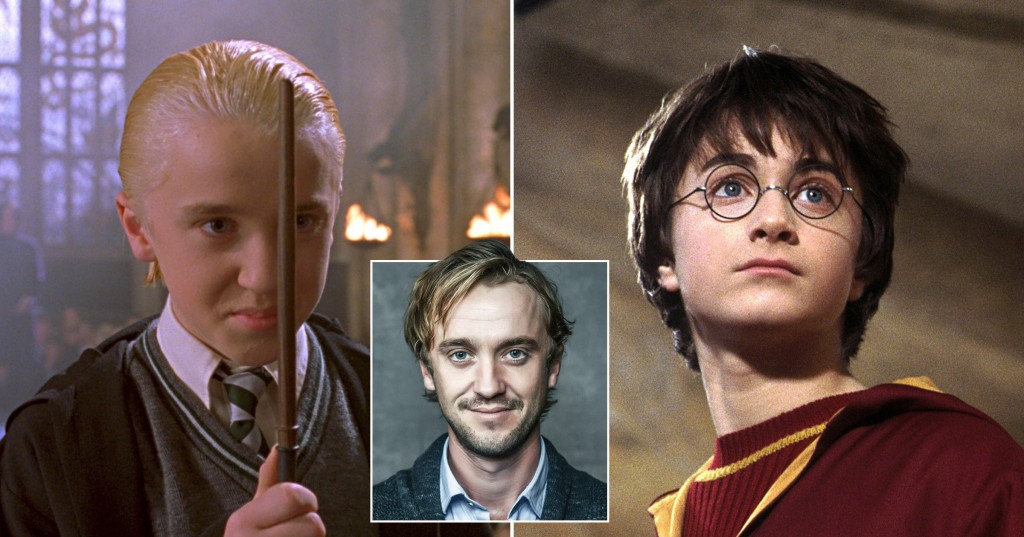 Tom Felton has admitted he had no idea what Harry Potter was when he auditioned for the part of Draco Malfoy – and it might have been exactly that ‘nonchalant’ attitude that ended up securing him the part.

The 34-year-old actor recalled the experience of auditioning aged 12 alongside lots of other children who were in love with the JK Rowling novels.

‘I was also one of the only ones who had no idea what Harry Potter was at the time,’ he told The Guardian. ‘Anyone could try out for it, so many excited kids went along who loved the books deeply.’

He first tried out for the title role of Harry Potter and his best friend Ron Weasley, dying his hair black and then ginger in the process. He said his ‘nonchalant’ and cavalier attitude towards the part of Draco, who could be described as arrogant at best, is what probably secured him the part.

‘I reckon I got the part because I was nonchalant,’ he continued, ‘and had no idea what anyone was on about. Wizards in cupboards under the stairs? And with three older brothers, you learn to be confident quickly.

‘I think Chris Columbus, the director, recognised this slight disinterest and arrogance in me, which he thought could work for Malfoy.’

Tom said he was able to resume life as normal and go to school on and off while making the films, unlike Daniel Radcliffe, who played Harry, Emma Watson, who played Hermione, and Rupert Grint, who starred as Ron, who Tom says were on set ‘non-stop for 10 years’.

‘My schedules were fixed in a way I could stay at school with weeks on and weeks off,’ he added. ‘Rupert [Grint], Emma [Watson] and Daniel [Radcliffe], meanwhile, were there non-stop for 10 years. I carried on as normal.

‘I’d get the occasional gag or comment from my mates, but honestly nobody was bothered. Some people really struggle with the idea that I wasn’t this special, popular kid, but I was walking around with dyed hair and played an evil wizard. It wasn’t cool. It did me no favours with the girls.’

The Harry Potter stars reunited earlier this for the 20th anniversary Return to Hogwarts special, during which Emma revealed the moment she fell in love with Tom.

Recalling a tutoring session session they both were part of, she said: ‘The assignment that had been given was to draw what you thought god looked like, and Tom had drawn a girl with a backward cap on a skateboard. And …read more