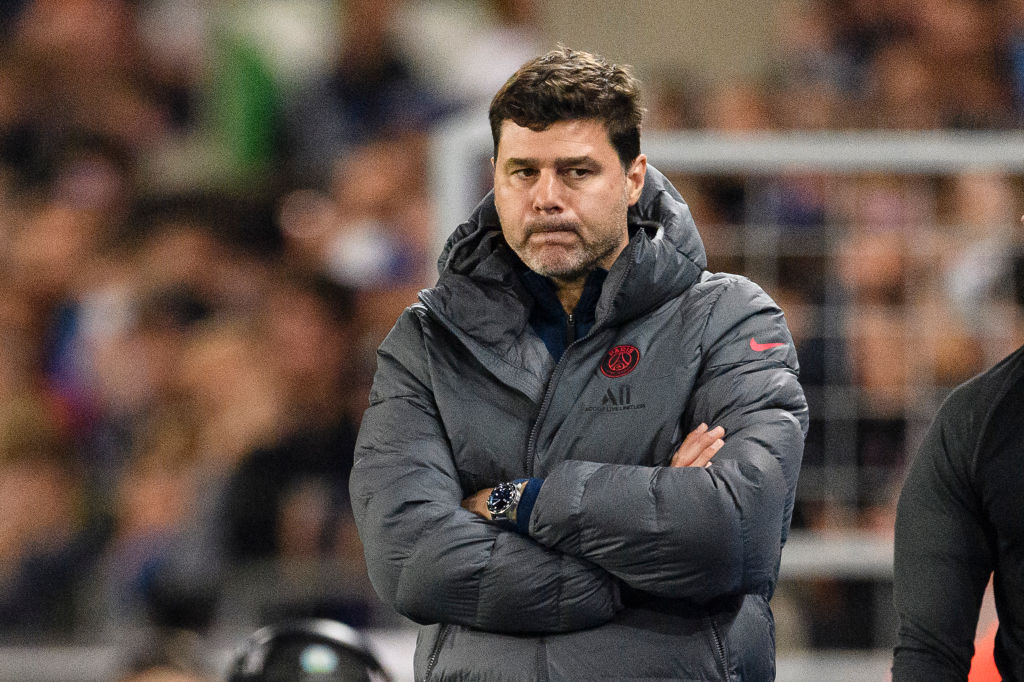 Mauricio Pochettino could be offered a new role in Spain (Picture: Getty Images)

Mauricio Pochettino has become a target for La Liga side Athletic Bilbao after missing out on the Manchester United job.

Pochettino remains in charge of Paris Saint-Germain, but after another disappointing season in the Champions League, he is expected to move on in the summer.

PSG’s exit at the last 16 stage at the hands of Real Madrid did not go down well in Paris and despite cantering to the Ligue 1 title, Pochettino is unlikely to stay in his job.

The former Tottenham manager was heavily linked with the Manchester United job, but now that has gone to Erik ten Hag, it will be elsewhere that the Argentine next looks for employment.

French publication L’Equipe report that Athletic Bilbao could be his next destination, with the Basque side also likely to be changing manager at the end of the season.

Current boss Marcelino is out of contract at the end of the current campaign and with a European finish looking unlikely, a new deal does not look probable.

Athletic Bilbao are tracking the situation of Pochettino in Paris and would be ready to make a move if indeed he does leave Paris, as expected.

Pochettino started his managerial career in Spain in 2009 and spent two years with Espanyol before moving to Southampton and then Spurs.

As for his replacement at PSG, Zinedine Zidane looks the most likely, with French Football Federation (FFF) president Noel Le Graet even hinting towards that move.

When asked about a replacement for Didier Deschamps as France manager, Le Graet told L’Equipe: ‘We’ll see what happens; Zidane might take on PSG, for the France team, you have to be free.

‘But today, we are going to do everything to put Didier in the best conditions to win this World Cup.’