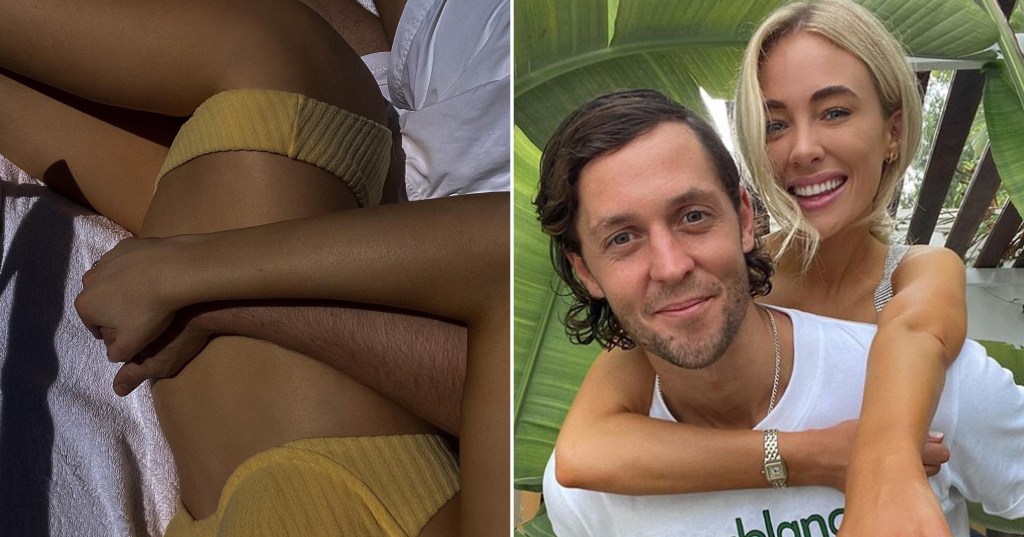 Made In Chelsea star Nicola Hughes is celebrating even more good news after announcing she is pregnant, just months after walking down the aisle.

Nicola, 32, announced on Monday that she is expecting her first child with husband Charlie Tupper.

The reality star shared an Instagram post of her wearing a yellow two-piece bikini while laying on a sun lounger, and Charlie cradling her baby bump.

MIC star Lucy Watson was among the first to congratulate the happy couple, and commented: ‘Best news ever.’

Nicola and Charlie have been enjoying a holiday – or babymoon, rather – in Marbella, Spain and have shared glimpses of their idyllic getaway on social media over the past week.

Completely falling in love with the warm climes, Nicola recently told her Instagram followers: ‘Moving to Spain becomes more appealing by the day.’

It comes after Nicola and Charlie married in August with a lavish wedding taking place at Botleys Mansion in Surrey.

Lottie Moss acted as a bridesmaid alongside Lucy and her sister Tiffany, while more than 100 guests were in attendance.

More: Made in Chelsea

Made In Chelsea’s Verity Bowditch on her new restaurant chain: ‘I’m not a preachy vegan’

The happy couple have been together for more than five years and were forced to plan their wedding in just six weeks due to the ever-changing restrictions during lockdown.

Nicola joined E4’s Made In Chelsea as Alex Mytton’s girlfriend, but she left the show in 2016 after Alex broke up with her via text amid rumours of him cheating.

MORE : The Games Viewers disappointed at lack of sporting events and too much filler as show returns

Conversations With Friends: Release date, trailer and how to watch the series in the UK