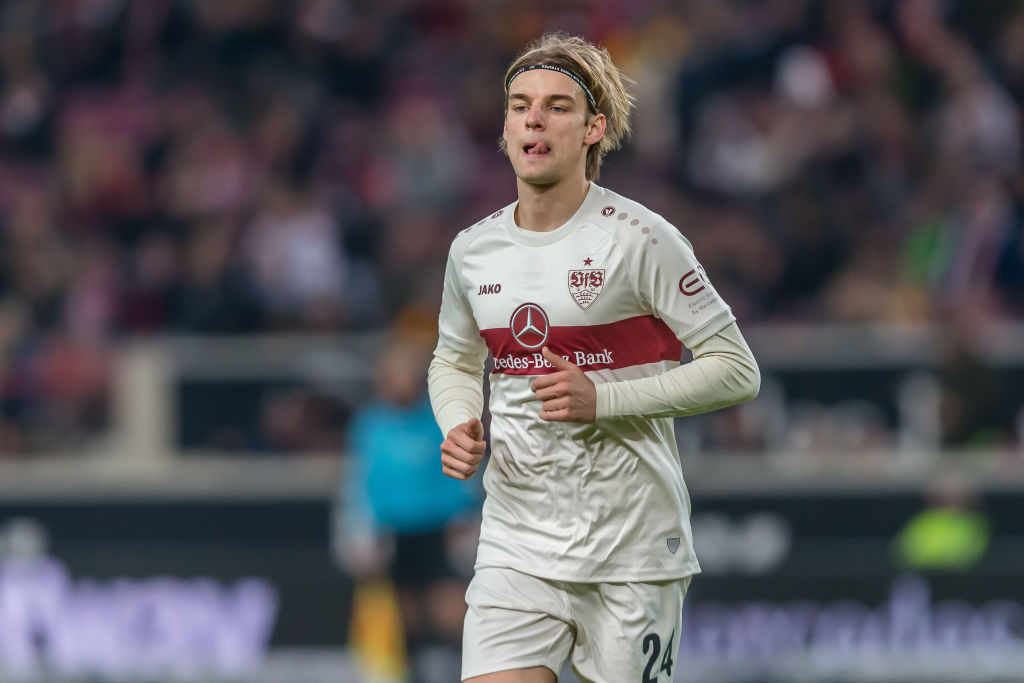 Stuttgart left-back Borna Sosa has been identified as a key target for incoming Manchester United manager Erik ten Hag and could become the Dutchman’s first signing at Old Trafford.

German publication Kicker reports that Ten Hag is a big fan of the 24-year-old and wants to link up with him as soon as possible when he takes over in Manchester.

The 24-year-old joined Stuttgart from his first club Dinamo Zagreb in 2018 and has been a regular in the first team over the last two seasons.

The full-back has only been capped five times by Croatia, but that is partly due to a move to play for Germany which looked likely, but proved unsuccessful last year, when he resorted back to the country of his birth.

Sosa could be available for around €25m (£21.4m) and immediately become part of Ten Hag’s extensive rebuild with the Red Devils.

The full-back is under contract at Stuttgart until 2025, having last signed an extension in 2020.

The Bundesliga side would not be keen to get rid of Sosa, but they are aware that if Manchester United come calling with a good offer then they will not stand in the Croatian’s way of a move to Old Trafford.

United already have Luke Shaw and Alex Telles as options at left-back, with Brandon Williams also set to return from loan at Norwich.

Shaw has been first choice, but his contract expires next year, with the club having an option to extend it by a further season.

MORE : Rio Ferdinand apologises to Jose Mourinho and says he was right about Manchester United