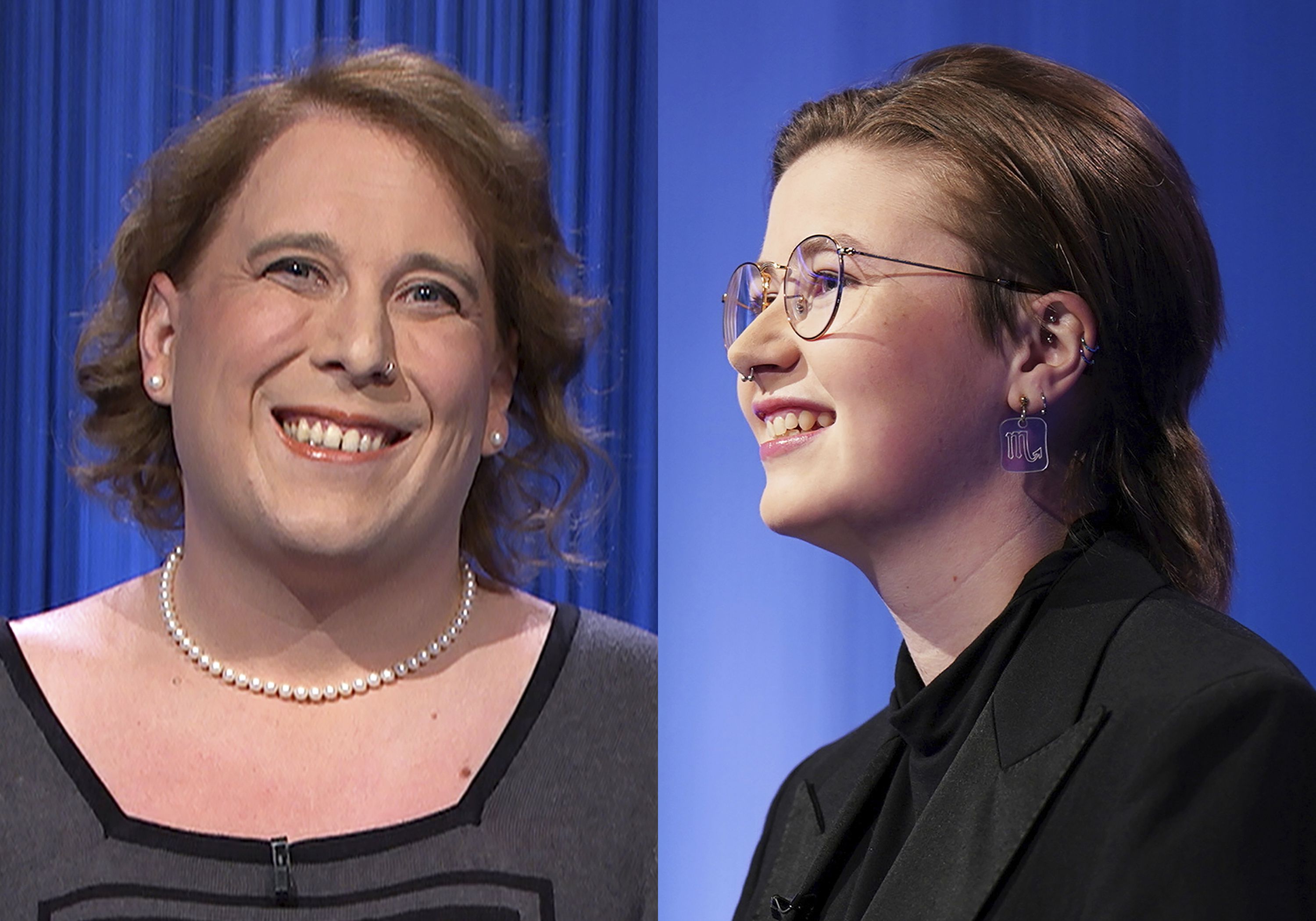 As Mattea Roach, Amy Schneider and Matt Amodio can attest, it’s cool to be smart again.

“Jeopardy!” is on an unusual run of super champs. In the past seven months, each of those contestants has landed in the television game show’s historical list of top five winning streaks. Roach’s run of victories ended on her 24th game Friday.

The timing couldn’t be better for “Jeopardy!” — and the show’s fans know all about timing.

The show had been reeling last summer after it bungled the process of replacing late host Alex Trebek. Mike Richards was fired as both host and executive producer of the show after insensitive statements he had made on a podcast surfaced.

“It has really let people fall in love with ‘Jeopardy!’ again and forget about what happened to focus on all of these amazing contestants,” said Andy Saunders, who runs thejeopardyfan.com website.

Amodio, a doctoral candidate at Yale University, ran off 38 straight wins before he was beaten last October. He soon gave way to Schneider, the engineering manager from Oakland who was a fixture on TV over the holidays before her streak ended at 40. Roach, a 23-year-old tutor from Toronto, was the show’s youngest major champion.

They joined Ken Jennings, whose 74-game streak in 2004 has never seriously been challenged and high-stakes gambler James Holzhauer, who won 32 in 2019, in the “Jeopardy!” top five.

The show, which has aired regularly since 1984, changed its rules in 2003 to allow people to stay on until they lose. Prior to that, winners were capped at five games.

Ask Michael Davies, the show’s executive producer, why the sudden run of big winners, and you get a verbal shrug.

“I don’t have a simple answer,” he said.

The “price” for such long runs can be a string of dull games because the players are so dominant. Yet the winning streaks create strong characters in ways that are unusual for game shows. People tune in to root for or against them like they do for sports teams, said Saunders, who has worked in game show production.

That’s reflected in the ratings. The “Jeopardy!” audience is up 400,000 this year in an era most shows are shrinking, Davies said. The game averaged 9.4 million viewers a night during the third week in April, more than any program that week on prime-time television, the Nielsen company said.

“The people that win are the people who make the most attempts, the ones who are able to unscramble what it is that they’re asking faster than anybody else,” Davies said.

Schneider and Roach were notable for their impressive breadth of knowledge, and they were rarely wrong. Amodio was particularly adept at harder questions with a big monetary value and he sought them out first, pinning hopes on a “shock and awe” strategy that demoralized opponents.

Since he’s been producer, Davies said “Jeopardy!” has been trying broaden out the subject matter that contestants face.

“We’re trying to test excellence,” said Davies, who was producer of “Who Wants to Be a Millionaire” during …read more

Dozens of people without home because of apartment fire

Buffalo shooting: Sites yank videos faster, but not by much