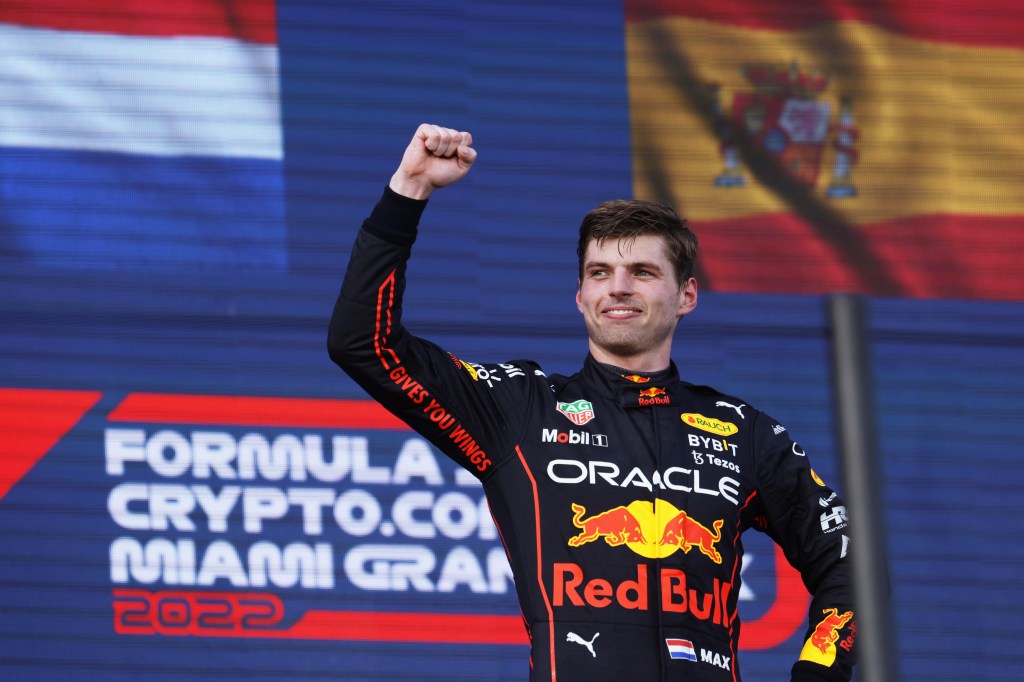 The Dutchman cut the Monegasque’s lead at the top of the championship standings down to just 19 points as he took his third victory of the season, maintaining his record of winning every race he ahs finished so far in 2022.

Leclerc put up a spirited challenge in the latter stages of the race after a late safety car, but ultimately didn’t have the pace to challenge the quicker low downforce setup for the Red Bull.

Carlos Sainz rounded out of the podium in third place but who impressed on F1’s first trip to its new US event, and who toiled?

The world champion delivered a performance full of control and acumen, managing his tyres expertly and using pristine judgement to chose when to overtake Leclerc before pulling away. Would comfortably lead the championship without Red Bull’s reliability issues.

Could do nothing to defend against the simply faster Red Bull, in the end, but a couple of scrappy laps after being passed cost him time and dropped well away from DRS range and meant Verstappen was left under little pressure.

Was passed at the start by Verstappen having started on the dirty side of the grid, and couldn’t match his team-mates pace as the leaders dropped him very early on. Would have finished lower had Perez not suffered from power loss.

Had the pace and tyre strategy to potentially challenge for the win but was hampered significantly by a loss of engine power which cost him six seconds and left him down on speed for over half the race.

Sergio Perez was contending with a loss of power in Miami. (Photo by Mark Thompson/Getty Images)

Started poorly after struggling to warm up the hard tyres but maintained his composure and patience until the safety car came out to deliver another strong result in a car which is mediocre at best.

Passed too easily by those behind at the start after suffering a slide in the early stages but showed strong pace to recover from there, and was once again unlucky to finish behind Russell because of unfortunate safety car timing.