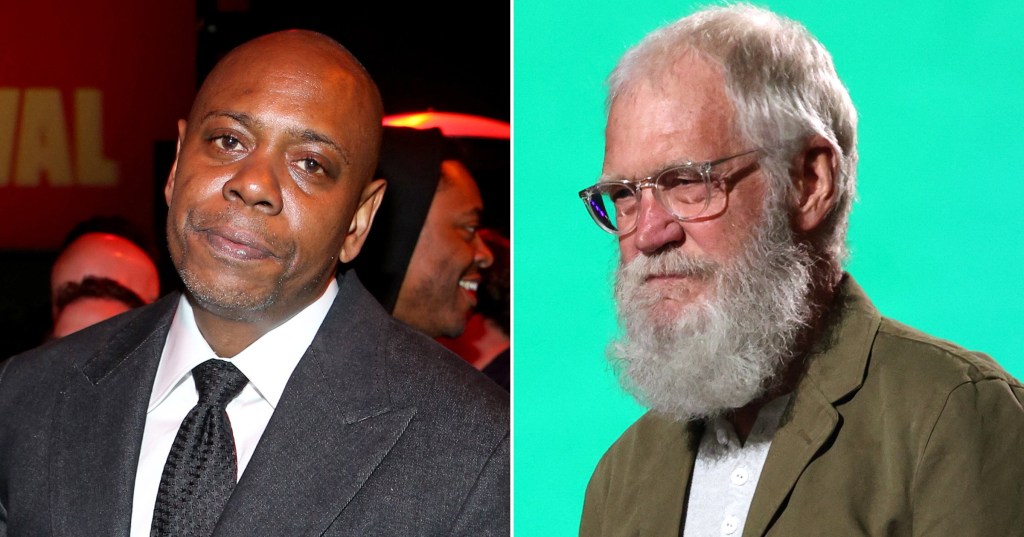 David Letterman made a joke about Dave Chappelle getting attacked on stage during his latest stand-up gig.

The chat show host, 75, was performing during the Netflix Is A Joke festival at the Fonda Theatres in Los Angeles when he referenced Dave, 48, being tackled by a man who stormed the stage during his recent show at the Hollywood Bowl.

During his performance over the weekend, David appeared to jump and look alarmed, scrambling across the stage before telling the audience: ‘I’m sorry – thought I saw a guy coming up here.

‘It’s just a waiter? I’m so sorry. It’s just been a little alarming, you know what I mean?’

He joked: ‘Let’s get one thing straight, in deference to the other performers tonight…. Let me just say this, when the show is finished I’ll be in the lobby, and if anyone wants to come and beat me up, by God, come on out.’

David then asked for a show of hands as he questioned: ‘How many of you would like to hit me right now?’

Following the incident with Dave, 23-year-old Isaiah Lee was arrested for assault with a deadly weapon.

According to the Los Angeles Police Department, the suspect was carrying a replica gun and a blade similar to a pocket knife.

A statement put out on behalf of the comic said that Dave had refused to allow the incident to ‘overshadow the magic of (the) historic moment’.

Dave himself have reportedly joked about the attack with Chris Rock, who himself was slapped on stage at the Oscars by Will Smith.

During a recent set he reportedly told Chris: ‘At least you got smacked by someone of repute! I got smacked by a homeless guy with leaves in his hair.’