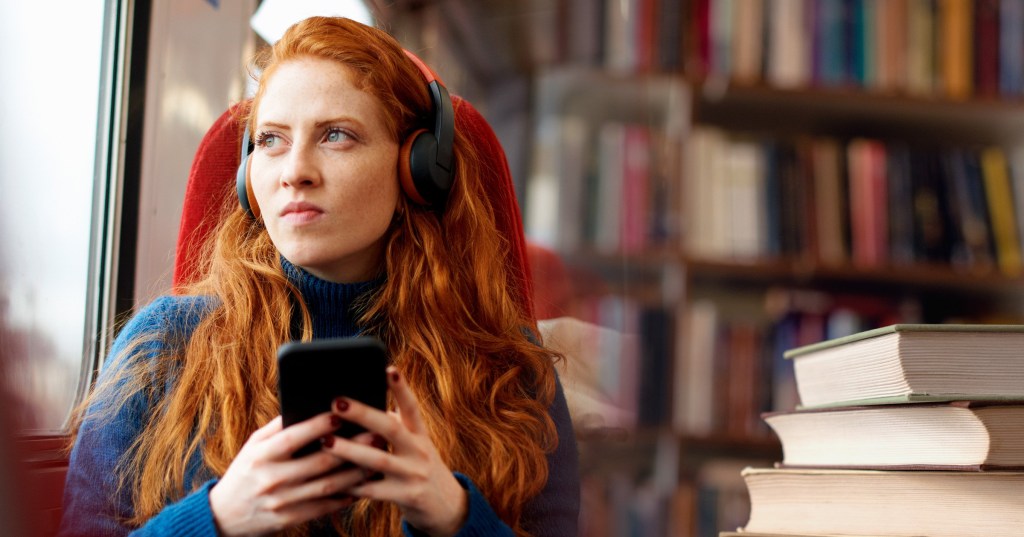 If your goal is reading more in 2022, do audiobooks ‘count’? (Picture: Getty)

Most people love reading, whether they’re avid readers getting through 50 to 100 books a year or more sporadic readers who dabble with two or three really great novels.

But one thing readers don’t agree on is which format – Kindle, library borrowing, browsing Waterstones every three days – is best.

Audiobooks are particularly controversial, as some believe listening to someone read a book aloud isn’t the same as ‘real’ reading.

Goodreads, a platform used by book lovers to record the books they want to read and the books they have read, does not have a separate audiobook section. If you have listened to an audiobook, you can simply add it to your ‘read’ list, but should audiobooks be considered as such?

Frances Norman, an avid TikTok user who is part of the community known as ‘BookTok’, where people share their reviews of books, update each other on their reading goals, and discuss their favourites, says that they absolutely should.

‘When you listen to an audiobook you take in the book word for word as the author wrote it,’ she said. ‘There’s no reason to say that you haven’t read a book because you listened to the audiobook. In fact, it would be misleading.

♬ You and Your Books – Jaysen

‘The purpose of a book is to tell a story, to construct characters and a setting and impart a certain atmosphere, emotions, and message to the audience.

‘An audiobook can do all of these things just as well – sometimes better – than a physical book and shouldn’t be discounted because of ableist rhetoric.’

Others on BookTok agree, with many videos commenting on the fact some people believe that they haven’t ‘read’ as much as they say since many of the books were consumed in audiobook format.

We put the question out on Twitter, to which journalist Katie Williams said: ‘Yes definitely [they should]! Many people find it difficult to actually read but an audio book allows them to consume it in a way that works for them.’

#JournoRequest: Should audiobooks be considered real books and should they be counted as books youâve âreadâ this year? Let me know in the comments ðð½

Kelsie Colclough agrees: ‘A lot of us struggle to find time to sit down and enjoy a book, but we can play an audiobook as we do other things. Also, I get motion sickness when I read in the car or on the train – audiobooks are a godsend.’

‘Anything that increases …read more

4 killed, teen among 19 wounded by gunfire in Chicago since Friday evening