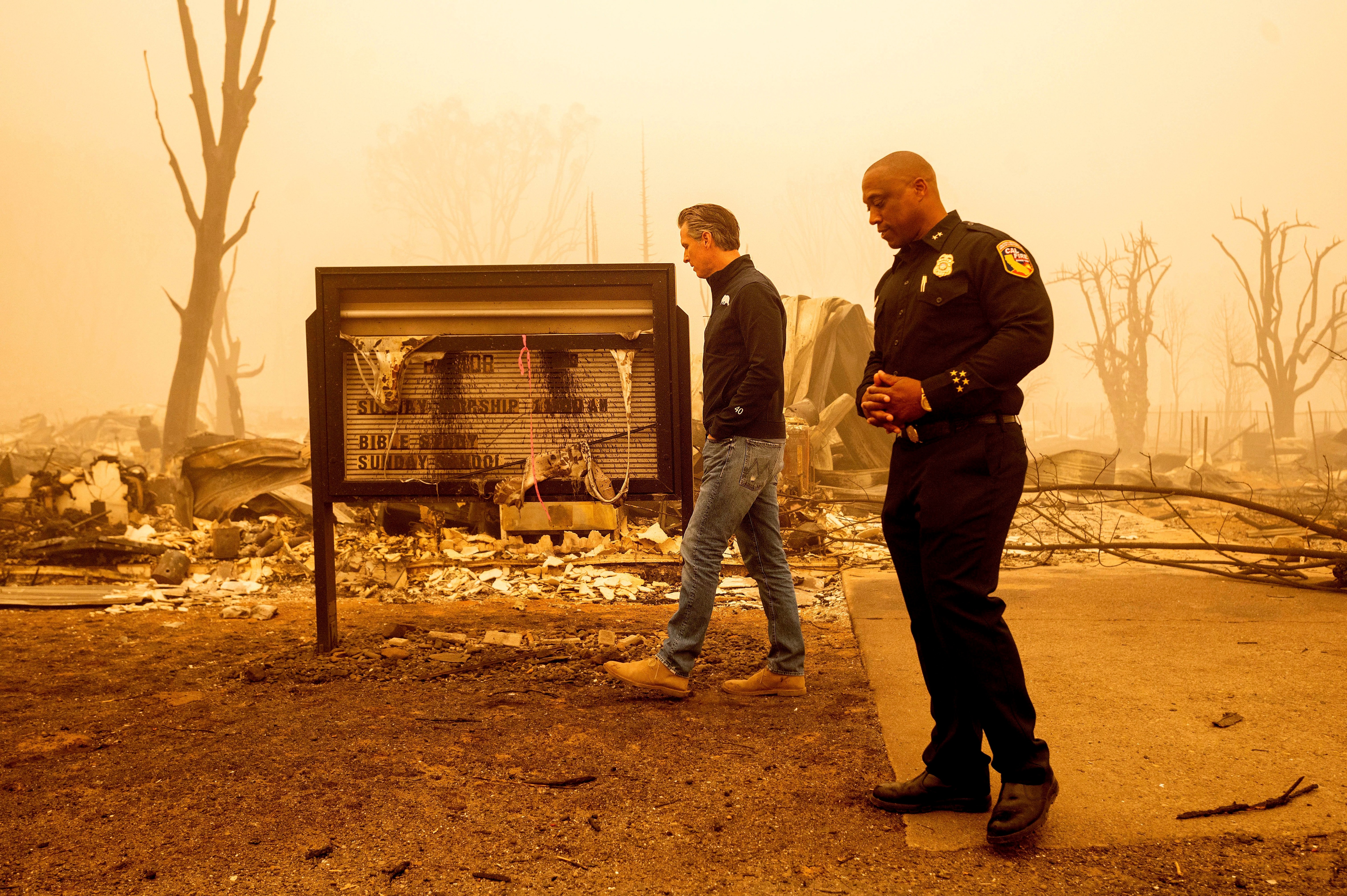 Their state budgets flush with cash, Democratic and Republican governors alike want to spend some of the windfall on projects aimed at slowing climate change and guarding against its consequences, from floods and wildfires to dirty air.

Democratic governors such as California’s Gavin Newsom and Washington’s Jay Inslee have been clear about their plans to boost spending on climate-related projects, including expanding access to electric vehicles and creating more storage for clean energies such as solar. Newsom deemed climate change one of five “existential threats” facing the nation’s most populous state when he rolled out his proposed state budget this past week.

In Republican-led states, governors want to protect communities from natural disasters and drought, even as many of them won’t link such spending to global warming.

Arizona Gov. Doug Ducey this past week pitched $1 billion for water infrastructure as drought grips the Western U.S., shriveling water supplies for cities and farms. Idaho Gov. Brad Little, who has acknowledged climate change’s role in worsening wildfires, proposed $150 million for five years’ worth of fire-fighting costs, plus more for new fire personnel. In South Carolina, Gov. Henry McMaster called on lawmakers to spend $300 million in federal money for, among other things, protecting the state’s coastline against flooding, erosion and storm damage.

“I can think of no more meritorious use of taxpayer funds than to protect these pristine properties for future generations of South Carolinians,” he said as he presented his proposed state budget, which also includes $17 million to use in the aftermath of hurricanes and other natural disasters.

Governors’ proposals are just the first step in budget negotiations, and they’ll have to work with state lawmakers on the final details. Many governors will issue their plans in the coming weeks, with some already telegraphing their priorities. New York’s Gov. Kathy Hochul, a Democrat, used her state of the state address to call for $500 million in spending on offshore wind projects.

This year’s discussions on how to spend taxpayers’ money comes not only as many states are seeing massive budget surpluses, but also as the negative effects of changing weather patterns are becoming ever harder to ignore. As drought continued in much of the West, an unseasonable December wildfire ripped through a Colorado neighborhood near Boulder. Deadly off-season tornados ravaged Kentucky, and several hurricanes hit the Gulf Coast. Late summer temperatures soared to sweltering, record-breaking levels in the Pacific Northwest.

“The climate crisis is not an abstraction. It is something that I and every governor in the United States, almost on a weekly basis, have to deal with,” Washington Gov. Jay Inslee, a Democrat, said this past week.

Man charged with storming Capitol made rap videos about riot