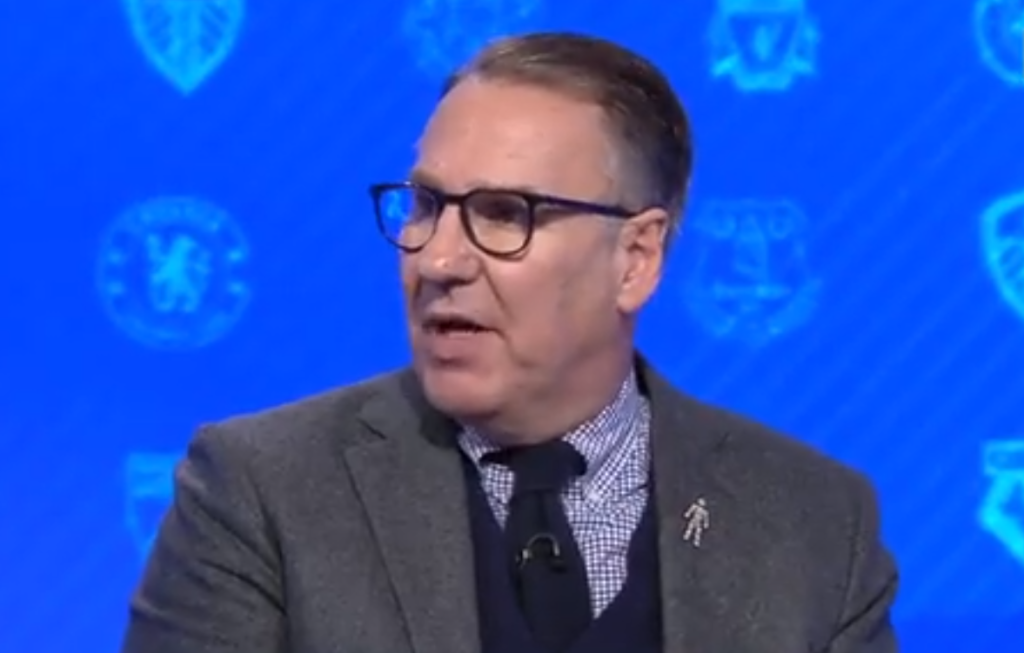 Merson thinks the game should go ahead (Picture: Sky Sports)

Paul Merson has criticised Arsenal’s decisions to send Ainsley Maitland-Niles and Folarin Balogun out on loan after the club requested to postpone their game against Tottenham.

The Gunners have asked to Premier League to call off Sunday’s north London derby, citing a lack of first-team options due to Covid, injuries and players being away on Africa Cup of Nations duty.

The league are set to make a decision on whether or not to postpone the match on Saturday, with new regulations stipulating teams need a minimum of 13 outfield players for a game to go ahead.

Arsenal have requested for the derby to be postponed (Picture: Getty Images)

Arsenal are without Granit Xhaka due to suspension, while Martin Odegaard tested positive for Covid-19 before the game against Liverpool in midweek.

The Gunners are particular light on options in midfield, with Thomas Partey and Mohamed Elneny away at AFCON.

Versatile midfielder Ainsley Maitland-Niles has also been sent out on loan to Roma, while striker Balogun will spend the remainder of the season at Middlesbrough.

Gunners hero Merson thinks the match should go ahead as scheduled and questioned why the two aforementioned players were allowed to leave on loan.

‘They’re trying to call the game off because they haven’t got any midfield players. It’s as simple as that,’ Merson told Sky Sports.

‘They’ve got one [out with] Covid and they’ve got midfield players missing.

‘All they’ve got is [Albert Sambi] Lokonga, whose their only midfield player. They had to play [Bukayo] Saka and [Gabriel] Martinelli in midfield the other day against Liverpool.

‘They could change it and put a [Rob] Holding, [Calum] Chambers or [Ben] White into midfield, they can do it.

‘It should be played. That’s just the way it is.

‘Don’t get rid of the two players that go on loan who could play for Arsenal and have played for Arsenal. It’s not like they haven’t played a game.

‘In this day and age when we know there’s Covid about and a lot of football matches, why are you putting people on loan to nick you 10, 20, 30 grand?

‘Look after the club, don’t try and make money.’