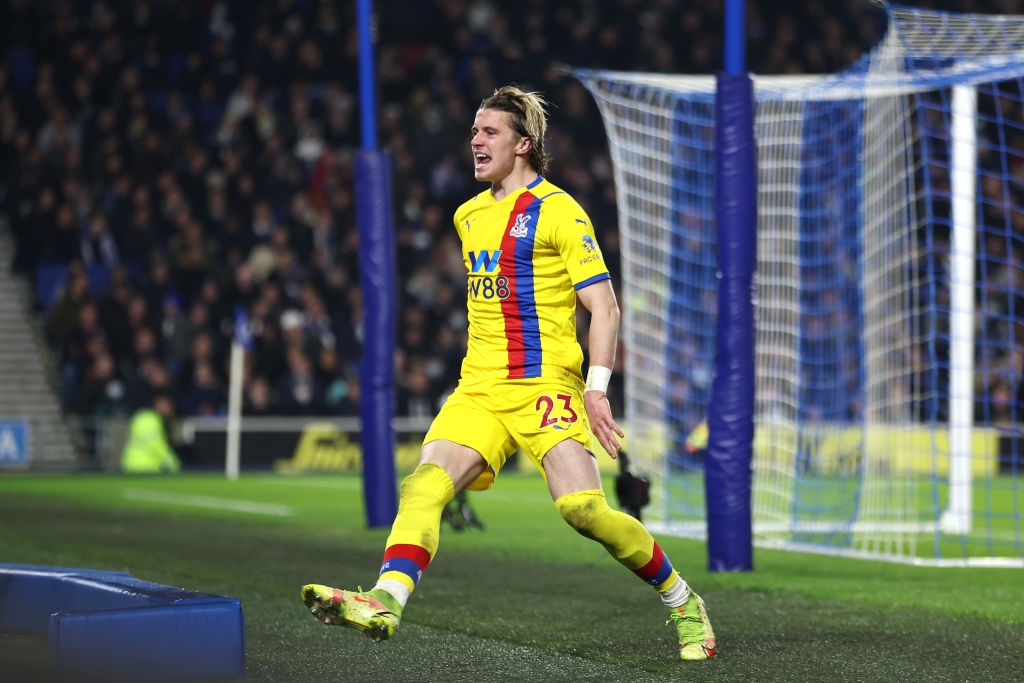 Gallagher has impressed for the Eagles this season (Picture: Getty Images)

Conor Gallagher has played down comparisons between himself and legendary former Chelsea midfielder Frank Lampard.

Blues loanee Gallagher is thriving on his season-long spell at Crystal Palace, with his opener in Friday night’s 1-1 draw with Brighton taking his goal tally to six for the campaign.

Before the game at the Amex Stadium, Eagles boss Patrick Vieira likened the midfielder to Lampard, and has previously described him as a ‘manager’s dream’.

The Chelsea loanee was compared to Lampard by his manager (Picture: Getty Images)

But when those comparisons were put to him after the match, Gallagher simply laughed it off.

‘Let’s be serious… Frank Lampard, I can’t be compared to someone like that,’ Gallagher told Sky Sports.

‘I couldn’t be happier when it went in. I was just trying to get contact on it! I did try and get it in the corner, I didn’t even look up I don’t think.’

Thomas Tuchel has insisted that Chelsea ‘love’ Gallagher and are ‘convinced’ by him, but the 21-year-old is fully focused on Palace rather than a potential future role at Stamford Bridge.

‘We know that Chelsea is one of the best teams in the world right now, it is a tough team to get into,’ said Gallagher.

‘I’m not really thinking about that at the moment, I’ll try and do my best for Crystal Palace.