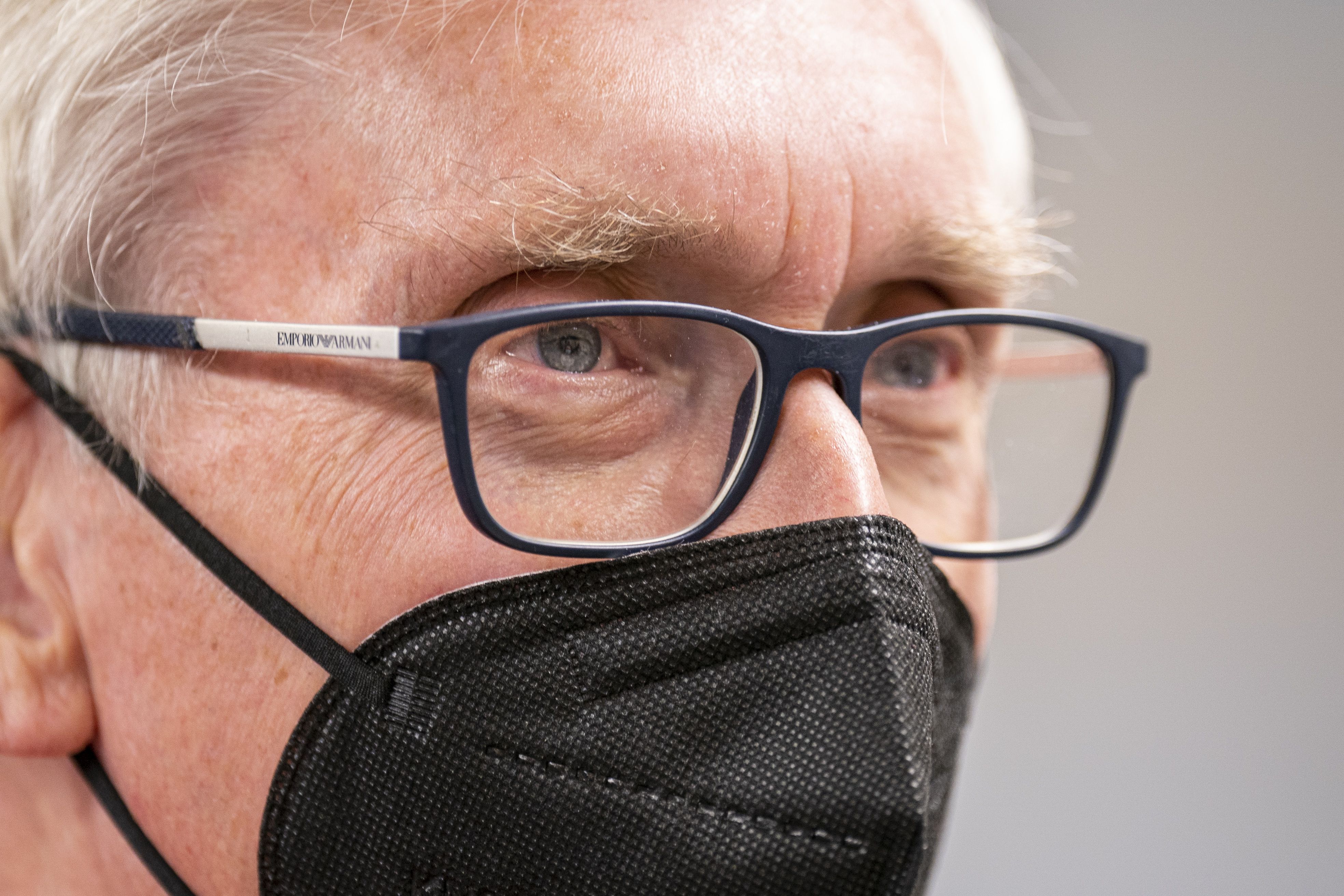 Wisconsin’s Democratic Gov. Tony Evers is known for his folksy demeanor, sprinkling his speeches with “by gollys” and the occasional PG-rated swear word. To win reelection, the 70-year-old grandfather and former teacher is trying to convince voters that he’s also a valiant defender of democracy and the lone figure ensuring their votes will still matter in 2024 and beyond.

“We are that close to not having our vote count in the state of Wisconsin,” Evers warned about 50 Democrats who braved single-digit temperatures on a recent Saturday morning to see him at a party headquarters in downtown Janesville.

In heavily gerrymandered Wisconsin, Evers is the only resistance to state Republicans eager to reshape elections to aid their party. He’s already vetoed a half-dozen bills that would make it more difficult to vote, with the GOP promising more efforts to overhaul elections this spring.

They’re destined for defeat as long as Evers is in place, but any Republican who beats him would have plenty of time to shift the playing field before 2024 — in one of the few battleground states that typically decides the presidential race.

“I don’t think he’s exaggerating when he talks about what’s at stake and the fact that he’s the last line of defense to a lot of these things happening,” said Democratic state Rep. Gordon Hintz.

Many Republicans around the country are working to undermine Joe Biden’s 2020 victory, roll back voting access in some areas and elect candidates to offices that might allow them to block unfavorable results in 2024. Evers isn’t the only battleground Democrat making the argument, particularly in the so-called “blue wall” trio of states — Wisconsin, Michigan and Pennsylvania — that Biden flipped en route to winning.

In Michigan, Attorney General Dana Nessel has highlighted a Republican opponent who argued that state’s lawmakers should have voted to decertify the 2020 results.

“We are heading into November strong, but we cannot take it for granted,” Nessel tweeted this week. “Get ready to vote like democracy depends upon it. Because it does.”

In Pennsylvania, Attorney General Josh Shapiro – the state’s presumed Democratic nominee for governor — is in court challenging what Republican lawmakers call a “forensic investigation” of the election amid GOP campaign trail vows to repeal the state’s mail-in voting law. Shapiro has made “defending our democracy” a central plank of his campaign.

Biden sounded some similar notes this week in a fiery speech in Atlanta, describing the raft of voting changes around the country as “Jim Crow 2.0” and imploring senators to change chamber rules to pass voting rights legislation blocked by Republicans.

Democrats are undertaking the strategy even though polls have shown it’s not front of mind with voters more concerned about rising inflation and the state of the economy.

In Wisconsin, Republicans have dismissed the “democracy at risk” argument.

“That’s not a kitchen table issue,” said Andrew Hitt, a GOP strategist and former state party director. “That’s not an issue that people wake up every day and are like, ‘How am I going …read more

No charges for 151 Arizona votes vetted over fraud claims

Let the challenges begin! Time for contesting census is here