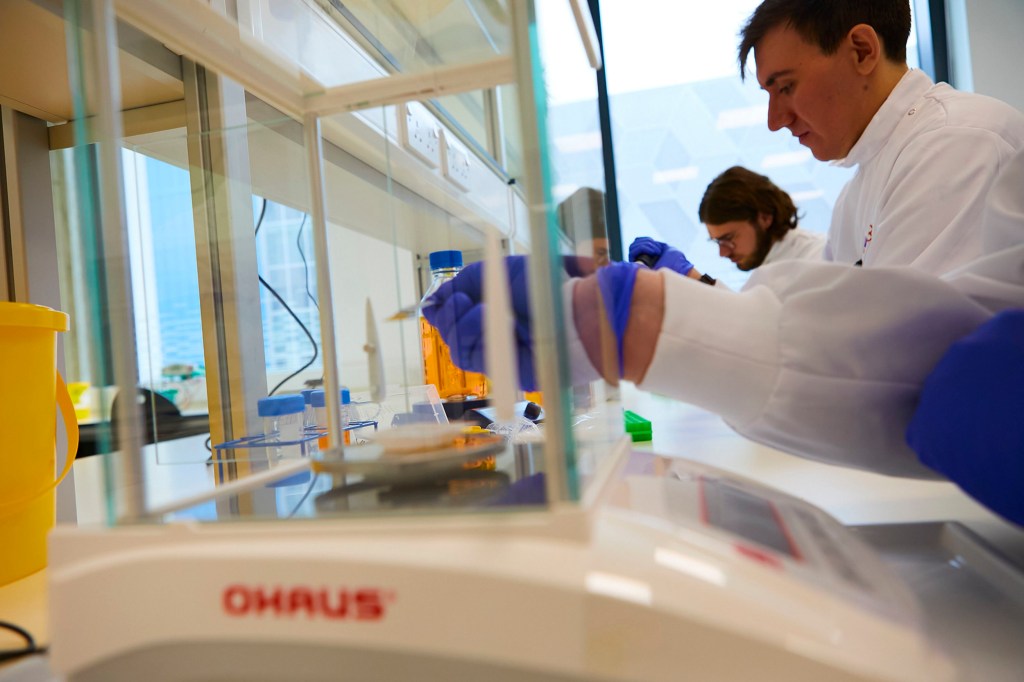 The test, known as AMBLor, is applied to a standard biopsy of the primary melanoma when it is removed (Credits: PA)

Scientists have developed a test which reliably predicts the spread or return of the most deadly form of skin cancer.

The technological advance came as they made a breakthrough in understanding the mechanism of skin cancer growth.

Professor Penny Lovat, of Newcastle University, led the work on developing the test which will give reassurance to patients diagnosed with an early stage melanoma.

The test, known as AMBLor, is applied to a standard biopsy of the primary melanoma when it is removed and will identify patients who are at a low risk of cancer reoccurring or spreading.

Professor Lovat said: ‘Our test offers a personalised prognosis as it more accurately predicts if your skin cancer is unlikely to spread.

‘This test will aid clinicians to identify genuinely low risk patients diagnosed with an early stage melanoma and to reduce the number of follow-up appointments for those identified as low risk, saving the NHS time and money.’

The British Skin Foundation supported the research, which was done in association with the university spin-out firm Amlo Biosciences.

The test is known as AMBLor (Credits: PA)

The foundation’s chief operating officer, Phil Brady, said: ‘The development of the AMBLor test can alleviate stress and anxiety for patients caused by this potentially deadly skin cancer, whilst increasing efficiency and reducing costs to the NHS.’

The test identifies a patient’s true risk of disease progression and provides anyone diagnosed with a non-ulcerated early stage melanoma – accounting for around 75% of all new diagnoses – more accurate information about the risk of the disease spreading.

The scientists have published their findings on the mechanism of how the skin works – which underpins the test – in the British Journal of Dermatology.

The researchers have found that early stage melanomas which are at risk of spreading secrete a growth factor which causes the reduction, or downregulation, of the certain proteins in the skin overlying the tumour.

Prof Lovat said the proteins were like mortar holding bricks together in a wall.

She said: ‘When these proteins are lost, gaps develop – like the mortar crumbling away in the wall.

‘This allows the tumour to spread and ultimately ulcerate, which we know is a process associated with higher risk tumours.

‘Our new understanding of this biological mechanism underpins the test we have available.’

The test will identify patients who are at a low risk of cancer reoccurring or spreading. (Credits: PA)

Cory Inglis, 49, has had a biopsy for a melanoma which will be sent for analysis in the new AMBLor test.

He said: ‘A test, like AMBLor, which tells you that your tumour is genuinely low risk, helps significantly with the anxiety of an already very stressful situation.’

Stock Market: Suez Canal Update! Floating!
There are nine types of people who attempt Dry January – which one are you?