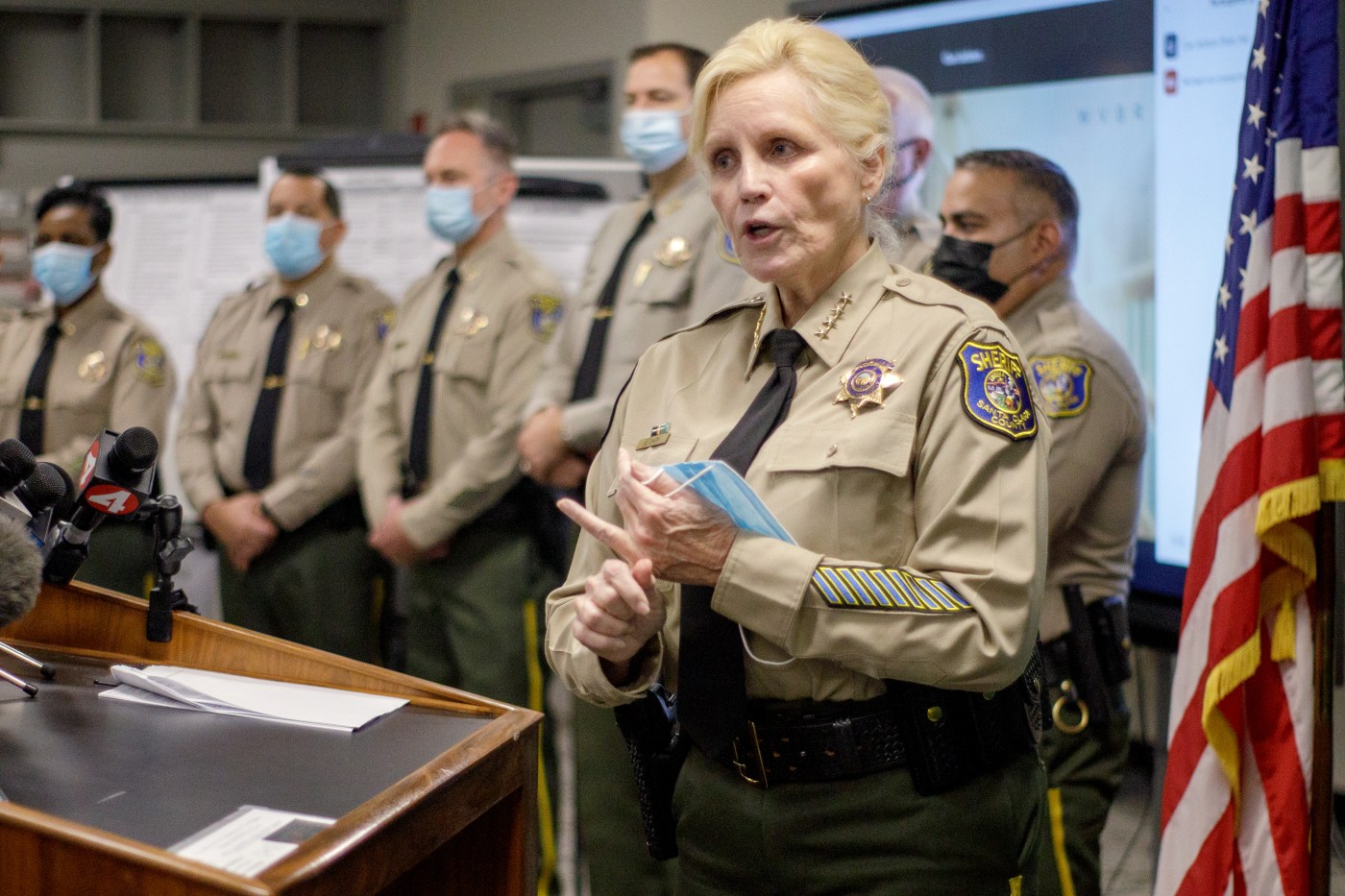 Santa Clara County Sheriff Laurie Smith made her first court appearance Friday to answer to corruption allegations leveled against her by a civil grand jury that, if they were to be affirmed at trial, would lead to her being expelled from office.

Smith did not enter a plea and San Mateo County Judge Nancy Fineman gave her attorneys and prosecuting attorneys at least through April to debate, through legal briefings, the sufficiency of the accusations made by the civil grand jury.

If a trial proceeds, a rare hybrid civil-criminal trial would follow. Like a criminal trial, the process would involve a jury, which would hear witness testimony and evaluate evidence. In lieu of sentencing, however, a unanimous guilty verdict on any of the seven counts against Smith would prompt her forcible removal from office by the court.

The new timeline established Friday means that any trial would take place just before — or even during — the June primary election, introducing the possibility of a sitting sheriff being expelled from office not long after re-election.

Amid the heavy scrutiny — including a county board of supervisors’ no-confidence vote of Smith this past fall — Smith has not announced her intention to run for a seventh term, nor has she filed the necessary paperwork with the county and state, which has a mid-March deadline. This week, the list of official candidates vying to replace her doubled to four, with the entry of a retired San Jose police assistant chief and the current Palo Alto police chief.

The case timeline set Friday was driven largely by the fact that Smith’s defense attorneys — Allen Ruby and his co-counsel Jim McManis — have not fully examined the 30-volume transcript of the civil grand jury proceedings.

“Until we’ve had an opportunity to read the transcript,” Ruby said Friday, “We can’t know what all of our objections are, and there are plenty.”

Smith waived her right to a speedy trial to allow for that examination — though in one of many examples of uncertainty about the rare civil-criminal case, the judge was not immediately certain that right applied.

The case was being heard in San Mateo County after Santa Clara County Superior Court recused itself in part because Smith’s deputies are heavily integrated into everyday court life, serving as in-house court security as well as courtroom bailiffs. Friday’s arraignment was held on a remote videoconference because San Mateo County has temporarily halted in-person civil court proceedings because of the wide spread of the omicron variant of COVID-19.

Stock Market: Suez Canal Update! Floating!
Harriette Cole: I think he had a sneaky motive for leaving his hat in my car

One injured during attempted jewelry store robbery at Topanga mall

49ers Studs and Duds: Deebo Samuel leads the way to a playoff win over the Cowboys as Jimmy Garoppolo, Kyle Shanahan crumble in second half