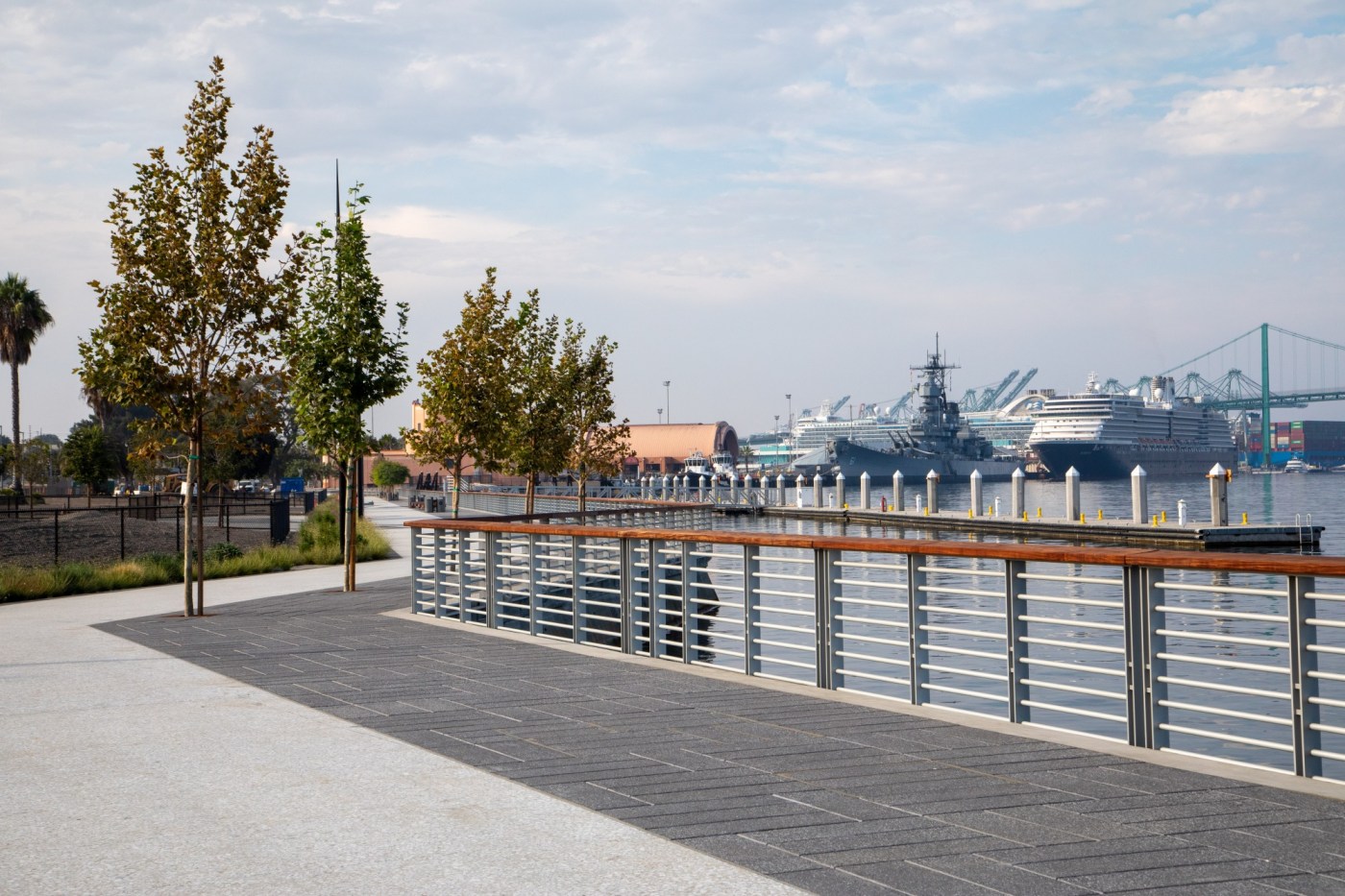 San Pedro’s new waterfront has been a long time coming.

But with construction on the buildings, the final step, expected to begin sometime around spring — and an opening still envisioned for late 2023 — an effort is underway to provide an early preview, with an agreement in the planning that would allow the public onto the waterfront promenade ahead of schedule.

Officials at the Port of Los Angeles and West Harbor developers said a deal is being worked on — and could be in place soon — that would allow members of the public to enjoy the new open space as construction continues on the rest of the waterfront attraction.

Among the issues to be worked out are safety elements, as the area is within a construction zone.

“We are working with our development partner West Harbor to provide public access to the newly constructed promenade in the near future,” Port of LA spokesman Phillip Sanfield said on Thursday, Jan. 13, adding that the port hoped “to have an agreement soon.”

Eric Johnson of Jerico Development echoed that assessment, saying he expected something to be in place early this year that would allow the public to enjoy parts of the completed promenade, which offers a front-row, water’s edge view of the port’s busy main shipping channel.

The progress that’s been made on the 42-acre site throughout the pandemic has gone largely unseen by the public because of the fencing and barricades blocking the construction site from views along Harbor Boulevard, just south of the Los Angeles Maritime Museum.

Branded West Harbor, the new development has now signed numerous long-term tenant leases, and much of the landscaping and infrastructure is now finished on the area that once housed Ports O’ Call Village. The cost of the West Harbor development, Johnson said in November, likely will go higher than the current $150 million projection by the time it is built.

And the effort has taken years to get to this point.

Plans are “generally on track” to start construction in latter part of the first quarter this year, Johnson said. Plans were pushed back after the pandemic struck in 2020 but during the slowdown, port crews continued working on providing much of the needed open space landscaping and infrastructure, including the promenade.

Officials hailed the a $36 million Town Square & Promenade as complete in October. The Town Square has opened to the public, but the promenade has not — because it is within the contruction zone.

Harriette Cole: My teen is afraid to see her friends after unfortunate encounter