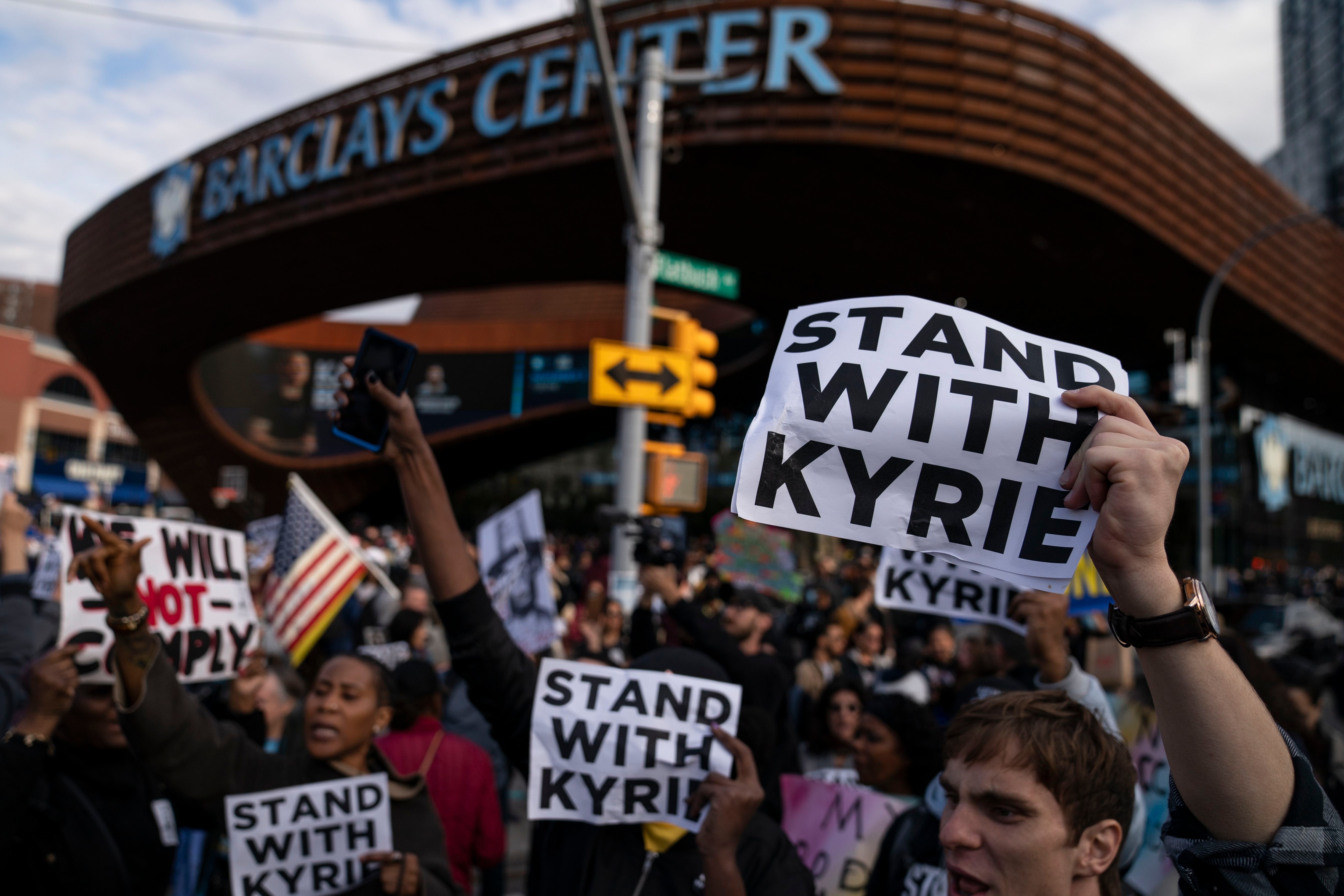 The pandemic-era saga of tennis star Novak Djokovic in Australia this week is but one of many: Pro athletes who have refused to be vaccinated have been put at center court in a larger contest — as famous faces who are becoming proxy players in the accelerating worldwide cultural battles over COVID jabs.

The NBA’s Kyrie Irving missed the first months of the Brooklyn Nets’ season before making a partial return. The NFL’s Aaron Rodgers went from revered veteran to polarizing figure. And we’re still not finished with the diplomatic standoff and fallout over Djokovic’s exemption to play in the Australian Open.

It’s a cultural issue, not a question of numbers. The vast majority of players in professional sports organizations are vaccinated — more than the U.S. population at large — and tacitly or explicitly accept the evidence of their safety and efficacy. But the handful of high-profile objectors represent a new front in what one expert calls the “oversized role of sports” in society’s conversations.

“We look to sports to give us an answer or clarify issues in the larger culture,” says Robert T. Hayashi, an associate professor of American studies at Amherst College in Massachusetts whose specialties include the history of sports. ”Many times, the most detailed conversations we see arising in the culture and the media are regarding sports.”

Their centrality is not necessarily because they are exceptional, but because they serve as avatars for all of us.

“They are all different individuals. They have different approaches,” says Dan Lebowitz, executive director of the Center for the Study of Sport in Society at Northeastern University. “Athletes,” he says, “are no different than really the whole of humanity.”

And in that sense, they are subject to the same information and misinformation — the same receptiveness or stubbornness — as the rest of the population.

“We live in a world where we’ve moved really far away from a central set of facts,” Lebowitz says. “None of these athletes are impervious to all the information that’s coming at them around the world, or impervious to the divisions that we have.”

While figures like Irving, Rodgers and Djokovic are at the center of the conversation, they may not actually be driving it. COVID vaccines, in their brief existence, have been fast-tracked into an elite group of divisive political and cultural issues — things about which people tend to pick a side and stick to it no matter what.

Mark Harvey, a professor at the University of Saint Mary in Kansas and author of “Celebrity Influence: Politics, Persuasion, and Issue-based Advocacy,” says these are the topics on which famous people may actually have the least sway.

“The kind of issues where they aren’t really influential are the traditional wedge issues,” Harvey says. “Celebrities aren’t really going to change anyone’s minds on abortion or guns. For most people, this has become part of what has become a wedge issue.”

Governors turn to budgets to guard against climate change

US consumer prices soared 7% in past year, most since 1982