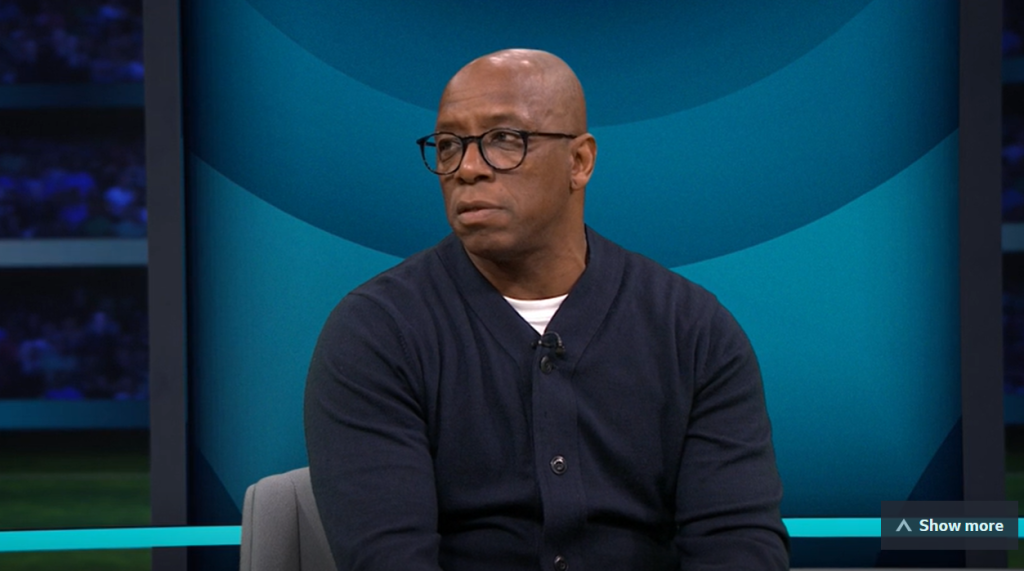 Chelsea’s title hopes could be all but over if they fail to secure three points at the Etihad on Saturday, with Man City eyeing a 13-point lead at the top of the table with 16 matches to play.

Tuchel’s side have drawn four of their last five league matches to fall way behind City, but Wright says Chelsea have an ‘unbelievable chance’ of defeating the defending champions if Kante produces one of his eye-catching performances.

‘Chelsea could easily let Man City come onto them,’ the former Arsenal striker told Premier League productions. ‘You’ve got Kante, he can break down play and he’s so good progressively with his passing forward.

‘He’s so unbelievable at reading and knowing where the danger is. He was so phenomenal at that then people think that’s what his main strength is.

‘This is what [Maurizio] Sarri tried to do with him and Frank [Lampard] tried to with him.

‘They wanted him to win it higher, but they know that because of the calibre player he is, how good he is with running with the ball, one-touch passing, scoring, they tried to move him forward.

‘But then, you think to yourself, why take arguably for me the greatest player I’ve ever seen play that position out of there when he can do everything that he’s doing there?

‘He’s going to have to put in those kind of performances against Man City, because if he does that, they’ve got an unbelievable chance of beating them.’

Wright has also hailed England international Mount ahead of Chelsea’s trip to the Etihad, claiming he is a player Blues boss Tuchel cannot afford to leave out.

Mount has been involved in 14 goals this season, with his dynamism and creativity one of Chelsea’s biggest attributes.

‘When you look at the positions he takes up in games and his movement, he’s always just arriving in the box,’ Wright said of Mount, 23.

‘He’s got all the movements so you think to yourself, “if I leave him out I’m losing too much”.

‘You see his goal involvements as well, you’re losing too much with him not starting. So for me he has to start for Chelsea.’

Tuchel, meanwhile, has said that Manchester City are the ‘benchmark’ as his team prepare to visit arguably the best team in Europe.

‘You need to be on your edge and at the very highest level if you want to compete with Manchester City,’ the former PSG and Borussia Dortmund manager said.

Baby shock but who is pregnant in Emmerdale?