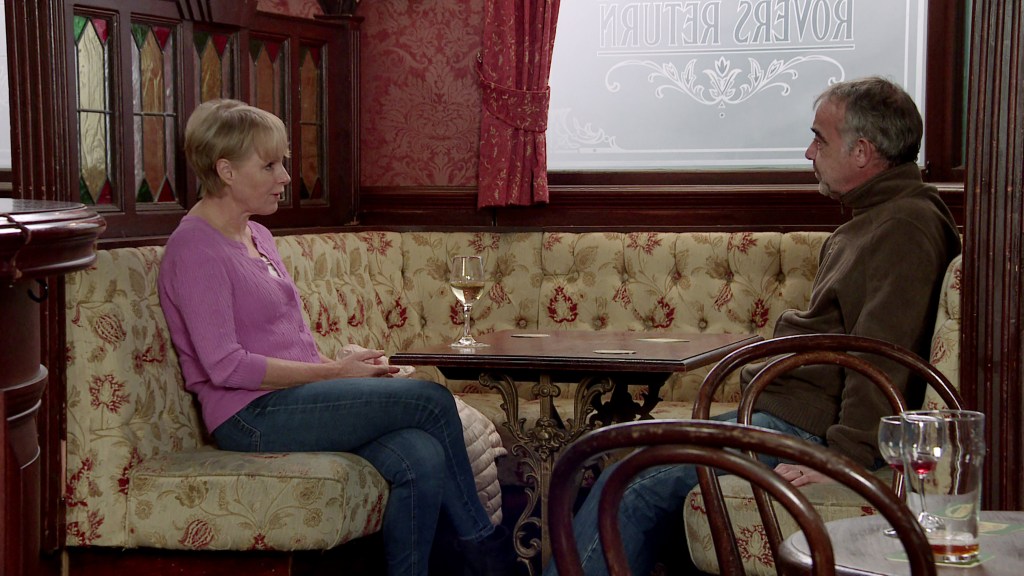 Sally Metcalfe’s (Sally Dynevor) fears will grow in upcoming Coronation Street episodes as she starts to worry Tim (Joe Duttine) is having an affair.

2022 got off to a worrying start for Tim as he paid a visit to the hospital and was told that unless he has a bypass operation, his next heart attack could be fatal.

Since then, Tim has struggled to process the news. He hasn’t told Sally or Faye (Ellie Leach), but is finding comfort from Aggie (Lorna Laidlaw), who’s accompanied him a few times to appointments.

Coming up, an upset Sally is convinced Tim is hiding something from her and is further bemused when she spots Tim with Adam (Sam Robertson).

The next day, Kevin (Michael Le Vell) advises Sally to speak to Tim rather than allow her imagination to run away with her.

Confronting Tim, Sally asks him if he’s having an affair.

Tim denies it but when he refuses to hug her, she finds the denial hard to believe.

Worried about what Tim is up to, Sally installs a tracker on his phone.

But will this lead to disaster?

How will Tim feel if he realises Sally has installed a tracker on his phone?

Will it make the secret keeping even worse?

Do Waitrose’s new ‘tearless onions’ actually work? We put them to the test

EastEnders spoilers: Gray kills Chelsea as he discovers her lie?