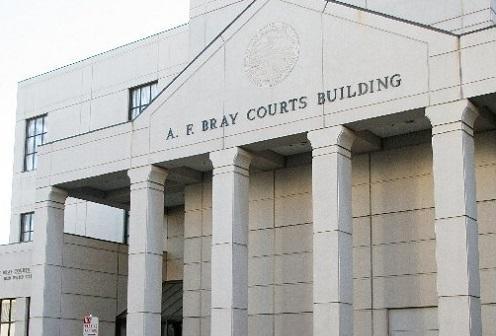 MARTINEZ — A Richmond man has been sentenced to eight years in state prison after pleading no contest to pandering, more than a year after he was arrested in Lafayette with a teen runaway in his car, court records show.

Parrish Rauls, 26, was sentenced in a plea deal that required him to accept convictions for soliciting a prostitute and pandering. He was arrested June 18, 2020, in Lafayette, after Contra Costa Sheriff deputies pulled him over and discovered a 13-year-old girl hiding in the car under a jacket, according to court documents.

Two weeks earlier, the girl and another teen ran away from a group home in the Bay Area and turned up in Richmond. Text messages on one of their phones contained references to prostitution and having a pimp, police said in court papers.

The case was finalized Nov. 30, prosecutors said. Rauls is serving his sentence at the California Rehabilitation Center in Norco, records show.

‘I have been picked on’: Richmond man says teen girls he trafficked ruined his life as he’s sentenced to 10 years

East Bay man charged with human trafficking after he allegedly brought runaway teen to hotel, where undercover cop was waiting

In 2018, Rauls pleaded no contest to accessory to murder, in connection with the March 10, 2016, shooting death of William Malik Barnes, 15, of Richmond. In that case, prosecutors said Rauls alerted the suspected shooter, Bobby Brown III, to Barnes’ whereabouts at a liquor store shortly before the homicide.

Photo of the day: A quiet quinceañera moment at the Capitol rotunda