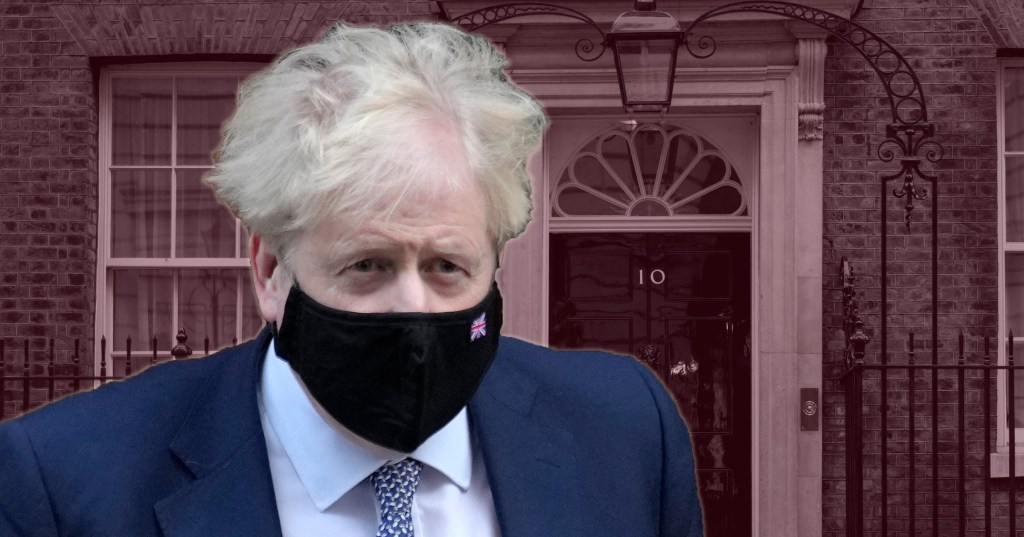 Boris Johnson is facing renewed calls to resign over claims Downing Street held two further lockdown-breaking parties the night before the Queen was forced to sit alone at the Duke of Edinburgh’s funeral.

Advisers and civil servants gathered after work for two separate events on April 16 last year to mark the departures of James Slack, Mr Johnson’s former director of communications, and one of the PM’s personal photographers, The Telegraph reports.

They are said to have danced and drank alcohol into the early hours, with one staffer allegedly sent to a nearby Co-Op with a suitcase to fetch more wine, before the events later merged. Mr Johnson was said to have been away at Chequers at the time.

The following day the Queen attended the funeral of Prince Philip, her husband of 74 years, with a poignant photo capturing her sitting away from the rest of her family at Windsor Castle while wearing a face mask in line with Covid restrictions.

Sir Ed Davey, the leader of the Liberal Democrats, repeated his call for the Prime Minister to resign in the wake of the latest allegations in the ‘partygate’ crisis engulfing Number 10.

He said: ‘The Queen sitting alone, mourning the loss of her husband, was the defining image of lockdown. Not because she is the Queen, but because she was just another person, mourning alone like too many others.

‘Whilst she mourned, Number 10 partied. Johnson must go.’

His comments were echoed by Labour deputy leader Angela Rayner, who wrote on Twitter: ‘The Queen sat alone in mourning like so many did at the time with personal trauma & sacrifice to keep to the rules in the national interest.

‘I have no words for the culture & behaviours at number 10 and the buck stops with the PM.’

Relatives of coronavirus victims said they were ‘sickened’ by the latest reports and called the Tory MPs backing Mr Johnson a ‘disgrace’.

Fran Hall, from Covid-19 Bereaved Families for Justice, said: ‘If your neighbours had behaved like this, you’d have been disgusted. For the people running the country to do it and then lie about it, shows a complete disdain for the general public.

‘We shared the same pain of grieving in isolation as the Queen did. And she must be just as sickened as we are at hearing this. Sadly, instead of doing the decent thing and resigning, we can expect the Prime Minister to continue shamefully lying to our faces.

‘The Conservative MPs that are keeping him in power disgrace their country.’

Reports suggest as many as 30 Tory MPs have submitted letters of no confidence in the PM (Picture: PA)

Clock’s ticking: Bears should try to wrap up general manager search this week