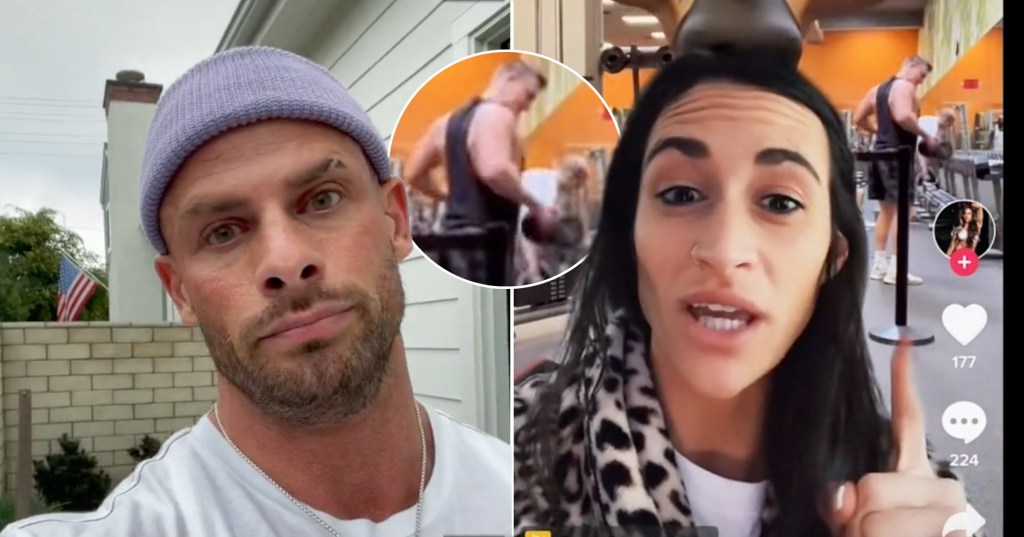 A prime example of why people should mind their own business (Picture: TikTok/TheJoeySwoll)

A round of applause for this bodybuilder, who’s done his bit to call out gym-shaming.

The debate began when user Nikki Montesanti (@nikkii_fitness) singled out a stranger who was exercising behind her in one of her videos.

Annoyed at the intrusion, bodybuilder Joey Swoll (@thejoeyswoll) dueted Nikki’s video and claimed that her judgement was wrong.

‘Now granted, most people do them with a barbell. He’s doing them with dumbbells, so it may look a little strange, a little awkward, but it is a great movement.

However, Joey’s explanation didn’t end there.

‘But what’s most important, what he’s doing and working most of all, is minding his own business.

‘The fact that people at the gym take videos of other people to try and make fun of them blows my mind. Be better than that.’

The video has been viewed over 12million times and in the comments, Joey was overwhelmed with positive responses, with most saying that ‘gym shaming’ is uncalled for.

‘This is literally why I don’t go to the gym… because of people like this. I know I won’t do things correctly and someone will record it,’ wrote one user.

‘That mans pays his membership just like anyone else,’ added another.

While a third commented: ‘Thank you for making this video. People taking videos and posting them to social media is the reason main reason most people are scared to walk into a gym.’

When someone said that they are fearful of being judged in gym settings, Joey offered some brilliant words of encouragement.

The bodybuilder replied: ‘Well, please know Sasha there are good people in there that will defend and protect you!

Send us an email at metrolifestyleteam@metro.co.uk

MORE : Woman gets revenge on ‘cheating ex’ using a lot of glitter: ‘It’ll haunt him for years’

MORE : Woman with rare stomach condition was accused of having an eating disorder

MORE : Dad becomes a makeshift midwife when his wife unexpectedly gives birth on the landing

Why are we so shocked when women look good after a certain age?