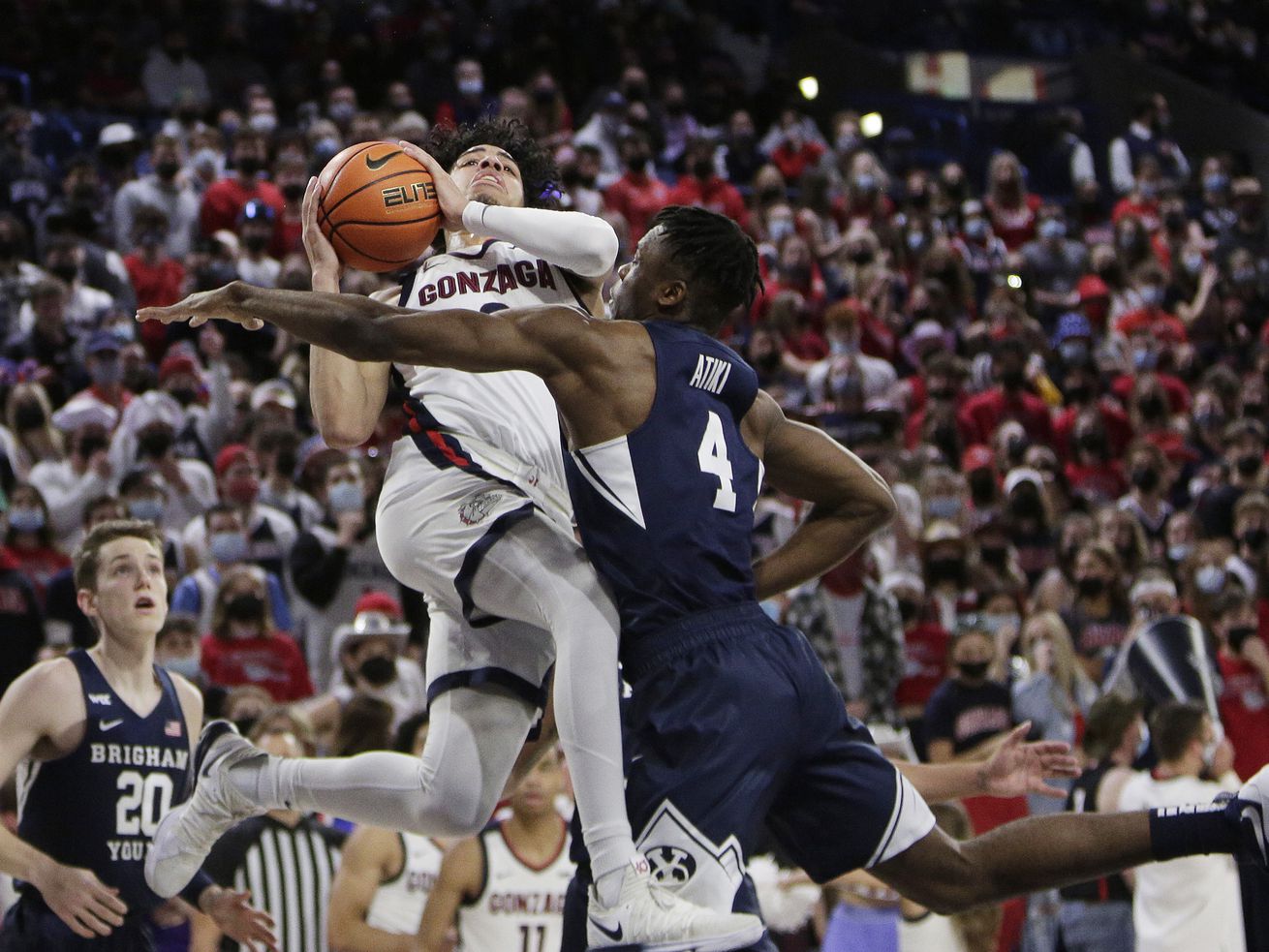 Gonzaga guard Julian Strawther, left, drives to the basket and is fouled by BYU forward Atiki Ally Atiki during the first half of an NCAA college basketball game, Thursday, Jan. 13, 2022, in Spokane, Wash. | Young Kwak, AP

The Bulldogs shot lights out from the field against the Cougars and had four players score in double figures.

Here are three keys to the Cougars’ loss:

Gonzaga shot 69% overall from the floor and 71% in the second half.
The Zags had four players score in double figures — Drew Timme (30), Andrew Nembhard (22), Julian Strawther (20), Chet Holmgren (12).
BYU made 13 3-pointers and Alex Barcello scored 19 points and Caleb Lohner added 17, but Gonzaga was unstoppable.

How the Cougars have prepared for upcoming road trip at Gonzaga, San Francisco

An inside look at how BYU has prepared for fast-paced, talent-laden No. 2 Gonzaga