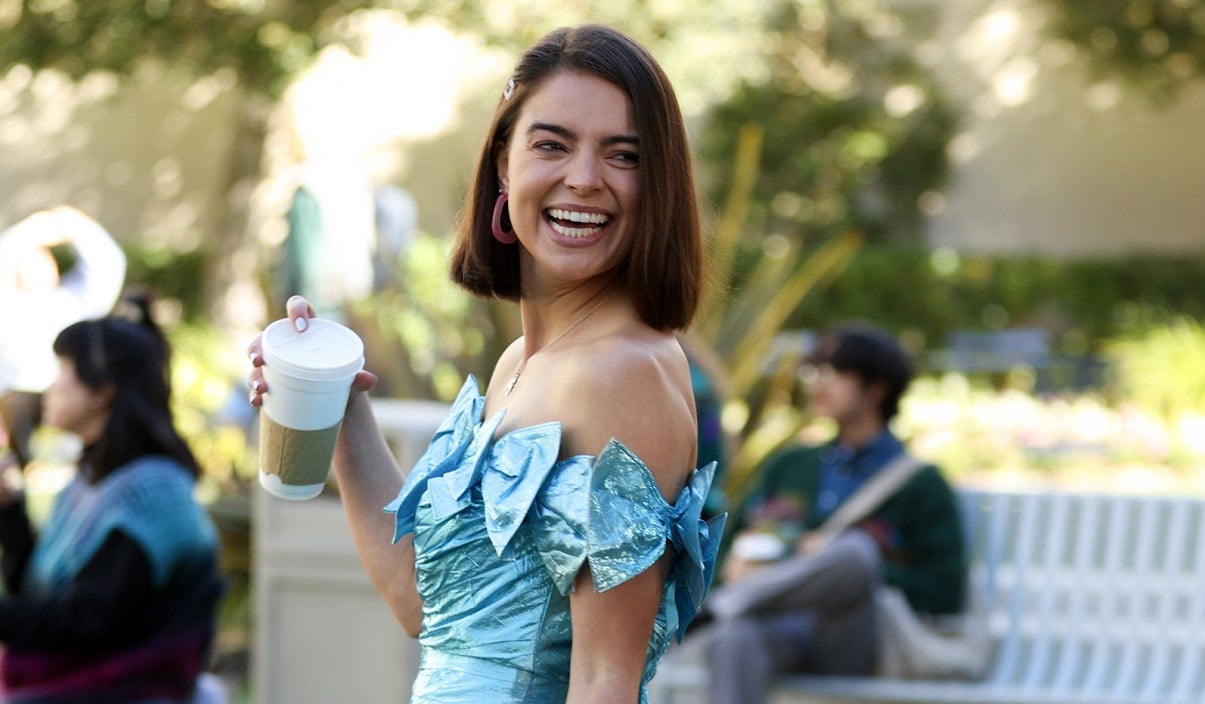 In The Goldbergs episode ‘Hip-Shaking and Booty-Quaking,’ while Beverly (Wendi McLendon-Covey) assumes control of William Penn Academy as “acting principal” and puts together a “Fame”-themed send-off for the senior class, Erica (Hayley Orrantia) and Geoff (Sam Lerner) decide to throw a party. The young engaged couple set out to prove to others (including sorority girl Jean Jacobs) and themselves that they can still have fun.

Above: Katherine Hughes on THE GOLDBERGS (ABC/Raymond Liu)

Jean Jacobs (Katherine Hughes) first appeared on The Goldbergs episode ‘Mr. Ships Ahoy’ as the emcee of Zeta Theta Sigma’s fundraising pageant Mr. Ships Ahoy. In this episode she rocks a strapless, metallic blue mini dress adorned with multiple bows. In another scene (above), she celebratory in a timeless purple crop top.

Katherine Hughes is known for her roles on On Perfect Commando (Rachel), My Dead Ex (Charley), Kingdom (Kayla), and in films including Me and Earl and the Dying Girl (Madison), and Men, Women & Children (Brooke), among others.

When not on a TV or movie set, Katherine enjoys the great outdoors and sometimes in a tiny bikini as seen in the stunning photos above and below. As one fan replied: “So fit.”

The Goldbergs airs Wednesdays at 8 pm on ABC, right before The Wonder Years at 8:30 pm, and The Conners at 9 pm.

Whicker: Rams get their energy from a Kupp that’s never full

Only a Doomsday Cult Could Prepare Moses Storm for Comedy Success