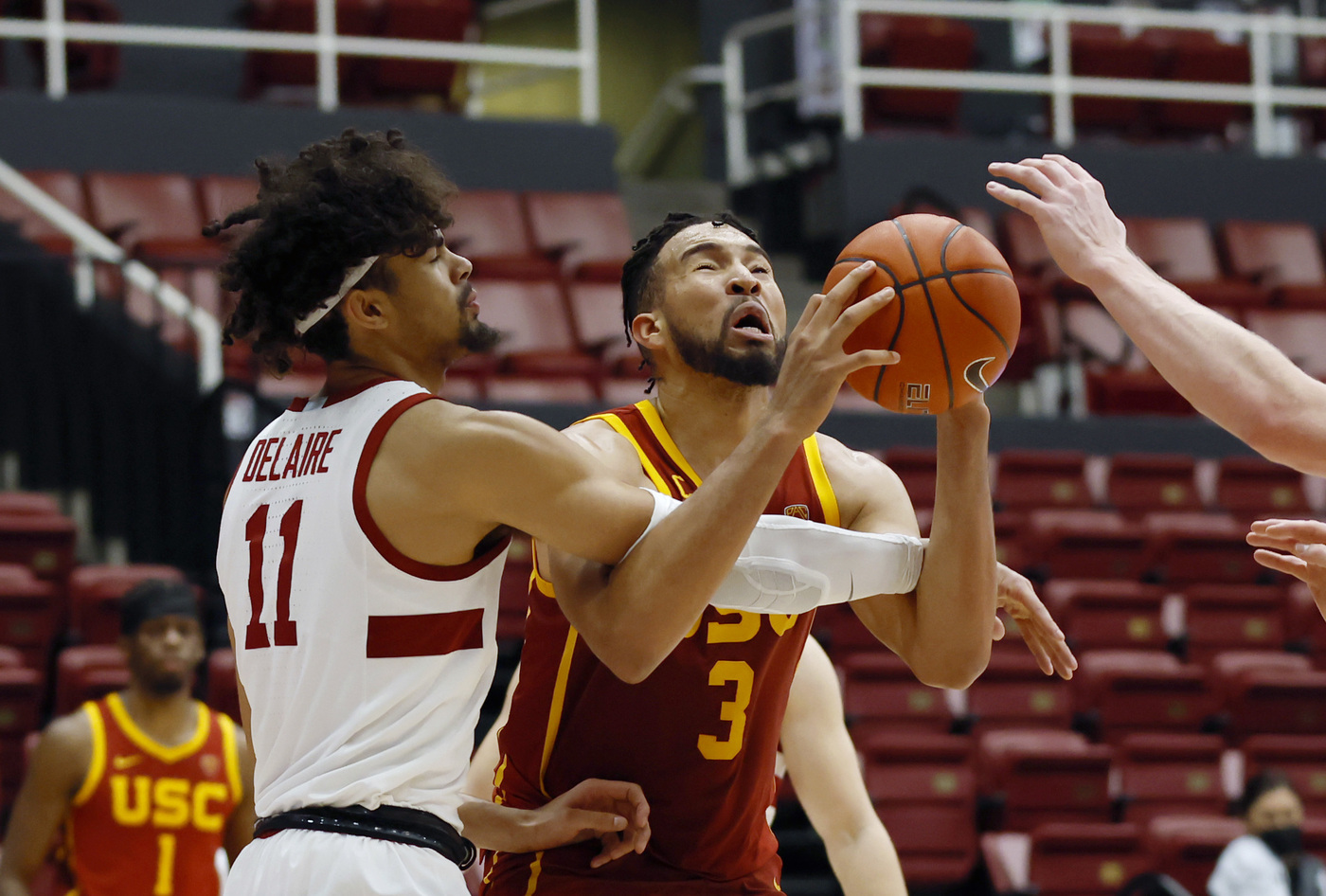 LOS ANGELES — Head coach Andy Enfield didn’t have any grand message to give his USC men’s basketball team on Tuesday afternoon following the Trojans’ first loss of the season.

When the team arrived at Galen Center for practice on Wednesday, there was a film session to dissect the 75-69 defeat. Then it was on to practice, with the fifth-ranked Trojans readying to continue a three-games-in-five-days stretch, starting Thursday night against Oregon State.

“Our players are refocused. We made sure of that,” Enfield said after practice on Wednesday, before adding with a smile, “And if they’re not refocused, they won’t play a lot of minutes tomorrow.”

During the film session, Enfield and the coaching staff’s primary focus was on the defensive side of the ball. In the first 12 games of the season, USC (13-1 overall, 3-1 in Pac-12) held all of its opponents below 40% shooting from the field. In the two games since the Trojans returned from their COVID-19 pause, both Cal and Stanford have beaten that mark.

The Cardinal shot 43.9% against USC and particularly hurt the Trojans from 3-point range, knocking down 10 of 24 attempts. Enfield felt that the team did not adhere to the scouting report and allowed Stanford to get looks that USC had wanted to prevent entering the game.

“We didn’t defend at the level that we’ve been defending all season,” Enfield said. “Every time we got a four- or five- or six-point lead, it seemed like we made a defensive mistake or two or three in a row. Just uncharacteristic.”

Guard Drew Peterson added that USC did not play with the right energy against the Cardinal. But the team felt good about Wednesday’s practice. It wasn’t an intensive session given the busy game schedule this week, but the players communicated with each other and showed attention to detail.

The Trojans will try to carry that over against the Beavers, who have sputtered to a 3-11 start to the season after last year’s run to the Elite Eight of the NCAA Tournament but took Oregon to the buzzer in a 78-76 loss on Monday.

“We knew at a certain point a team was going to come ready to play against us and we were going to play bad,” Peterson said. “We’re all locked in, ready to go the rest of the week and get back on track.”

All hostages out and safe at Texas synagogue, governor says

Photo of the day: A quiet quinceañera moment at the Capitol rotunda