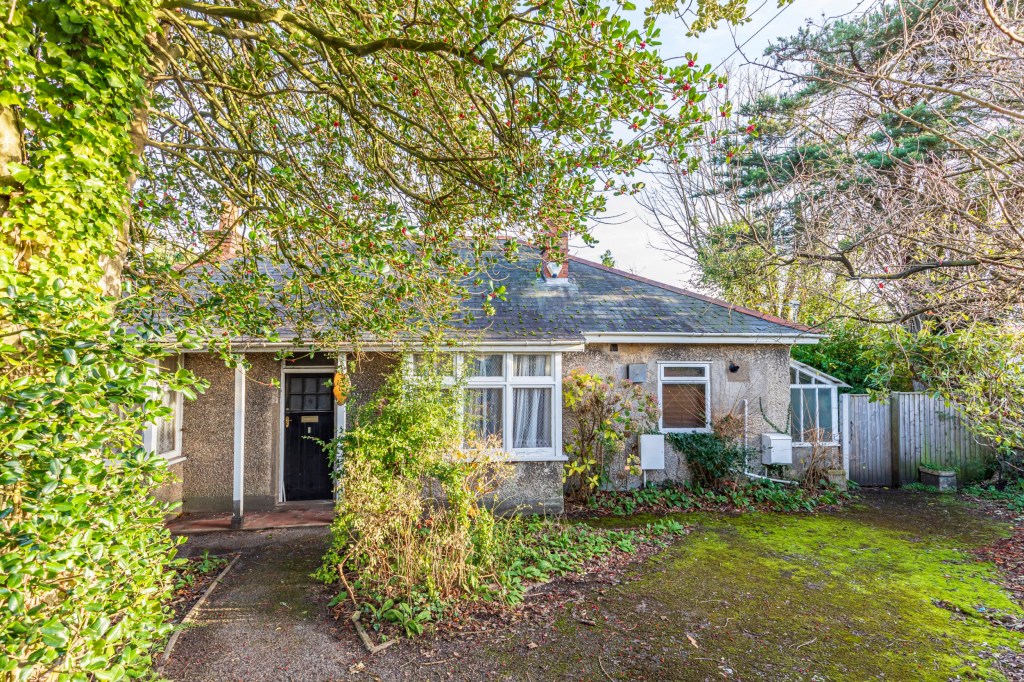 The bungalow might not look like much from the front, but wait ’til you see it from the back (Picture: Leader Fox/BNPS)

When you look at this bungalow, on sale for £300,000, your eye might go straight to the grime on the walls or the derelict kitchen.

But hold on a minute – what’s that in the back?

Tucked away behind the 1930s home is something pretty incredible: a massive secret garden.

Coming in at 520ft in length and 65ft wide, the plot of land is a tad overgrown at the moment, but offers a whole bunch of potential – whether you fancy creating a garden of dreams or want to extend the house across the land.

The sale doesn’t come with any planning permission in place, but experts reckon it would be straightforward to get consent to build on the land. So it’s a developer’s dream.

The bungalow belonged to an elderly couple for 40 years, who took a lot of pride in maintaining the garden.

But in the years leading up to their deaths last year, the work became too much and the garden lost its way, while the home sunk into rundown territory.

Now, the three-bedroom house is in need of a complete renovation, but it’s got bags of potential.

With 1,220 sq ft of interior space, there’s a kitchen, a lounge, a dining room, three bedrooms, and one bathroom.

It sits in a residential suburb of Poole, Dorset, and is just a short drive to the beach.

It’s only up for sale for cash buyers (sorry to those who’ve just about scraped together a deposit), and estate agents Leader Fox say they’ve already had a lot of interest.

The interiors need some work, though… (Picture: Leader Fox/BNPS)

‘It is a 1930s bungalow and the lady and gentleman that lived there had been there at least 40 years, up until six months ago.

‘The property needs complete renovation or redevelopment. We’ve had a couple of families interested in doing up because of the size of the garden and we’ve had a few developers and some keen DIY enthusiasts.

‘The real benefit is it’s an acre plot, which lends itself to so many opportunities.

‘You can tell the garden was really loved by the family at one point, but it is a bit overgrown now and could do with some attention. Everything in the area has been built on, you just don’t get a plot of this size anymore.

It looks like Greggs is bringing back the sausage, bean and cheese melt

How young is too young for a cup of tea? The facts about letting kids have caffeine

Inside a decaying ‘time capsule’ house left untouched for 19 years