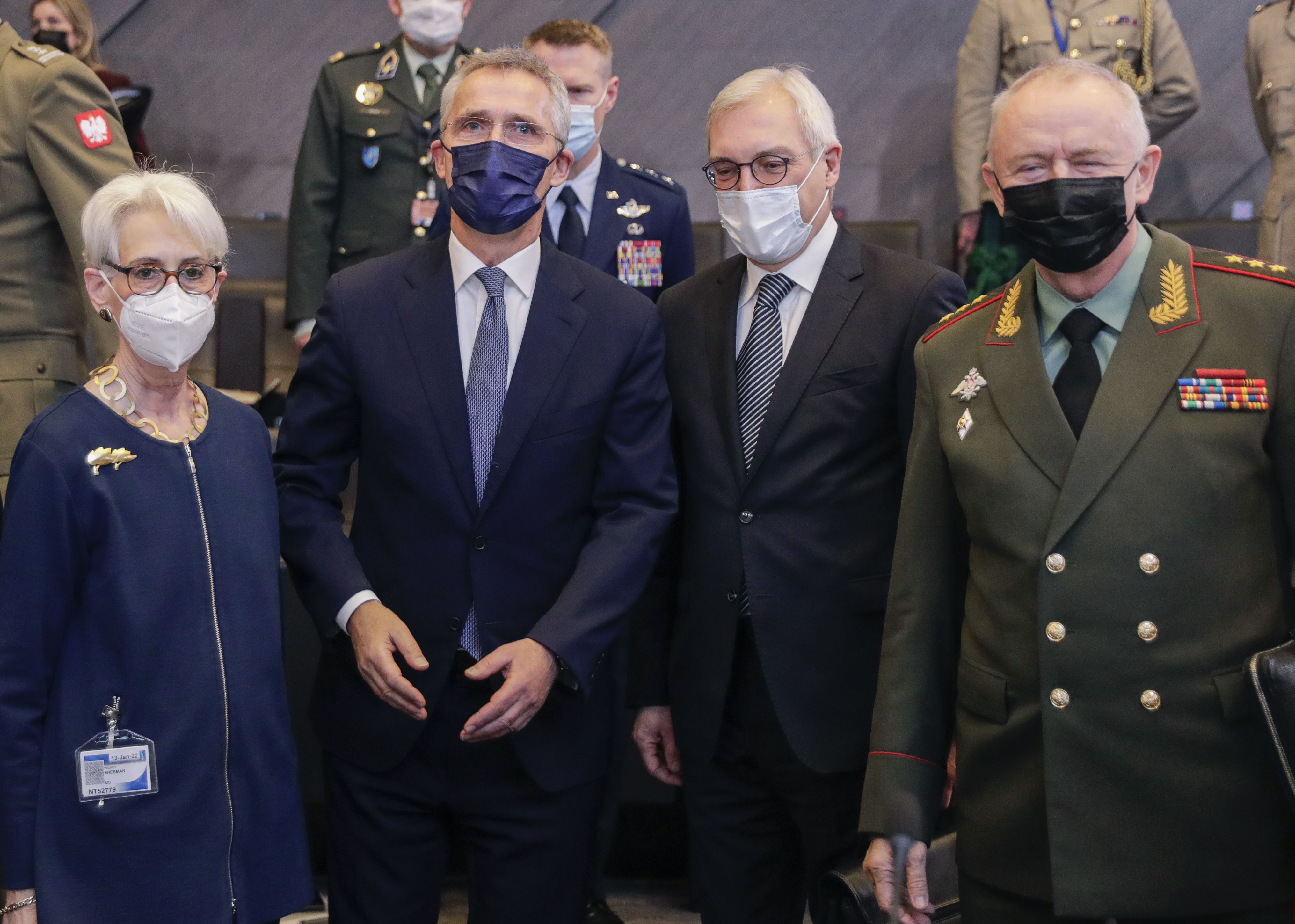 The Kremlin on Thursday said it deplored the lack of progress in talks on Moscow’s demand for security guarantees against NATO’s eastward expansion and strongly rebuffed Western calls for a pullback of Russian troops from areas near Ukraine.

Russia and the West took uncompromising stands during the talks this week to discuss the tensions over Ukraine. While Moscow demanded a halt to NATO expansion, Washington and its allies firmly rejected them as a nonstarter.

Monday’s Russia-U.S. talks in Geneva and Wednesday’s Russia-NATO meeting in Brussels failed to narrow the gap, although the parties left the possibility open for future talks on arms control and ways to prevent military incidents between Russia and the West.

Peskov noted “some positive elements and nuances” during the talks, but noted stark disagreements on Russia’s key demands.

“The talks were initiated to receive specific answers to concrete principal issues that were raised, and disagreements remained on those principal issues, which is bad,” he said in a conference call with reporters.

Peskov criticized the proposals by Senate Democrats as an attempt to up the pressure on Moscow during the talks, saying it wouldn’t work.

“It concerns sanctions, which taking into account the inevitable adequate response, effectively amount to an initiative to rupture relations,” he warned, adding that Russian will respond in kind to protect its interests.

The talks come as an estimated 100,000 combat-ready Russian troops, tanks and heavy military equipment are massed near Ukraine’s eastern border. The buildup has caused deep concerns in Kyiv and the West that Moscow is preparing for an invasion. Russia denies that it’s pondering an invasion and in turn accuses the West of threatening its security by positioning military personnel and equipment in Central and Eastern Europe.

Peskov rebuffed the West’s calls for Russia to help deescalate tensions by pulling back troops from areas near Ukraine, noting that the country is free to move them wherever it deems necessary on its own territory.

“It’s hardly possible for NATO to dictate to us where we should move our armed forces on the Russian territory,” he said.

Peskov emphasized that Russia is ready to continue the talks but wants them to produce results. “There will be no deficit of a political will to continue the negotiations,” he said.

Tensions revolving around Ukraine and Russia’s demands on the West again appeared on the table at Thursday’s meeting of the Organization for Security and Cooperation in Vienna.

Polish Foreign Minister Zbigniew Rau, who assumed the position of the OSCE Chairman-in-Office, noted in his opening speech that “the risk of war in the OSCE area is now greater than ever before in the last 30 years.”

“For several weeks, we have been faced with the possibility of a major military escalation in Eastern Europe,” he said. “We have recently …read more