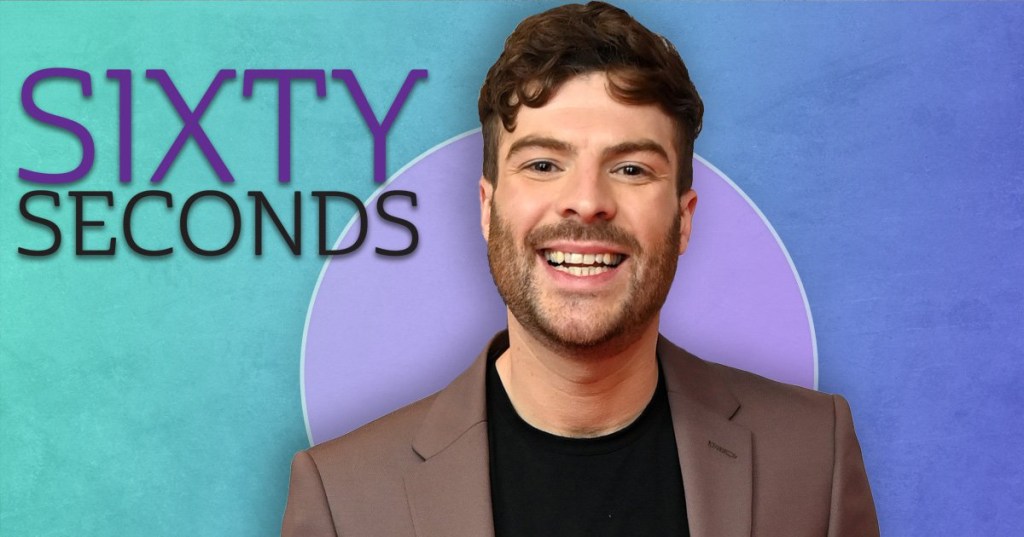 Jordan’s life has changed after I’m A Celeb – sort of (Picture: Rex/Metro.co.uk)

Radio 1 DJ Jordan North, 31, on what happened after going on I’m a Celebrity and why it costs him a new kitchen.

Are you enjoying drive time with Vick Hope on Radio 1?

One minute I’m absolutely buzzing to be on a big daytime Radio 1 show and the next minute, I’m like, ‘Oh my God! I’m on a show on Radio 1! I hope I don’t mess this up!’

Once we’re in the studio, we’re fine. Vick and I just clicked. She’s so funny.

What made you so keen to have a career in radio?

We moved a lot when I was young because my dad was in the Army and every place we’d go, I’d always listen to the local radio stations.

And then, when I was at school, they started a media course and a teacher said I’d be good at it. I know it sounds cheesy but lads like me… I didn’t know you could be on the air.

All my mates from home have got a trade and I did a bricklaying apprenticeship when I was 16 but was no good at it.

My mum was nagging me to get a job so I went to a college open day where there was a media course, which I got my highest GCSE in.

Were you inspired by any particular DJ?

I was very much a listener of that Chris Moyles era. I used to love his show. When I was younger, I was a caller on Scott Mills’ show for one of his features so I idolised him.

He said some really lovely stuff about me in 60 Seconds recently so I sent him a text thanking him.

Jordan became a household name after his stint on I’m A Celebrity: ITV/REX)

We joke now because we’re good friends but when I first started at Radio 1, I was like [in a high-pitched voice], ‘Hi Scott, how are you?’ I was so nervous. I used to love Sara Cox’s show too.

You went on I’m A Celebrity and your life changed…

Yeah, how did that happen? I’ve watched the show since I was a kid and I nearly didn’t do it because I was happy being on the radio but my mum said, ‘You’ve got to do it.’

Let’s be honest, I was the least known in there out of everyone so when I was sick on that cliff and being voted for every trial, I honestly thought I was going to go first. And when I didn’t go, I thought halfway at best.

I never expected to get to the final – not with Beverley Callard, Shane Richie and Vernon Kay in there, who are proper famous people.

Actress Beverley Callard is now one of Jordan’s mates, much to his own surprise (Picture: ITV/REX/Shutterstock)What was life like when you came out of the castle?

It was mad. It first dawned on me when I …read more