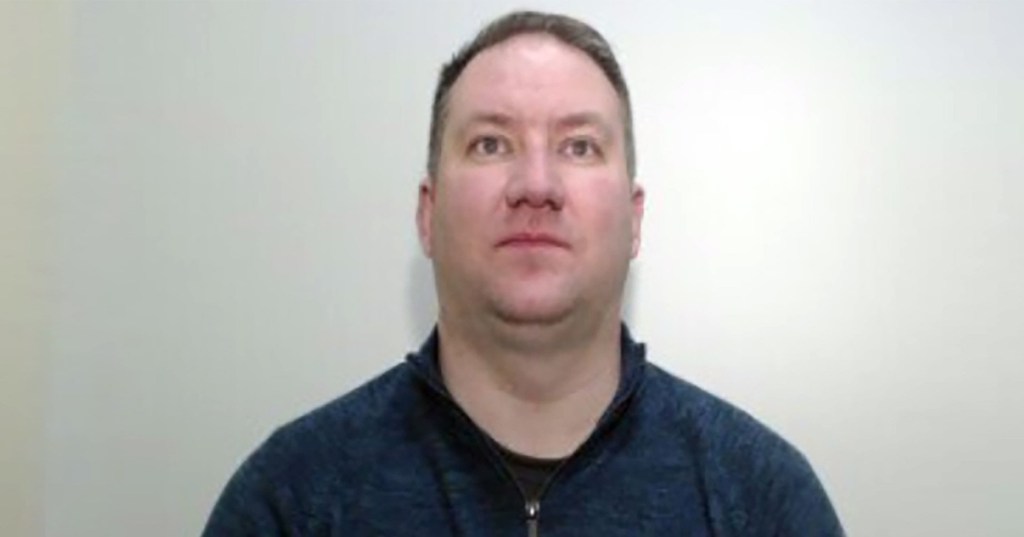 A detective who used a police station computer to arrange sex with an eight-year-old girl has been jailed.

Lee Cunliffe, 40, from Bolton, chatted online with a mother who he thought was offering her daughter for sex.

The detective constable for Greater Manchester Police (GMP) boasted about how he would travel to London to abuse the girl.

But what he didn’t know was that the woman he was speaking to was an undercover officer involved in a sting operation to snare paedophiles.

A subsequent investigation revealed that Cunliffe, who worked in GMP’s specialist sex crime unit, had closed a probe into a suspected paedophile, and viewed seized images for his own perverse pleasure.

The married dad-of-one’s sick sexual interest in children first emerged in September, 2020, following a sting operation by the Metropolitan Police.

An officer at the London force, posing as ‘Mel’, started a conversation with Cunliffe, who was using the handle ‘Steve S mancgent1’ on the internet chatroom KIK.

Cunliffe used a computer at his police station to chat to a woman he thought was offering her eight-year-old daughter for sex (Picture: PA)

The detective spoke about Mel’s fictional eight-year-old daughter ‘in order to sexually abuse her’, telling her that he was ‘not simply a fantasist’, Liverpool Crown Court heard.

‘A fantasist in the paedophile world is someone who would talk about abuse all day long but never actually travel or come out from behind their devices to abuse. The defendant is saying that he is not one of these,’ the investigator explained.

Cunliffe, who spent 17 years in the force, told ‘Mel’ his job gave him the ‘freedom to travel’ and that he visited London five or six times each year.

Typing from Swinton police station, said he planned to visit the capital the following month for three nights and detailed how he could get the girl to perform sex acts on him.

Millionaire breeders who sold bulldog puppies for £20,000 must pay it all back

Cunliffe was arrested and his iPhone was seized. Officers also raided his home and found evidence of files between 2014 and 2018 indicative of child abuse were found on his Toshiba laptop.

Analysis of the laptop also revealed Cunliffe had accessed a disc from the force’s High Tech Crime Unit in April 2020 while off duty.

This prompted another investigation which revealed Cunliffe had viewed more sick images as part of a 2019 investigation concerning a 15-year-old girl.

Craig David may come face to face with ‘stalker’ in court