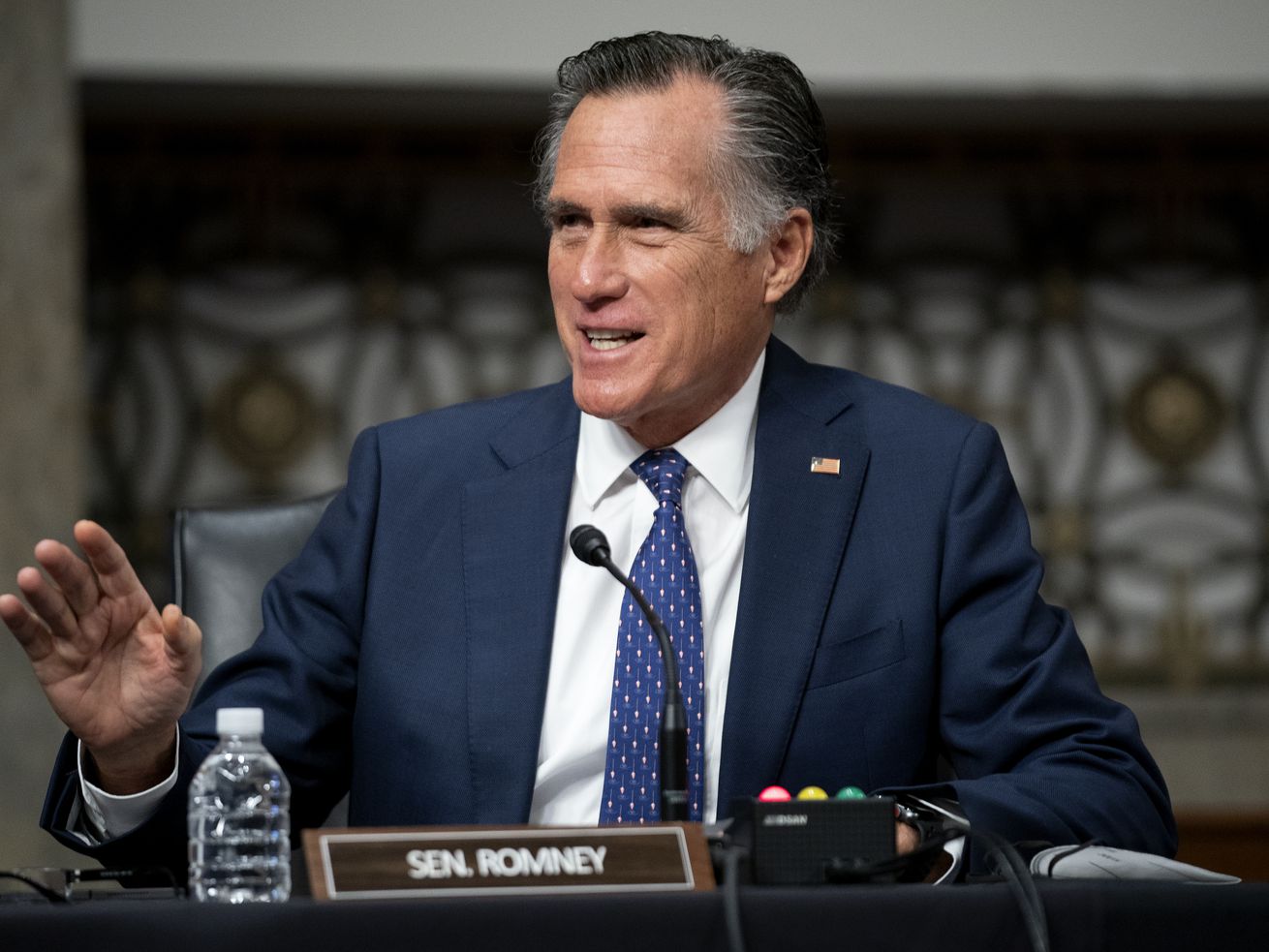 Sen. Mitt Romney, R-Utah, speaking at a committee meeting on Tuesday, Jan. 11, 2022 on Capitol Hill in Washington. Later in the day, Romney criticized a speech by President Joe Biden about doing away with the Senate filibuster rule.. | Greg Nash, Associated Press

Utah’s two Republican senators condemned Democrats’ effort to eliminate the Senate filibuster as President Joe Biden said Tuesday there is “no option” but to eliminate the rule to pave the way for sweeping voting rights legislation.

“Let the majority prevail,” the president said in a forceful speech at Clark Atlanta University in Georgia. “And if that bare minimum is blocked, we have no option but to change the Senate rules, including getting rid of the filibuster for this.”

The 100-member Senate is evenly split between Democrats and Republicans. The filibuster rule requires 60 votes to pass most bills.

In a speech on the Senate floor shortly after watching the president’s remarks in Atlanta, Sen. Mitt Romney spoke against doing away with the filibuster and likened Biden to former President Donald Trump regarding elections.

Romney, who opposes the voting rights bill, noted that Biden said in his speech that the goal of some Republicans is to “turn the will of the voters into a mere suggestion.”

“And so President Biden goes down the same tragic road taken by President Trump, casting doubt on the reliability of American elections. This is a sad, sad day. I expected more of President Biden who came into office with a stated goal of bringing the country together,” Romney said.

State legislatures, he said, can pass anti-voting laws with a simple majority.

“If they can do that, then the United States Senate should be able to protect voting rights by a simple majority,” he said. “I support changing the Senate rules which ever way they need to be changed to prevent a minority from blocking action on voting rights.”

Biden had previously treaded lightly on the filibuster debate. He opposed any significant changes to the rule during his 36 years in the Senate.

The election and voting rights bills have hit a wall in the Senate, blocked by a Republican-led filibuster and leaving Democrats unable to gain the 60 votes needed to advance them.

The House has approved voting rights legislation, but Democratic Sens. Joe Manchin, of West Virginia, and Kyrsten Sinema, of Arizona, oppose changing Senate rules to get around a GOP filibuster. They have argued that if and when Republicans control the Senate, they could use the lower voting threshold to pass bills Democrats oppose.