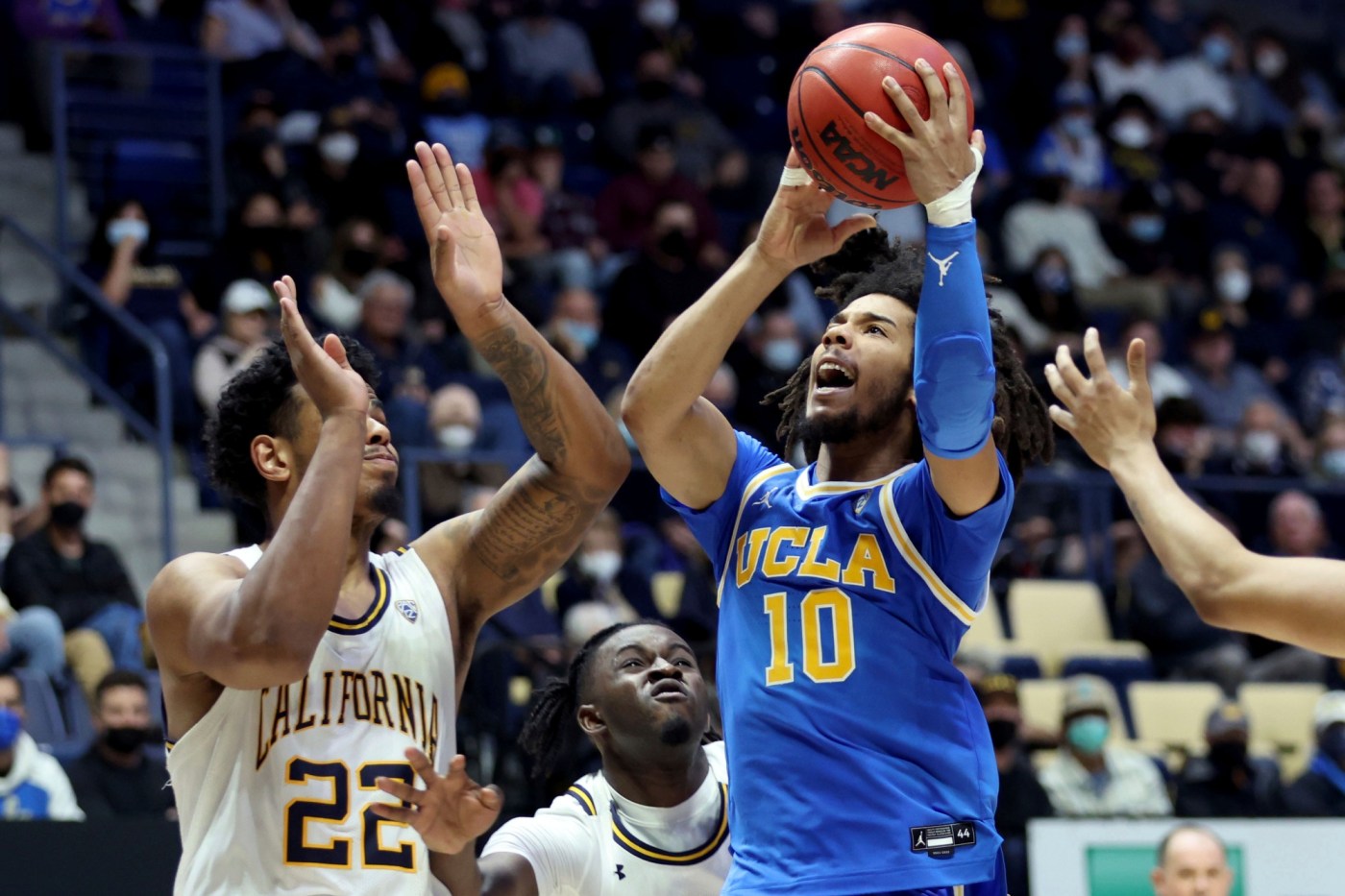 Postponement has been the opponent of normalcy for college basketball this season due to COVID-19. It’s why the UCLA men’s basketball team has played only one conference game at a time (when it’s usually two a week) up until this point.

It’s beginning to look like rescheduling will make things different, too. UCLA will play three conference games in one week at the end of January after the Pac-12 rescheduled the game with Arizona for Tuesday, Jan 25, before the Bruins host Cal and Stanford on Jan. 27 and 29.

UCLA point guard Tyger Campbell is helping the Bruins keep pace. The redshirt junior was named the Pac-12 Player of the Week after averaging 14.0 points and 7.0 assists in the Bruins’ two wins last week. He’s tallying 12.8 points per game while shooting an impressive 50% (24 of 48) from the 3-point line, which is twice as good as last year (18 of 72).

“All of the coaches played a great role in my development. I give credit to all of them,” Campbell said of his improved shooting. “And the (team) managers, too, they rebound for hours.”

He’s also averaging 5.4 assists per game, which helps him to be ranked third in the nation in assist-turnover ratio and first in the Pac-12 in that category. Campbell has registered a 4.3-to-1 ratio with 52 assists and 12 turnovers in 11 games.

His play – if it continues – could put him in contention for the conference player of the year, a goal that is attainable, according to UCLA coach Mick Cronin.

“Consistency is what all these guys are trying to achieve. I want (Tyger) to chase that,” Cronin said of the yearly award. “My talks with him in the offseason were about going from good to great. He’s putting in the work and he’s reaping the benefits of his offseason work. It’s made us a much better team in a lot of different ways.”

Campbell, who tallied his first double-double this season with 11 points and 10 assists (with no turnovers) against Long Beach State on Thursday, was humble about the award.

“I didn’t celebrate or anything. I’m thankful for the award, but we have two games this week we have to win. I’m just thankful we got the wins last week,” Campbell said.

Oregon has a different look, including transfers De’Vion Harmon from Oklahoma, Jacob Young from Rutgers and Quincy Guerrier from Syracuse, all of whom average more than 24 minutes per game and have logged double-digit starts this season.

“Early on, they struggled to score. They have a lot of new parts, trying to plug transfers in is not always seamless. Last year, they really had a returning squad. They were a well-oiled machine,” Cronin said of the Ducks. “This year, it’s taken them some time. But in their last five games, they’re averaging 78 (points) a game.”

Bright side to the pandemic: more time to read books

Jimmy Kimmel Tries to Start a Fight Between Trump and DeSantis